Started as a college project, this company is aiming to provide electricity to villages using solar systems 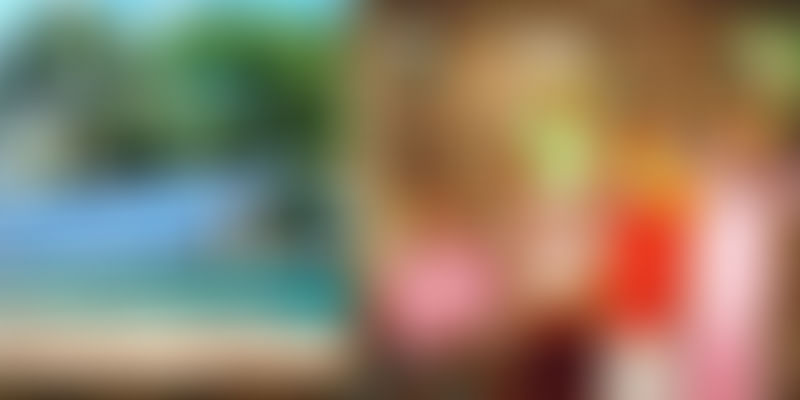 Free Spirits has been working on installing solar micro grids in small rural communities, which can provide power for upto eight hours a day.

A simple form of charged particles from which energy can be derived is electricity. Having figured that out, science has been used in ways to make our lives easier. Light bulbs, fans, heaters, coolers, washing machines: everything in today’s world uses some form of energy. But, due to many reasons, a lot of people can not have access to it. Villages in India still spend their nights in darkness.

Nitin Saini, CEO of Free Spirits, started his journey in rural electrification back in 2013, while he was still in college. Under the guidance of well-renowned professor Dr Kumar Krishen, he started distributing small products, such as mobile chargers and solar home systems for research. The people appreciated electricity, even in the smallest forms. The initiative was well-received.

After joining his corporate job as an Oracle employee, he joined hands with Rahul Talreja, who was back then an employee at Accenture, to start Free Spirits Green Labs, a company that works towards bringing electricity to the rural regions through solar energy. Even though this was an initiative they could work on after their work hours in their corporate jobs, they poured their heart and soul into it. They spent their time educating college students about the value of solar energy and the systems required to use it.

In mid 2016, the co-founders quit their corporate jobs to concentrate completely on Free Spirits. Their first project was in West Bengal, where they were requested by another company to help in electrifying the villages. During this venture was when they realised the gaps in the efforts by the companies - the lectures they were giving in colleges were more necessary in villages as these villages that have solar systems do not have the knowledge to maintain and utilise this energy to its complete potential. They also realised another flaw in companies selling solar systems: the villagers needed to harness this energy more.

Their strategy changed from just lending a hand in installing solar systems in rural areas to also training a chosen personnel in that village to maintain the system. To make communication between the system, the personnel from the area and the company very simple, an IOT platform was developed by Free Spirits to automate the entire process. TrackSo is a cloud-based monitoring platform to track the performance, to spot or predict failures and possible maintenance, giving full control of the system without actually being present there.

Free Spirits has been working on installing solar micro grids in small rural communities, which can provide power for upto eight hours a day. They also provide solar home systems to power a rural house. Solar charging stations were developed to be installed in a shop or community centre or campus, and their solar farming systems were developed for all irrigational needs.

Free Spirits also focusses its energy on solar education. Their vision is to provide practical learning, exposure to real life problems that can be solved by solar energy, and create awareness about the pivotal role it plays in development of rural areas. The solar education initiative is uniquely designed to cover all the major concepts of solar technology and its applications. Many educational workshops have been organised to promote solar electrification.

The villages in Gorakhpur and Maharajganj in Uttar Pradesh are plunged into darkness every night. With a population of 27,000 people, many of whom earn their living through farming or micro-enterprises, lack of electricity is a major struggle. Their low incomes and the charges of obtaining electricity give very little scope of profit. Children in these villages cannot study because of no electricity. Even household chores are put on hold because of this.

Free Spirits has started a crowdfunding campaign to install solar grids in these villages, to light their shops and maintain the grids. Expansion of the grids to include more shops and homes can be done with more funds. TrackSo would be used to monitor the systems, and a local technician would be equipped with enough knowledge about the installation and maintenance of the device.