5 books on feminism Emma Watson wants you to read 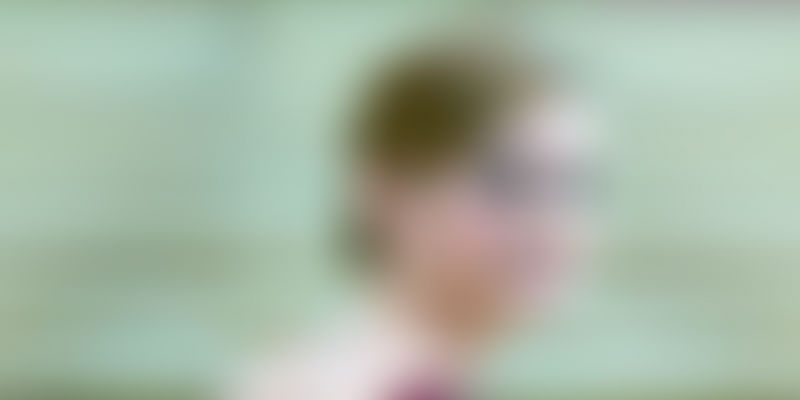 Our favourite little Hermione Granger has grown up to be precisely what we expected of her – a fighter of the people and for the people. No longer confined to the walls of Hogwarts, critically acclaimed actress Emma Watson credits a large portion of her personality to our favourite fictional character.

She strives to embody the persona of a strong, independent woman both on screen and off, and it was this very trait that won her the role of ‘UN Women Goodwill Ambassador’ in 2015. Her powerful speech on feminism and female empowerment on this occasion, as well as her launch of the famous HeforShe Campaign, definitely won her increasing favour among men and women from all social backgrounds and ages.

Keeping to the spirit of her overall aim of making men and women aware and accept feminism and practise it, she launched a feminist book club called ‘Our Shared Shelf’ in January of last year.

"“As part of my work with UN Women, I have started reading as many books and essays about equality as I can get my hands on. There is so much amazing stuff out there! Funny, inspiring, sad, thought-provoking, empowering! I’ve been discovering so much that, at times, I’ve felt like my head was about to explode,” she told The Independent.

Every month, Watson chooses a book (which she has not yet read herself) and gives club members a month to read it, before commencing a discussion on the same through the Goodreads forums.

On that note, here are five important books on feminism that the Harry Potter star recommends you read for a greater understanding on the subject and its philosophy:

The Vagina Monologues by Eve Ensler

“This book isn't strictly just a book - it's a play that became a political movement that became a world-wide phenomenon. Just say the title The Vagina Monologues and, even now, twenty years after Eve Ensler first performed her ground-breaking show, the words feel radical.” – Emma Watson (source)

Ensler’s The Vagina Monologues may have been published over a decade ago, but it still remains one of the most empowering works that exist today. The author quite simply encouraged women to break the taboo on speaking about their vaginas. What followed was an amalgamation of quirky, exciting, and inspiring anecdotes regarding women exploring their sexuality, without judgement or censure.

My Life on the Road by Gloria Steinem

“You should write about take no-shit women like me. Girls need to know they can break the rules.” (source)

Writer, activist, and leading feminist of our times, Gloria Steinem gets candid in her famous account of her early life on the road, the people she met, the things she experienced, and the change she wished to spark.

The Colour Purple by Alice Walker

“I've heard amazing things about this book from a person that I trust. The musical is currently on Broadway (starring Cynthia Erivo, Jennifer Hudson and Danielle Brooks) and a film was made of the book in 1985 by Steven Spielberg. It was Oprah Winfrey’s film debut and introduced Whoopi Goldberg (I love both of these women). I’m excited to read it and maybe do some watching too.” –Emma Watson (source)

Walker won the Pulitzer Prize for this book back in 1983, which was later adapted into a movie and then musical of the same name. The story follows the life of a few coloured women living and surviving in the South America of the 1930s. Speaking about the extremely challenging social issues of domestic abuse, social contempt, and newly discovered sexuality, this book makes you cry but leaves you with a rekindled faith in humanity and empowerment.

“As Iran enters another important period of change, with relations re-opening with much of the world, I think this is a particularly good time to pick up Persepolis. Satrapi's deceptively simple, almost whimsical drawings belie the seriousness and rich complexity of her story – but it’s also very funny too.” – Emma Watson (source)

A book on female empowerment in the guise of a ‘coming of age’ categorist, Satrapi’s Persepolis, which was later adapted into a movie, speaks about the protagonist’s journey of growing up as a woman in Iran during the Islamic Revolution. Through the break and fall of regimes, changing political and social structures and the constant subterfuge to belittle the female race, the protagonist’s outspoken bid to challenge the patriarchal norms and build an independent life for herself is one of the most inspiring stories written for women and men everywhere.

How to Be a Woman by Caitlin Moran

“Caitlin Moran is an English hero of mine who I think you need to know. I read ‘How To Be a Woman’ on a plane from London to New York and I laughed out loud and cried so much I think the whole of my cabin, airline staff included, thought I was losing my mind.” – Emma Watson (source)

A rib-tickling humorous take on the everyday struggles of being a woman – from being expected to undergo Brazilian waxes, the societal pressure of getting married and having babies – Moran traces it all. She picks hilarious instances from her own life while analysing these very serious challenges. Another must-read for the ‘Our Shared Shelf’.

So turn off the binge-watch for this weekend and start reading!