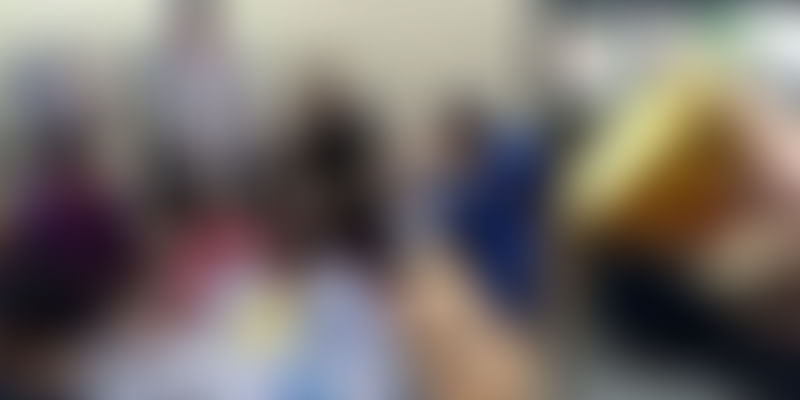 An estimated 500 billion to 1 trillion plastic bags are used worldwide every year. According to Toxics Link, an environmental NGO, Delhi alone generates almost 250,000 tons of plastic waste every year. Plastics have facilitated innovation and convenience in almost every facet of our lives, despite its harmful effects. The consumption of plastic in India is increasing by an average of 10% every year and it is likely to reach 200 lakh tonnes by the year 2020 due to growing use of different forms of the commodity.

Owing to its uncontrolled usage, it can be very well said, "We live in a plastic world."

Edible cutlery today is a trend that substitutes plastic in the disposable utensil bazaar. To seek a solution to plastic menace in India, Patradaya is one such maiden project undertaken by a group of students. The Enactus group of Kirori Mal College (KMC)works on the lines of social entrepreneurship for community development. Enactus is a student-led non-profit organisation and operates as a combination of volunteer and business model. Students work as volunteersand they look out for a community afflicted with poverty/unemployment or facing any social exclusion. A business model is then built around the skill set of that community. Project Patradya has also been functioning on the same lines.

The organisation has grown substantially within a year since its commencement - April 2016. A team consists of 40 students. The plastic domination was challenged with the idea of edible cutlery and finally, the 'aha moment' happened after months of research and brainstorming sessions.

The project caters to a community of Afghan Refugee women who are the makers of Patradya. They are the driving force to manufacture edible bowls and glasses using multi-grain victuals like ragi, millet, wheat. This community of women issettled down in the Bhogul District of Lajpat Nagar, New Delhi.

The team has also presented its idea at various B plan competitions and has three business personalities on its advisory board. They have tied up various organisations and now, the team has launched a School Outreach Programme to extend its reach to households, schools, and MNCs.

Linus Pauling, a Nobel Laureate in chemistry said, "Good Nutrition will prevent 95 percent of all diseases" and Patradyais completely nutrition packed within a bowl.

The unique selling proposition (USP) of the product is its bio-edibility. The multi-faceted bowls can be eaten along with the food but if the consumer chooses not to eat them, they can be buried in the soil and it decomposes within two weeks. Hence, they are biodegradable.

These bowls come in various flavors ranging from chocolate to mint which compliment the dishes served in them. Being an edible item,they have a shelf-life of 15 days and have been certified fit for human consumption according to the regulated safety standards.

"The bigger the challenge, the bigger the opportunity to grow" and running a student organisation is no easy task as numerous issues would be confronted.

Raj Mehra, a volunteer, says, "The foremost challenge was finalising the recipe. Initially, bowls used to break and the taste was not up tothe mark, so the advice was sought from professional bakers for its sturdiness. Once the recipe was finalised, teaching the production process to the community was another challenge. The linguistic barriers and apprehensions of the community to easily trust people of another nationality was a drawback and we wishto reach a larger audience by adopting cost-effective strategies."

The team raised funds through CSR activities, selling products at corporate events, and Raddi (recyclable waste) collection drives. They are currently running a Crowdfunding campaign to fund their cause.

The outreach of the project has its positive impacts socially, environmentally, and economically. As it goes by the saying, "Behind every successful woman, there is a tribe of women who have their back." This project was able to bring normalcy back into the lives of women struck by war and terrorism.The proceeds of the project go to the women as an alternate source of income, leading to their empowerment. Also, these edible utensils serve as a substitute to plastic which is non-degradable.

The future plans of the project pave way for expanding geographical reach, creating product awareness,projecting a self-sustaining enterprise, leading to employment opportunities, and cutting down on the cost to attain a wider consumer base. These objectives are taken into consideration to empower Afghan refugees for their livelihood sustenance.

It is estimated that the project will take three years to reach a stage where the women will be able to handle the enterprise on their own, right from the production aspect to the final sales and delivery management.