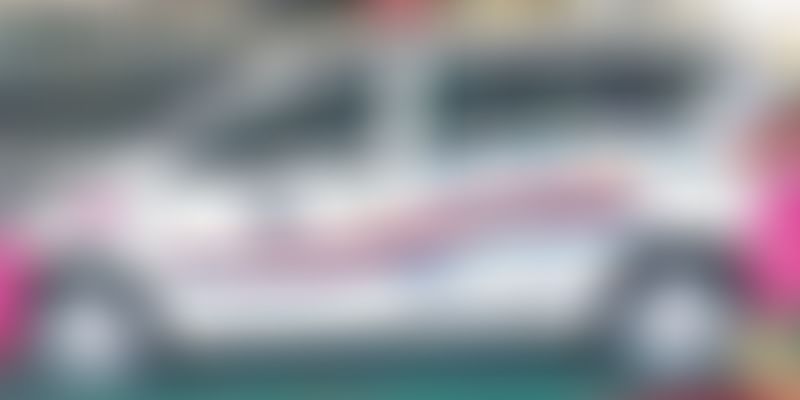 51 ‘pink hoysala’ or patrolling vehicles to ensure the safety of women and children has been added to the existing fleet of 221 hoysalas in Bengaluru. Complaints received through the Suraksha panic app and police control room number 100 are expected to get an immediate response from the pink hoysalas.

According to The Hindu, starting today, the pink hoysalas with women staff will be stationed at sensitive locations. People can download the Suraksha emergency panic app on their mobile phones by providing their name and the numbers of two emergency contacts.

The person in distress has to hold the phone in front of the attacker so that the camera, which switches on automatically, will record a 10-second video. An alarm will be sent to the control room along with the video. Those in distress can also press the power button five times to seek help. This will immediately send a signal to the command centre, which will direct the nearest pink hoysala to rush to their help. The location of the person in distress can be found through the live vehicle tracking system.

The app, which has already been downloaded more than 5,000 times, is available on both Android and iOS platforms.

Those who do not have the app can seek help by dialling 100.

The combination of hoysalas and the Suraksha app will make the police more accessible not just to women in distress but also to the citizens in general. We are recruiting more women personnel and once we have adequate numbers, we will assign them to all the pink hoysalas.

According to Bangalore Mirror, currently women personnel will be in the Pink Hoysalas only during the day shifts and the remaining two eight-hour shifts for these patrols will have male cops on duty. As of now, the city police has around 600 women cops in their ranks, including 151 women personnel who passed out of the police training school recently.

Areas in the city where women are more vulnerable to crime — the central business district, on roads connecting to CBD, outer ring roads, and residential localities — have been targeted. Be it a techie walking home or a garment employee going to work, women should feel safe, says the police commissioner.

Areas with a high number of women's hostels and paying guest accommodations, temples, and educational institutions are also being given high priority. Lately, serial offenders have targeted PGs in the city and sexually assaulted the women staying there. On the night of December 31, 2016, hundreds of women faced street harassment in the city. Large mobs of drunken hooligans in the popular MG Road and Brigade Road areas had molested and harassed the women who were there on New Year’s Eve despite the deployment of police personnel. These moves are part of proactive measures by the police force to reduce such incidents and improve safety.