Remembering Laurie Baker, the pioneer British architect who made India his home 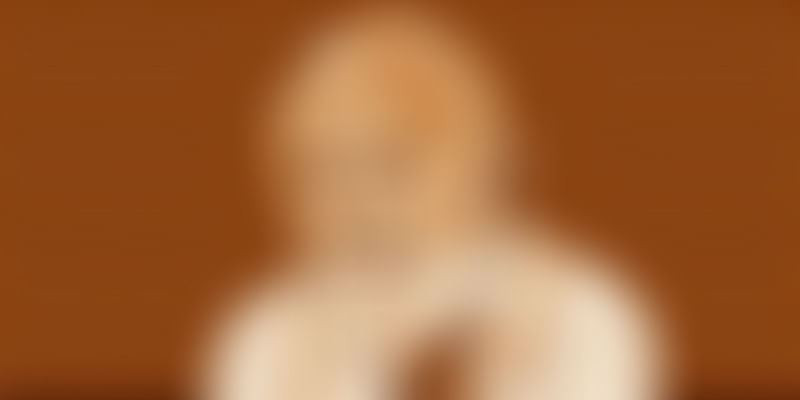 Laurie Baker was a British-born Indian architect widely recognised as one of the pioneers of sustainable architecture and organic architecture.

In 1943, a young, war-weary British architect arrived in Bombay to board a ship back to England to recuperate. But to his dismay, he found his trip delayed by three months, leaving him stuck in India. It was a twist of fate that would go on to have unlikely and equally inspiring consequences. In the years that followed, he would make India his home, study traditional Indian architecture, and combine it with modern principles and technology to become one of the pioneers of what we now know as sustainable architecture and organic architecture.

But Laurie Baker was a humanitarian before anything else, and one with a deep-seated social consciousness at that. His buildings reflect a deep spirit of altruism and respect for nature. His approach was simple and frugal, much like his lifestyle – his ‘office’ consisted of a stack of old envelopes and Christmas cards tucked into his shirt pocket. And yet, he showed us that beauty can be found in simplicity, perhaps even more so than in grandiosity.

The making of the architect

Laurence Wilfred ‘Laurie’ Baker was born to a devout Methodist family in Birmingham, England, in 1917. As a child, he would accompany his parents and two siblings to cathedrals and old buildings across Europe, trips that sparked his interest in architecture. He found religion in his teens and decided to become a Quaker, a pivotal moment in his life and work. At 20, he graduated with a degree in architecture from Birmingham Institute of Art and Design, just two years before the onset of World War II.

When the war came, Baker became a conscientious objector, choosing instead to aid the war effort through more peaceful means. To this end, he joined the Friends Ambulance Unit, a volunteer ambulance service established by members of the Quaker society. After some time tending to naval casualties on the south coast of England, he was sent to China as a trained anaesthetist to treat civilian casualties. While there, he found himself treating civilians inflicted with leprosy, then a fatal and widely misunderstood disease.

After nearly four years in China, the war had taken its toll on him. And so, he was soon ordered back home to recuperate. En route to England, he stopped at Bombay, where he found his journey home delayed by three months. During this time, Baker attended Mahatma Gandhi’s talks and prayer meetings, and eventually struck up a friendship with him.

“It was also through the influence of Mahatma Gandhi that I learnt that the real people you should be building for, and who are in need, are the ‘ordinary’ people — those living in villages and in the congested areas of our cities,” Baker would later say of their friendship.

“One of the things he said has influenced my thinking — that the ideal house in the ideal village will be built using material that is found within a five-mile radius of the house.”

This idea would form the core of Baker's architecture in the years to come.

Baker had expressed his desire to settle down and work here, but the then prevailing hostility to the British in India left him unsure. Again, it was Gandhi who supported him, assuring him that although British rule had to end, India would always have a place for concerned individuals.

Following a brief period home, Baker returned to India in 1945 on the calling of the World Leprosy Mission, to create better facilities for lepers in the country. Initially based out of Faizabad in the then United Provinces, Baker found the British lifestyle in India too opulent for his taste and values. Instead, he stayed with an Indian doctor friend, P.J. Chandy, and his family. Here, he fell in love with Chandy’s sister, Elizabeth. After some opposition from both their families, the two married in 1948.

On their honeymoon trip, the couple set out to the hilly district of Pithoragarh in present-day Uttarakhand. On discovering that Elizabeth was a doctor, several tribals from the area came to them for medical help. Seeing the dearth of medical facilities there, Baker and Elizabeth decided to settle down in Pithoragarh and tend to ailing locals.

And so, Baker set out to build a home and a hospital. But he soon found that his English education had not trained him to handle the architectural challenges of the subcontinent. Vernacular methods, he realised, provided the only means to tackle the challenges posed by the monsoons and termites. Thus, laterite, cow dung, and mud walls replaced conventional cement and steel, but he continued to combine traditional methods with modern principles whenever necessary.

Using local material and labour helped lower costs and also revive the local economy. Gradually, schools and chapels followed, but hospitals in particular always demanded Baker’s attention. Medical professionals were only just beginning to understand the role of a patient’s environment on the healing process, a field that Baker knew well.

Sixteen years after they had arrived at Pithoragarh, the war with China broke out. The Bakers, now with three children, were forced to move south to the hilly village of Vagamon in Kerala. In 1969, they moved to Thiruvananthapuram, where Baker worked for the remainder of his life. The city houses some of his most iconic buildings, including the Indian Coffee House, the Centre for Development Studies, the Laurie Baker Centre for Habitat Studies, and the Chitralekha Film Studio.

Having witnessed much scarcity during his experiences in India and China, Baker harboured a strong distaste for pomp and wastefulness. To most people, the term ‘low-cost’ is synonymous with ‘low-quality’, an idea that Baker vehemently disagreed with.

“We’ve got to stop thinking big and go back to the idea that small is beautiful,” he once rightly said. It doesn’t take the eye of an architect to recognise the sheer beauty of Baker’s buildings, be it the spiralling edifice of the India Coffee House or his picturesque hill-top house, which he called The Hamlet.

A typical Baker building consisted of exposed and intricately perforated curved brick walls and traditional sloping roofs. His buildings were always designed in such a way as to cause minimal, if at all any, damage to nature, and to use as much natural lighting and ventilation as possible. He often rummaged salvage heaps for anything he could use in his buildings, however unconventional. One building, for instance, contains a window grill created out of a used car clutch plate and a bicycle. He even used coloured glass from used liquor bottles to create intricate patterns of light on the walls.

Baker had a penchant for on-site improvisation, and always kept his clients’ best interests at heart. In a recent article in The Hindu, Baker’s grandson, Vineet Radhakrishnan, wrote, “Often, he picked up his clients and would be furiously drawing up four different options for a living room layout or be trying to explain some nuance, for instance, that the kitchen door and window latches needed to be lower because the client’s wife wasn’t very tall, or he’d be explaining how he had noticed, while at the site, how the wonderful sunrise could be seen if he put in a window at a certain angle on the upper floor.”

His concern for the welfare of others extended beyond social class. “There was absolutely no pretence to his ideas. His architecture was the same whether he was building for a poor man or a rich man. He didn’t behave one way in public and then come home and become a different person,” writes Vineet. Baker even built numerous houses for labourers, fishermen, and tribals for free, and those who knew him affectionately called him ‘daddy’.

But his low-cost approach to building, in a profession that thrives on monetary investment, meant that he did not always have the support he needed. On this, Vineet says, “Praise did not affect him, and neither did the setbacks. He bore all the failures and pain, every time a client cheated him or attempted to malign his reputation. Threats and physical attack were borne stoically without complaint. The many lucrative projects he refused in many ways are more telling than the ones he did.”

Despite staying on the fringes of his profession for decades and barely documenting any of his work, Baker was widely lauded for his efforts. He won many awards and recognitions over the years, including an MBE from Buckingham Palace and a Padma Shri from the Government of India. In 1988, Baker received Indian citizenship, the only honour he actively sought. In 2006, he was nominated for the Pritzker Prize, considered to be the Nobel Prize of Architecture.

Baker’s practices have had a monumental influence on several renowned architects, including Gautam Bhatia, Jaigopal Rao, Benny Kuriakose, and Gerard da Cunha, the last citing him as “the most important person in my life”.

Laurie Baker passed away on April 1, 2007, aged 90. He was survived by his wife, Elizabeth, their three children, and three grandchildren.

In recent years, some of Baker’s buildings have been demolished to pave way for commercialisation, a significant cause for worry. This threat to Baker’s legacy was one of the reasons that inspired Vineet Radhakrishnan to direct the recent film on his grandfather’s life, Uncommon Sense: The Life and Architecture of Laurie Baker. And at a time when sustainability should be a priority, perhaps Laurie Baker’s life can hopefully inspire future architects to take his vision forward.