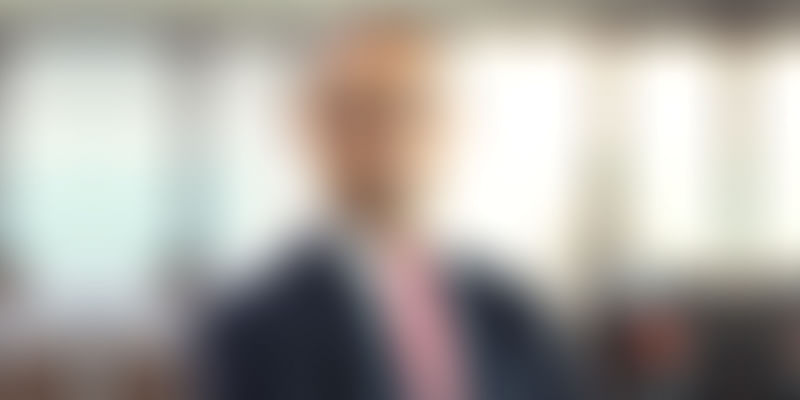 Business has never been so good for India's non-banking finance institutions, or NBFCs. The bad loan woes of commercial banks have made the 11,682 (as of December 2016) registered NBFCs unexpected winners, one of them being InCred, a startup founded by a former investment banker.

This year, NBFC loans have grown at 16.6 percent, compared to 8.8 percent for the banking sector. InCred has joined the party by disbursing loans worth Rs 100 crore in just two months of its existence.

It has surely been a case of being at the right place at the right time for Bhupinder Singh, who was Head of Investment Banking and Co-head of Banking and Securities for Asia-Pacific at Deutsche Bank before he thought of starting up.

When Bhupinder moved into this role in 2008, it gave him the chance to observe the Indian market closely. Interactions with various market participants as well as regulators and the government convinced him about the opportunity in the consumer and SME lending space.

After some hard thought, Bhupinder decided to start InCred in 2016. And how right that decision has proved, at least until now.

Credit for the new India

InCred, which kicked off operations in April this year, through its technology platform provides personal, consumer, home and education loans besides lending to small and medium enterprises, or SMEs.

Explaining the reasons for the growing relevance of NBFCs today, Bhupinder says,

"First, NBFCs are more accessible for loans, considering they lend even to consumers with zero or no credit record for underwriting. Second, banks focus majorly on asset and revenue building activities, leaving a large market for inclusion.”

InCred is looking to target nearly 100 million prospective customers who are currently served neither by a commercial bank nor by a rural micro-finance institution (MFI). A large number of these are concentrated in tier-2 and tier-3 towns.

A bigger focus is on the millennials who, with a family income between Rs 25,000 to Rs 1 lakh, have never taken a loan. These individuals don’t have much credit underwriting history attached to them.

At present, however, 66 percent of InCred's customers are from the six biggest cities in the country. While predicting this trend to continue for the first six to nine months, he claims that in the coming two to three years, this number will reduce to 33 percent. The rest will be contributed by customers from the next 15 biggest cities and towns.

Taking a cue from a big NBFC like Bajaj, which made its financial products available at places like electronic stores and through sales representatives, InCred has entered into multiple strategic partnerships to service customers, as a way to expand growth and scale beyond traditional branch networks and digital customer acquisition.

For instance, it has partnered with leading developers of affordable housing projects to finance home buyers, and with popular test prep centres and career counsellors to give education loans to students going for higher studies.

Moving away from convention, InCred is also innovating to create a new line of custom-made products which are more organic to a consumer’s life. Says Bhupinder,

“It is a bespoke-type approach of solving problems, and how you apply it to make the product relevant and incidental to a customer’s experience.”

For example, the company has a car accessory financing product. So, when a customer enters the showroom, the dealer becomes a salesperson marketing the product for the NBFC. This unique conjunction of point of sale and bespoke products makes the value proposition even stronger for a customer.

The company also adopts a hybrid approach that involves both human intervention and automation while underwriting credit. Bhupinder explains,

“It depends on a case by case basis. In extreme cases where we don’t trust the data or have questions on its credibility, we may adopt complete human intervention. Further, we have certain built-in criteria depending on your CIBIL score which helps us decide the need of human intervention."

Moreover, the company may also utilise its relationship with other banks through participating and arranging syndicated debt mandates for early stage to mid-level corporates.

This distributes the risk equally across all participants in the lending round.

InCred at a glance

Total number of transactions: Sanctioned loans to around 1,000 customers in the first two months of operations.

Loan mix: According to the founders, 33 percent of loans disbursed are towards SME business loans with the rest roughly divided among home loans, education, and personal loans.

The average interest rate for the firm is in the 13 to 14 percent range.

Like other NBFCs, InCred also manages its surplus liquidity by investing in short-term lending activities such as interbank market, commercial paper, amongst others.

For Bhupinder, the larger vision is to be a one-stop financial solution provider to his customers. He says, “To me the way to connect the consumer is upfront—solve the problem, and be able to offer a combination of financial prowess.”

To bring this to reality, Bhupinder wants to launch a host of products including a credit line product to compete with cards. He aims to integrate expense management to allow better assessment of a consumer’s risk. He also wants to build an asset or wealth management platform followed by insurance. These products will kick in only by early 2018, he says.

In the next three months, the firm is planning to serve the micro-finance segment by acquiring an existing entity.

The fault in their NPAs

While the industry appreciates the work done by NBFCs, concerns over their non-performing assets (NPA) remain. In fact, there has been no sign of improvement in their asset quality since 2012, according RBIs financial stability report.

With more and more NBFCs hitting the market, concerns over asset quality will always exist. Especially since these NBFCs, while giving loans, work on limited underwriting data.