The sad state of Kali river no one talks about 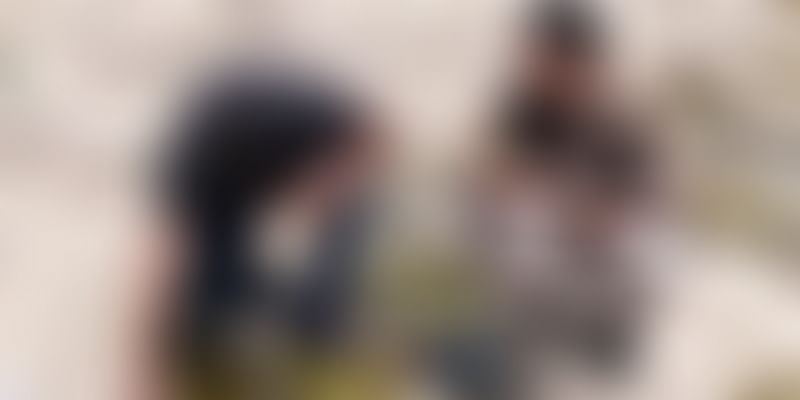 The water of East Kali is heavily polluted. It would hopefully change with the NGT taking notice of it.

Rampura, situated in Bulandshahr district in western Uttar Pradesh, is one of the 1,200 villages on the banks of the 300-km long East Kali, a tributary of the Ganges. The river is named after goddess Kali who, according to the Hindu mythology, is fierce and fights evil by ingesting it.

Till the 1980s, the river was a symbol of purity. Things have changed now with the river turning into a nullah brimming with industrial effluents. “We used to drink its waters when young. Today, it's so toxic that forget drinking, I dread touching it,” says Devendra Kumar Sharma, a resident of Panwadi, a village in Meerut district. The river’s toxic water now symbolises death and not life.

As per a study by Neer Foundation, a Meerut-based non-profit working on environmental issues, as the river is polluted, the groundwater of the area which gets replenished by the river too has turned into a receptacle for toxic waste. Unsuspecting people, however, continued to draw water through the handpumps till recent studies rang an alarm bell.

The study conducted in 2015-16 reveals that in Rampura, the groundwater recorded a total dissolved solid of 1760 mg/litre, way above the permissible standard of a maximum of 500 mg/litre for drinking purposes. Soil stratum was harmed as iron and lead contamination spread from river water to aquifers (underground reservoirs that hold groundwater) that are recharged by it.

Lead is recognised as highly toxic, and damages the nervous system in humans while iron is therapeutic in low doses but lethal when present in excessive quantities. “This toxic water gets distributed and is used for drinking and irrigation purposes in rural areas. This has a severe health impact on us and our animals. The outfall of water from nullahs to the river must stop,” says Satish Kumar, a farmer from Jalalpur village in Meerut district.

The water from handpumps has shown iron concentration measuring up to 0.35 parts per million, which is enough to cause water to turn reddish brown in colour. Lead concentration too was high at 0.5 parts per million in Rampura. According to Indian standard drinking water specification 1991, the highest desirable limit of lead in drinking water is 0.05 parts per million. “The possibility of geogenic contamination, i.e. naturally occurring contaminants in the water, too cannot be ruled out. The Central Ground Water Authority is studying these aspects,” says Atulesh Yadav, regional officer, Uttar Pradesh State Pollution Control Board, Meerut.

Rampura is one of the several villages of the eight districts of western Uttar Pradesh where people’s lives at one time depended on the river water for everything—from drinking to irrigation. The village that once boasted of lush green guava orchards has no original water left in its river. The prime villains in this regretful story are the ceaseless discharge of industrial wastewater and municipal sewage into the river.

“The three main cities of Meerut, Hapur, and Bulandshahr through which the East Kali passes have several sugar mills, allied alcohol manufacturing distilleries, paper industries, dairies, tanneries, and textile mills that discharge their effluents into the river,” says Raman Kant, director of Neer Foundation. The effluents from the sugar and paper mills are highly toxic and these two industries are enlisted among the 17 most toxic waste releasing industries by the standards provided under the Environment Protection Rules, 1986.

The pollution load in the river is unmanageable and it can barely assimilate the pollutants. Dilution with freshwater isn't a viable treatment option any longer. In most villages—right from Antawada in Muzaffarpur where the river originates, to Kannauj, its confluence with the Ganga—the water, laced with industrial toxins, is lifted from both the river and under the ground for irrigation. “Water flows from the underground caverns in the forest adjacent to our village forming a river that used to collect rainwater. Once a life-giving force, the river is dry at its origin and gets polluted by industrial effluents a few kilometers downstream,” says Bilam Singh, a farmer from Antawada. “The effect of this on our food is mostly unknown. It is possible that some of the most toxic chemicals like cancer-causing dioxins and organochlorines released by factories are present in the water that is irrigating the farms,” says Raman Kant.

In 2001, Neer Foundation tested the water quality in government accredited laboratories which showed the presence of persistent organic pollutants or PoPs in the two samples near Saini village, downstream of Nanglamal sugar factory. PoPs are known for their impacts on human health and the environment as they are resistant to environmental degradation. “Farmers knew of the contamination but continued to irrigate from the river,” adds Raman Kant.

“It is only on the river’s downstream stretch as it crosses the city of Aligarh that its pollution level declines as freshwater is added to it from the upper Ganga canal. Besides this, industrial wastes are not added in the river’s stretch between Aligarh and Kannauj,” says Raman Kant.

Many civil society groups have raised the issue of river clean-up. Come monsoon and stretches of the effluent-laden river turn red as it passes through industrial sites. An otherwise seasonal river has now turned into a perennial one, thanks to the discharge of industrial and municipal wastewater into it. For years, this has been a concern as villagers were left with no option but to drink this contaminated water. The union environment ministry had in 2012 directed the Central Pollution Control Board (CPCB) to monitor the quality of the river water and the major wastewater outfalls. “The Uttar Pradesh State Pollution Control Board too does regular monitoring of the river waters,” says Yadav.

Yet small pockets of industries are polluting the waters of the predominantly rural catchment that is largely dependent on the untreated water from the river as well as the ground. This is leading to the spread of cancer and various other life-threatening diseases. Seeing the impasse, Raman Kant put up a public interest litigation (PIL) which was heard by the principal bench headed by Justice Swatanter Kumar, chairperson, National Green Tribunal (NGT). Neer Foundation had two demands—the Environment Protection Rules, 1986 that prescribe the standards for effluent discharge are followed and municipal authorities who are responsible for managing municipal wastes adhere to the Municipal Solid Waste Rules, 2016.

“The industries not only abstract large volumes of water during their manufacturing processes reducing dilution of pollutants present within the surface water bodies but also contaminate the river by draining their effluent wastes into it,” the PIL states.

The NGT has, in an order dated May 24, 2017, asked the Uttar Pradesh State Pollution Control Board to test the groundwater along the course of the East Kali river. The order is applicable to districts of Meerut, Muzaffarnagar, Hapur, Bulandshahr, Kasganj, Aligarh, Kannauj, and Farrukhabad through which the river passes. The NGT has directed the authorities to test the water immediately and seal those handpumps that supply contaminated water. The PIL also says the Kali clean-up is a prerequisite to cleaning the Ganga. The green tribunal’s order has come as a temporary respite for thousands of villagers living along the river. They are nonetheless waiting for the government to establish long-term policies to resolve the crisis. This could be in the form of a comprehensive action plan for cleaning the East Kali river.

“The Supreme Court had in 2014 transferred a public interest litigation by noted environmental activist M.C. Mehta, pending since 1985, to the green tribunal. It deals with issues of the river Ganga, especially those involving discharge of domestic sewage and other sources of pollution in the Ganga. This is the larger case which is being heard on a daily basis by the tribunal. As a result, some of the prayers of the petitioner in the case of Kali river were not heard separately,” says advocate Adarsh Srivastava, one of the applicants on behalf of the petitioner.

“We hope to get an official assessment of the water quality in the riverside villages as per the present order on the East Kali river soon. However, since we have been working on the river’s revival, we look forward to the tribunal’s orders on the Ganga pollution case. The court is likely to give directions on strict measures and penalties to prevent hazardous materials and pollutants from being dumped into the rivers,” says Abhishek Tyagi, secretary of Neer Foundation.

Without this, it is hard to tell whether the issue of pollution will be resolved in the near future.