Ambition vs marriage: why does society consider a successful woman to be an unsuitable bride? 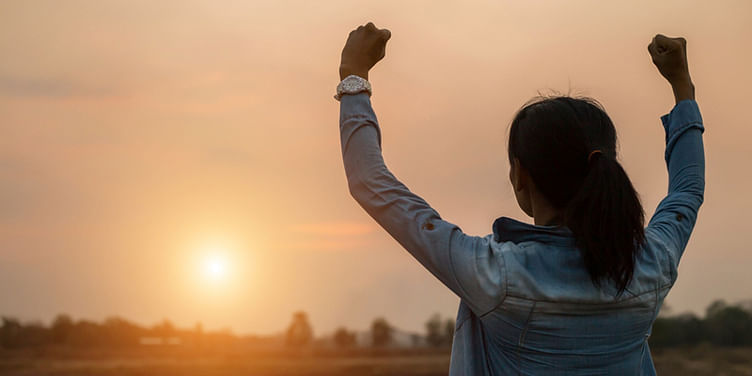 Aunty 1: Sharmaji’s daughter turned 27 yesterday. And can you imagine, there is still no talk about her getting married?!

Aunty 2: But didn’t she recently get promoted to the position of editor-in-chief? I suppose she has her hands full with that.”

Aunty 1 (Indignant now): How does that even matter? This is exactly what is wrong with the girls of today. Too much ambition, when will they settle down and start a family like they’re supposed to?

The above conversation, which happened at my cousin’s wedding no less, was the perfect example of the mind-set ingrained by a regressive society. After marching my way to the two aunties in question and countering their points passionately, earning more than a fair share of disapproving looks from my relatives, I returned to my seat next to my unmarried 26-year-old sister and felt a small flash of triumph. I know that challenging their norms wouldn’t make a semblance of a difference to those two aunties, but at least I could celebrate the fact that I stood up for myself and every other unmarried woman making a successful career for themselves.

Why is there a social taboo about an unmarried 30-year-old woman? Why aren’t the same eyebrows raised when it comes to their male counterparts? Ironically, an unmarried man who has made a career for himself at 30 is considered to be quite the eligible bachelor. But an unmarried woman with the same qualifications? Those aunties reading this must be fainting at the very thought.

So let’s address the elephant in the room, shall we? Why are women expected to choose between building a career or starting a family, as soon as they reach the so-called ‘marriageable age’? Why are a woman’s professional qualifications not given the same considerations as men. In fact, why are they deemed less important than marriage?

In a recent survey conducted by the Harvard Business Review, MBA students were tested to conclude the existence of a ‘trade-off’, or the idea that actions that lead to professional success might be viewed less favourably in the heterosexual marriage market. Two hundred and forty one male and 114 female students were asked to cite their job preferences in a questionnaire. When the single women in the class were told that their answers would remain private, they showed the same willingness to work extra hours and travel through the week as their male counterparts. However, the minute they were given a second questionnaire which would have their answers be made public, these same single women changed their answers substantially, professing their wish to work lesser hours and travel to the bare minimum.

This fell right in line with another study conducted among a group of 205 men, which proved that most men, while attracted to the idea of a ‘smart woman’, choose to actually date women they find intellectually inferior to them. While this is, of course, highly subjective (which the study allows), no one can deny the fact that this is a blaring, and generic, reality of our times. Women of a ‘marriageable age’ are forced to sacrifice their ambitions to improve their chances of marriage, because society wouldn’t wish to intimidate their future husbands or ruffle the feathers of their male ego.

Speaking of the study mentioned above, author Lora Park told Glamour, “Preliminary evidence suggests that this is due to diminished feelings of masculinity. When a woman outperforms a man intellectually it can lead men to question their masculinity, which may then make them less romantically interested in the woman.”

While it is very simple to deny the obvious, and in turn be oblivious to it, the truth is that women between aged between 25 to 35 begin to face the pressure of marriage, which in many cases rapidly diminishes the spark of their ambition. I’m fairly certain that Sharmaji’s son, if he exists, would not be the topic of an outraged conversation between the two aunties who have, unconsciously, become the chief guests of honour to this particular story. And he shouldn’t. But neither should we.