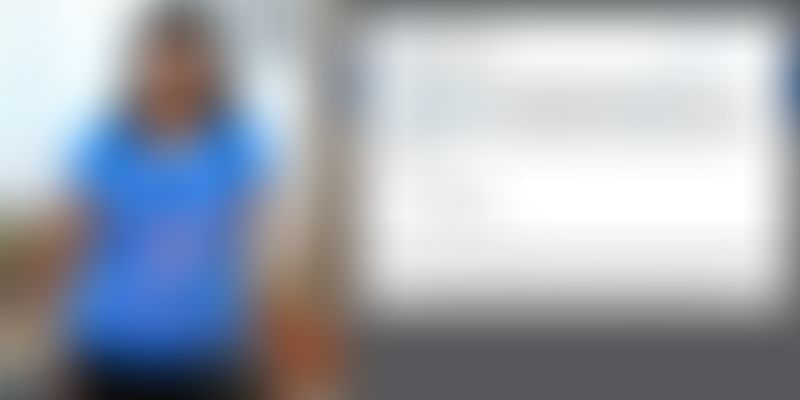 People with disabilities have to now deal with GST rates ranging from five to 18 percent on certain articles required by them on a daily basis.

A list of items has been excused of taxes while a number of other services such as eating out and shopping online have gotten expensive with the Goods and Services Tax (GST) in place.

For the common man, the GST is a mixed bag, with both its pros and cons, but to the community of the physically-challenged people it proves to be a struggle, giving them the impression of being completely left out.

Twenty-three-year-old Chandana Chandrashekar, a visually-impaired girl from Bengaluru, is the sole reason why the 41-percent import duty on Braillers and assistive devices was completely revoked during the 2016 Union Budget. It is the same spirit that now refuses to let her sit back and accept injustice in the form of high GSTs.

A vision problem from birth led to a diagnosis that stated Chandana had a genetic disorder called Retinitis Pigmentosa in pre-nursery.

A deteriorating eyesight only meant a stronger will and fortitude to her. Ever since, through the difficulties she has only moved forward.

She completed her schooling in an ICSE school and not in a school for the blind. It was here that she learned Braille in Class VII.

“My school laid for me a foundation that has led me to my career. It gave me the opportunity to participate in various competitions and instilled in me a confidence that has made me stronger,” says Chandana.

Scoring a 71-percent in the Class X she went on to beat that score with an 81 percent in Class XII ISC. She then made her way to join Mount Carmel College, taking up BCom.

Chandana says her parents have been her pillar of strength. “Although it was hard for them to accept reality they have fought through the challenges and obstacles I have faced, with me. They always wanted me to grow up as any other kid and have succeeded at giving me a life exactly like that.”

Today, Chandana has passed her BCom degree course and travels by the metro to her job in a global professional services firm. Leading a freewheeling life, she also teaches accounts and computers for the visually-challenged on the weekends and arranges for people who can help write their exams.

The fight against taxes and duties

He handed out his card to her after which she sent an email to his office. She wrote, “These devices are absolutely essential for tactile literacy, education, independence and empowerment. The duties have now become prohibitive. These are specialised items and cannot be used for any other purpose and there are no avenues for misuse if duties are abolished. I would be grateful if you could highlight this issue and have these detrimental policies reversed.”

Now with the GST being passed, the whole point of abolishing the custom duties is reversed. Census reveals about five percent of the population has a disability of some sort, which is around 50-80 million people. These devices are not a luxury but an indispensable need for survival to this section of the country.

“When these already high-priced devices can only be used by the differently-abled why impose higher taxes,” asks Chandana.

She states that these devices cannot be misused and are a necessity. “Differently-abled people usually come from weaker financial backgrounds and now a person willing to sponsor a device would also take a step back because of prices this high.”

Highlighting the fact that most of these devices help in leading a normal life or help one study and access education, Chandana says, “As promised by the Rights to Persons with Disabilities Bill, I want the Indian government to make India more user friendly and accessible to all differently-challenged people in the country. GST on all assistive devices should be zero percent.”

She has taken up the issue with the Prime Minister of India, sending him a tweet and is also strongly joined by a petition against GST on assistive devices put forth by Sivaji N Rao on Change.org “We have got around 200 signatures. We want at least 10,000 signatures. I hope the government takes notice and makes a change,” she says.

The petition states, “GST of 18 percent has been proposed on Braille devices, wheelchairs and all similar devices used by the physically-challenged ​persons. This is not correct. These people do not have the resources to buy them at the existing prices and adding an 18 percent GST on them makes it prohibitive. Only last year, Government of India withdrew the import duty on imported Braille devices. With this GST, the good effect of not imposing duty on the imported devices has been nullified.

This government has promised that it would do everything to make life for the physically challenged easier but imposing GST on the assisted devices makes life harder for them.”

Adamant to keep going until the tax has been exempted, Chandana continues to fight and refuses to remain silent.