Under the GST scanner: How businesses and companies navigated the first 45 days 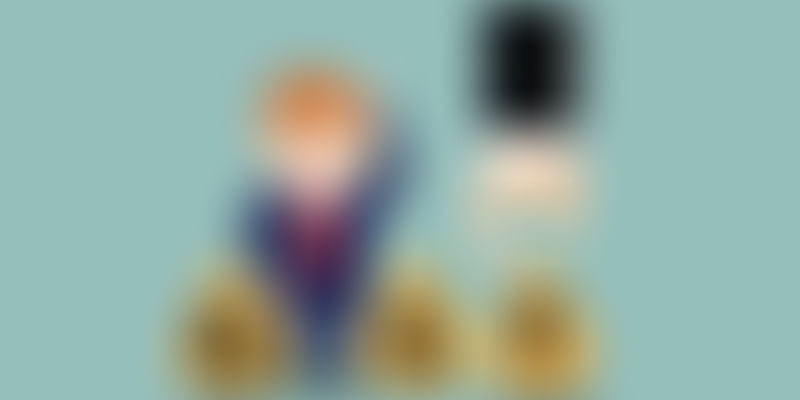 GST aims to consolidate taxes levied on goods and services across India and bring them under one single umbrella. We put together the impact the tax has had on various sectors.

The bustling narrow streets of Chickpet, in Bengaluru, remind passers-by of a bygone colonial era. The smell of freshly ironed cotton cloth permeates the air in an otherwise unkempt surrounding. Yet trade at the market flourishes as people from across Karnataka come for trademarked cloth. However, the mood has been dampened ever since a 5 percent GST was slapped on trademarked cloth. The traders complain, but have devised a way out — they remove the trademark and continue their business in cash without recording any transaction. This defeats the power of GST on traditional trading businesses.

However, majority of India has fallen in line with the transition in the first 45 days of GST. Some them are still working with their chartered accountants to begin paying tax from September 10, after a two-month grace period. That said the government coffers have increased to Rs 26,500 crore now vs Rs 16,625 crore in June 2016.

Brands are negotiating margins with all their sales channels, including ecommerce channels, because margins fall under the GST.

Vikas Lachhwani, Co-founder of MCaffeine, a skin care brand, says: “The first quarter will tell us which part of the chain is making money under GST. We will renegotiate contracts again for the second quarter.” He adds that with GST he is still bullish because Indian domestic consumption is on the rise and capturing tax at each source is essential for growth of the country.

Impact on the service industry

In Belandur, the $4.3 billion accounting software firm Intuit has already prepared thousands of SMBs on its platform to be GST compliant.

Nikhil Rungta, Managing Director of Intuit India, says: “In the GST regime, it is imperative for every stakeholder in the ecosystem to upload tax. If one does not, the party that has sold the goods forces the receiving party to do so immediately or else faces the burden of not getting input tax credit.”

Several companies that use Intuit’s product, QuickBooks, say that while GST is great, the ecosystem is yet to get ready.

Suraj Nayak, Founder of Ecoscapes, an architectural services company, says getting suppliers in the real estate business to upload their tax was very difficult. He works with over 65 vendors and each of them is yet to be GST compliant.

“At least now there will be transparency in the pricing and it will benefit the industry,” he says, adding that the only difficulty was in making vendors move to GST by declaring that their revenues were more than Rs 20 lakh a month.

Clearly Blue, a content services company, has benefited from the advent of GST. Its customers are largely organised businesses that uploaded their invoices on time, ensuring that Clearly Blue gets the due input tax credit.

Rahul Karur, of K Ravi & Associates, chartered accountants, says: “GST has affected many businesses and it has impacted the industry positively.”

These are the findings of K Ravi Associates and the company after studying the impact of GST in July.

Impact on your business

On June 30, 2017, companies all over India took physical stock and matched with books of accounts, enabling the businesses to claim excise duty, VAT and CST, which are to be transitioned into the GST era. The SMEs had a real challenge maintaining all inventory types as stock keeping units were quite voluminous.

Several large corporates are asking their suppliers to sign a declaration that states the vendor to be compliant as per GST Anti-Profiteering provisions and has accordingly passed on all the credits to its customers as per the transition provisions of GST. ̣

Benefits under the transition provisions allow SMBs to claim credit for a period of the last 1 year from the date of GST being in force. Several SMEs are yet to be coached, trained or be advised to claim the transition provisions of GST u/s 140 and claim input tax credit under Form GST TRAN-1, which allows them to take credit for goods that did not fall under GST after it came in to effect from July 1. This allows the input to a registered dealer for taxes paid such as excise duty, CENVAT or Service Tax for a period of one year from GST being enforced. The law takes the cost of taxes on the inventory-on-hand on June 30, 2017.

Free samples are not taxable under GST. However, input tax credit is not allowed on the same. But if a business sends a sample to a potential customer, the freight and the packaging material attracts GST. ̣

When it comes to FMCG products, there are several products that have free supplies on purchase. Now, these naturally bundled products are considered composite supplies. For example, a bottle of honey with a free spoon, soap with a free soap dish and so on. There will be GST on the packing material. Freight and insurance are to be associated to the sale of the principal product. In this case, GST rate shall be the same on the principal product and not on the free supplies. Supply of two or more goods or services other than naturally bundled products, attracts higher GST. This is called mixed supply where the product can be sold separately apart from the principal product. In this case, the supply of “mixed supply” product attracts the highest rate of GST. ̣

Identification of dealers under composition scheme

The government has allowed dealers to opt for Composition Schemes if their turnover is less than Rs 75 lakh a year. If the dealer opts for this, s/he must display a board prominently and the invoice must be a “Bill of Supply” instead of a “Tax Invoice” that s/he is under the Composition Scheme. Small and less educated dealers often provide a tax invoice by mistake. The registration certificate under GST does not show if you have opted for Composition Scheme or not. The GSTN comes to the rescue here, which has provided an option on its portal to validate the Composition Scheme by typing in the trade name or GSTIN to verify if a dealer has opted for the scheme or not. This is done because the SMB would then see that its tax compliances change accordingly. ̣

Stock transfer from one state to another state

In the event of transfer of stock from one state to another, the GST must be paid in full for such a transfer and the input can be claimed in the subsequent month. The company’s working capital will come under strain because of this.

Luxury products such as bullion (gold, silver, etc) are taxed at the rate of 3 percent under GST. However, imitation jewellery, which was taxed at a VAT of 5 percent, will now be taxed at GST of 3 percent, which is quite different from luxury products. This difference must ideally be passed on to the consumer.

Imports had several components earlier such as basic custom duty, CENVAT, SAD, AAD and Cess. After the introduction of GST, the taxes are primarily “BCD + IGST”. This allows importers to easily claim credit and thereby helps in reduction of price of product. This may also mean products globally purchased earlier will help businesses in getting easier and simpler credit claim processes. ̣Say a business imports a product for sales in India, a CENVAT and custom duty would have been charged and the business would not be allowed to pass on the charge to the customer. Only a part of the charge would be allowed for input credit and CENVAT claim was not allowed. But under the IGST these charges can be claimed as credit after the sale to the customer.

An ecommerce operator has to collect a flat rate of 1 percent of tax collected at source (TCS) and remit to the government within 10 days after the end of each month. The ecommerce player must file Form GSTR-8 that details all the supply of goods/services or returns along with the TCS paid. ̣

GSTN has released an offline tool for filing the first GST Return. The offline tool is Excel-based and the GST Offline Tool Software has a complete tutorial document. It is Java-based and the tool can only be used for a desktop/ laptop and is not available for mobile. The utility is quite simple to record transactions such as B2B, B2C — large, B2C- small, credit note/debit note, credit/debit note for URD, exports, tax on advances, exempt, nil, exempt, non-gat supply, HSN Codes Summary and list of documents required. It is quite essential that the data be kept in the manner required by GSTN for upload; that will be the key for matching transactions online. ̣

Many people have booked flats or are making part payment for property purchased before July 1, 2017. For them, the GST rate is 12 percent; many have not understood that the rate of incidence has gone up. But the builder is also supposed to pass on the benefit to the consumer for eligible input tax credits on the excise duty, and VAT paid on construction materials ( earlier passed on to the end consumer as cost). This, if not given, will be subject to Sec 171 of profiteering under GST and the builder is punishable by law.

Experts believe the “one nation, one tax” system will help boost performance and competitiveness in India’s manufacturing sector. It augurs well for the Indian startup ecosystem, thanks to the DIY compliance model, increased limits for registration, free flow of goods and services, and tax credit on purchases.