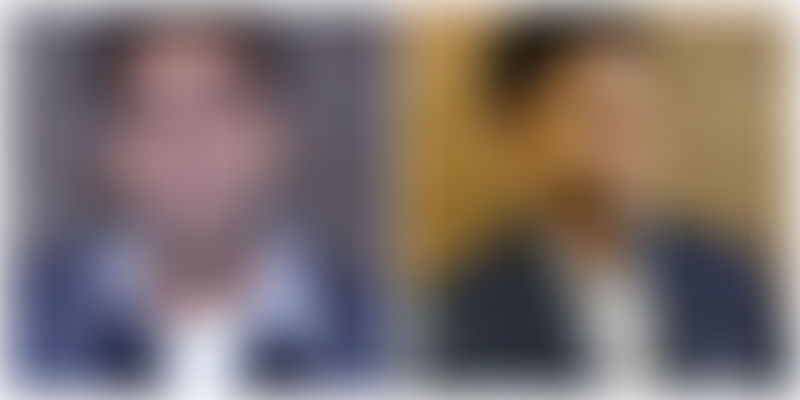 Healthcare and wellness startup MyUpchar aims to solve the awareness and access problem in tier-2 and 3 cities, and plans to soon offer content in six other languages.

In India, home remedies are a part and parcel of life. They are often preferred over immediate doctor consultations and almost every household has someone to offer healthcare advice. However, the authenticity of information proffered is often debatable.

Rajat, a Stanford University graduate, says, “I was running an e-commerce venture, Shimply. We were into selling handicrafts and indigenous products. When we launched the Hindi version of the website, Ayurveda suddenly became 50 percent of the business.”

He soon realised that the core area of interest for many online consumers was to research healthcare, and so MyUpchar was born.

The MyUpchar website gives the user a range of information -- from home remedies to medical consultations. It provides information on Ayurveda, homeopathy and allopathy to address various health and wellness-related issues, including obesity, pregnancy, women’s health, post-surgery care, yoga, and fitness.

Rajat was soon joined by his friend, Manuj Garg, 35, also from Stanford University. Manuj, after completing his PhD, has worked for BCG and Gates Foundation. The two reconnected when Manuj was spending a lot of time going through healthcare models trying to serve the lower half of the pyramid and Rajat was evaluating MyUpchar.

“Given his background, it ignited his interest enough to drop everything and join MyUpchar as a Co-founder,” Rajat says.

MyUpchar’s core objective is to solve the awareness and access problem related to healthcare in India, especially for tier-2 and 3 cities and the rural population.

The startup has partnered with several doctors who provide content. The team translates the content into Hindi; it is later verified by doctors to ensure that the meaning and context are not lost in translation.

Rajat says, “Quality healthcare content is virtually absent in vernacular languages. We launched MyUpchar in December 2016 and in just nine months, our traffic has grown to 2.5 million visits/month (run rate), showing the strong need for such content.”

MyUpchar claims to have 350 million online consumers, of which 200 million consume content in Hindi. The founder also expects the numbers to grow 2.5 times in next five years.

What sets them apart?

Audience profiles of most companies are the top five cities and the male population, but research done by MyUpchar reveals that women are the biggest contributors to healthcare in families.

“In rural and semi-urban areas, decisions for healthcare are driven by women in the house. We have heard of dadi ma ke nuskhe and we would like to capitalise on that,” Rajat says.

“Our focus is on native content, a huge need that we are fulfilling,” he adds.

MyUpchar’s revenues come from advertisements. Going forward, the team wants to explore the accessibility of healthcare.

Rajat says, “Let’s say we have a client in Rajasthan, then s/he would prefer a consultation in Rajasthan. We are building on those services and will be charging for the same.”

Healthcare has become one of India’s largest sectors, both in terms of revenue and employment. The industry is growing at a tremendous pace owing to strengthening coverage, services and increasing expenditure by public and private players.

Research by Deloitte Touche Tohmatsu India shows that the total industry size is expected to touch $160 billion by 2017 and USD280 billion by 2020.

Plenty of startups have mushroomed in the digital healthcare space, and the sector has taken a new direction in the last decade.

Startups like Practo, Portea Medical, MedGenome, Lybrate, Medwell Ventures, Allayurveda and Aarogya have already made a mark in the online healthcare industry. However, MyUpchar - with its Hindi content - is targeting “Bharat”.

Rajat feels their deep understanding of the Indian consumer sets them “apart”.

Bootstrapped for eight months, MyUpchar recently received funding worth Rs 2 crore from Mohit Satyanand, Alok Mittal, Rajan Anandan and a bunch of other investors via the LetsVenture platform.

The 10-member team’s immediate plan is to produce reliable and authentic health and wellness content in six other languages besides Hindi. They are also doing a number of tests to understand and solve consumers’ needs better.

“We intend to address the needs of 500 million vernacular users by becoming the default destination for their healthcare needs,” Rajat says.

Is MyUpchar just what the doctor ordered? The founders are working towards that.