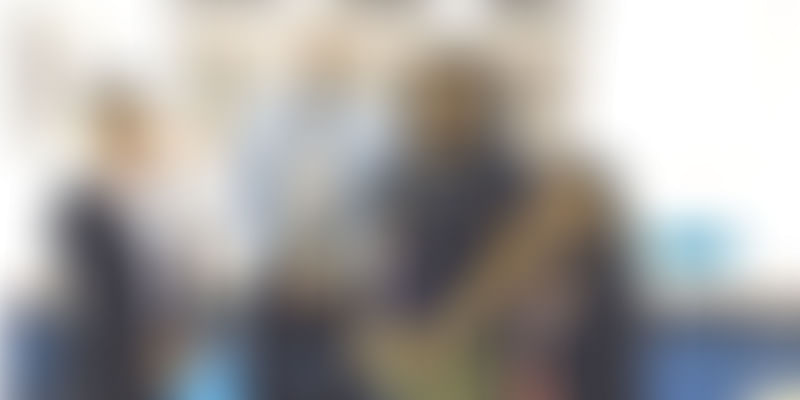 With an increasing number of women keen on starting up, TiE Global’s AIRSWEEE is working to empower aspiring women entrepreneurs in 30 Tier-2 and 3 Indian cities.

A study conducted by Development Economics and YouGov on behalf of Facebook reveals that four out of five women in India would like to start a business.

With the first round of funding from the US state government, TiE Global’s All India Road Show on Women's Economic Empowerment through Entrepreneurship (AIRSWEEE) has impacted 125 women entrepreneurs across 27 states in its first edition.

Seema Chaturvedi, Chairperson, Project AIRSWEEE, said, “The programme has created multi-dimensional impact. Economic empowerment of a woman creates a ripple effect, which not only catalyses gender equality, resulting in positive social reforms, but can truly have a multi-generational impact.”

The two-day conclave hosted a convocation ceremony for AIRSWEEE participants. Twenty-five women entrepreneurs were selected to attend a workshop, Her Power: A Women Entrepreneurs Conclave, in New Delhi.

Launched in September 2016, AIRSWEEE aims to educate and inspire women in Tier-2 and 3 Indian cities, empowering them to consider entrepreneurship as a viable and rewarding career path.

In the second phase, 25 participants were selected to undergo additional mentoring for a period of 6 months. They later showcased their business ideas at the conclave.

“With a second round of funding in our kitty, we seek to create a bigger impact in the second year by setting a target of impacting 450 women entrepreneurs in India,” Seema said.

Apart from chairing Project AIRSWEEE, Seema is the Managing Director of Accelerator Group, an investment and knowledge services firm with a presence in the US and India. She announced the Accelerator Group’s commitment to seed the launch of a $25 million early stage private equity fund, Achieving Women Entrepreneurs (AWE) Fund I, aimed at helping women-owned and led enterprises.

“The first round of funding from the US state department was for building capacity for 125 women entrepreneurs; the creation of a $25 million fund by our firm was the impact of the round one funding,” she said.

The initial impact and effective mentoring by AIRSWEEE helped women entrepreneurs, making them more confident. Participants at the conclave showcased better definition of their business models, with a strong focus on growth strategies and increase in revenue. An increase in the number of customers and number of jobs created by businesses owned by AIRSWEEE participants was also seen.

Ashita Reuben, Creative Head & Managing Partner of Nagpur-based Coffee Beans Studio, said: “AIRSWEEE has helped us in a great way by providing us with the mentoring we needed to scale our brand in a small city like Nagpur. Our mentor gave us vital tips on reaching out to more clients and serving them better.”

What is TiE Global?

TiE Global is a non-profit organisation dedicated to fostering entrepreneurship around the world. TiE strives to inspire entrepreneurs through mentoring, networking, education, incubating, and by funding programmes and activities. With nearly 2,000-plus events each year, TiE brings together the entrepreneurial community to learn from local leaders and each other.

Continuing to pledge its support to women entrepreneurship, the US and India will also co-host the 2017 Global Entrepreneurship Summit (GES) in Hyderabad in November 2017. The theme of the summit will be ‘Women First, Prosperity for All’, highlighting the critical role women play in fostering global growth and prosperity.