ezeDox: A digital locker that simplifies bank interactions with customers 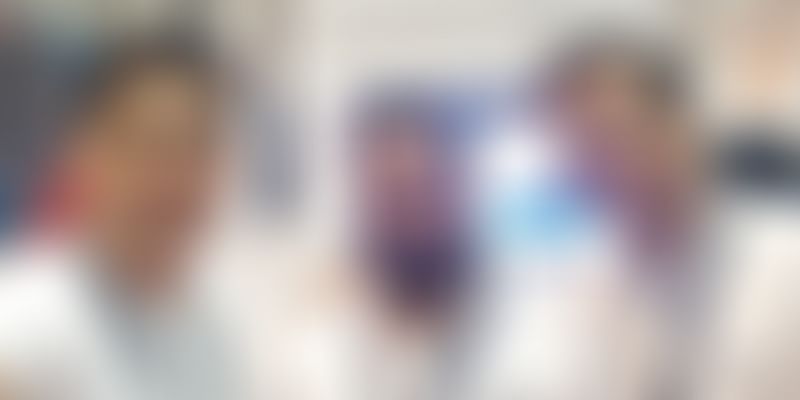 Be it an organisation or individuals, ezeDox’s digital locker facilitates issuance, categorisation and storage of all your official and personal documents.

Opening a bank account, applying for a loan or an insurance policy requires a lot of paperwork. Most often, agents just ask us to sign, which we do without understanding what we are signing in for.

Now imagine a system where you can go online, apply for a bank loan, and the bank simply uses your Aadhaar number to verify your personal details and you can upload your supporting documents. Then the system automatically approves your loan by taking your digital signature from Aadhaar. Such a system is being built by ezeDox, a company based­ in Bengaluru for banks in India and for any institution in India which is dependent on physical documents.

Veerendra Mishra, Vaibhav Jain and Premanand Mohapatra, all in their late thirties come from a technology and banking background and have worked in several corporate entities for 15 years before jumping into entrepreneurship.

The co-founders met while planting trees in a community service initiative called the “Save Whitefield” movement, in Whitefield, a suburb of Bengaluru.

Veerendra had been toying with the idea of starting ezeDox since 2014 when he quit his banking job. “I was in wealth management and realised that the amount of paperwork that we were subjecting people to was enormous. So it’s imperative that in the modern world financial institutions have to go digital, and find ways to use digital lockers,” he says.

He knew Premanand Mohapatra for many years and he met Vaibhav through common friends at the social event in April 2015 and the idea for a digital locker service took off. “The business case was there, the software could help all organisations digitally and verify the customer in no time and the documents are in a digital locker,” he says.

Startups like ezeDox came into being because of the India Stack platform built by the UIDAI, which created standards for digital lockers and verification of citizens, which was linked to the Aadhaar database. Since the standards facilitated startups to build services, the founders of ezeDox began to build digital documentation and verification services for banks and all organisations.

“We took more than a year to perfect the product because the system should recognise anomalies in documentation and not depend on humans to patch problems,” says Vaibhav Jain.

Now with a few pilots, the company hopes to generate revenues at the beginning of the next financial year. The company has been bootstrapped with the founders investing Rs 25 lakh so far.

How is this startup different?

Every year an organisation spends five percent on administrative expenses and most of it on paperwork. There are no studies that put a number on the amount spent on paperwork, but the closure of a loan or an account takes more than four weeks in the present scenario because of the documentation involved in the process.

“The idea is disruptive at the onset and the startup uses the cloud to win customers,” says Reggie Bradford, SVP of Oracle Startup Cloud Accelerator.

ezeDox was also part of the startup delegation from the Oracle Startup Cloud Accelerator that met Larry Ellison, Oracle CEO at his home in San Francisco.

Once the bank signs up with Ezedox, the software plugs into the Customer Relationship Management tool and begins to connect the sales team with the customer. Since it is digital it is also white-labelled onto an app and the website. The bank pays an annual maintenance and subscription fee to the startup. “Scaling up is important and digital lockers are the future for companies,” says Naganand Doraswamy, founder of IdeaSpring Capital. He says startups in this business need to find businesses that are moving from legacy to cloud-based applications.

“We have perfected the product over two years and have piloted for almost one year before deciding to go commercial,” says Veerendra. The company provides security based on an encrypted cloud and its pricing model is only available to enterprises on request.

The other players in the market include MyEasyDocs, DigiLocker, Signzy, and Digio. However, India is a big business because RBI Data reveals that there are 288 million onboarding transactions every year in India and that accounts for a significant number of paper transactions.

The banking industry in India has an asset base of $28 trillion. Going digital is the right way and startups like ezeDox are helping them in the process. They were part of the Oracle Startup Cloud Accelerator and they have all the support from Oracle to succeed too.