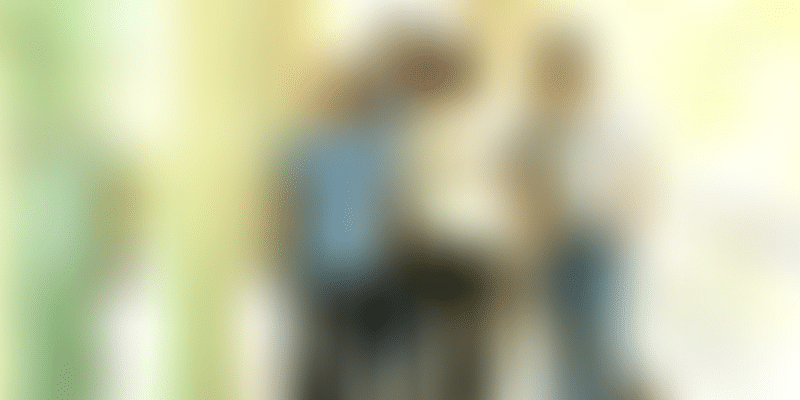 What cellphones were once to personal communication, self-driven cars are to transportation – both disruptors, revolutionising the way in which people go about their daily lives.

The backbone for these smart cars is the advanced driver assistance systems (ADAS), which consists of several vital technologically-advanced components. One of these is the radar mechanism.

“Radars are indispensable sensors in self-driving cars. For a car to drive like a human being, it needs to see its surroundings, detect where things are (for instance other cars or pedestrians) and at what speeds they are moving. The sensor feeds into an Artificial Intelligence (AI) system which, together with GPS and custom maps, makes safe driving decisions, including when to brake, accelerate, change lanes or yield,” explains Apu Sivadas, one of the co-founders of Steradian Semi, a Bengaluru-based fabless semiconductor company developing CMOS Millimeter wave products for radars.

Radars use radio waves which are not affected by ambient light and enable the vehicle “to see” both during the day and night. This radar – along with a camera to detect colours and read signs - becomes the primary sensor combo for all autonomous cars. As the only sensor that facilitates visibility in bad weather, through fog and dust, a radar is a mandatory component of any smart vehicle.

Despite this critical factor, at present there are limitations to their capability. “Radars lack the ability to measure the shapes and sizes of objects. They lack the kind of resolution offered by video cameras or laser-based LIDARs,” says Sivadas, adding that Sterdian’s mission is to build a high resolution 4D radar.

The company recently reached a key milestone in this journey when it was named as one of the two winners of Cycle 1 of the Qualcomm Design in India Challenge II (QDIC II).

Flexible solution for a radar revolution

Steradian was founded in January 2016 by Gireesh Rajendran, Sivadas, Rakesh Kumar, Ashish Lachhwani and Alok Joshi. All five co-founders are experts in wireless and RFIC design, with more than 50 patents and several publications to their credit.

Sivadas explains that the secret to creating good images out of radar data lies in increasing the number of antennas collecting the data. “Approximately, a 32x increase in the number of antennas or pixels supported by a radar is required for radar imaging. Steradian has architected the world’s most compact semiconductor chip which maximises the pixel/mm^2. This enables hooking up a very large number of antennas to only a few ICs – that is imaging at the lowest price point,” he says.

The Steradian solution is both modular and flexible. Explaining the advantage, Sivadas says while a security application may require just four pixels, a surveillance customer may require 16 pixels. Both these requirements can be met with just a single IC, and customers can mix and match the IC to get the required resolution.

Secondly, Steradian uses very simple computing techniques to convert the sensor data into images. These algorithms can be run on software on a shared computing central processor. This offers enormous flexibility to update the performance over the air and also improve algorithms by leveraging on the AI backbone.

“In short, our super compact IC along with our shared processor architecture, such as Qualcomm Snapdragon, opens up the gateway to a mass market high resolution radar revolution,” says Sivadas.

Earlier this year in April, Steradian was named as one of the eight finalists for Cycle 1 of QDIC II. Last week, Qualcomm announced that the company was one of the two winners of the challenge.

“Despite being unsure of what to expect in terms of support, we applied to the QDIC program and I am thankful that we did,” shares Rajendran, who is also the company’s CEO.

He continues, “There are two parts to our product. The first is the antenna, and Qualcomm is helping us design these antenna systems. On the other hand, they are also helping us in the algorithm & implementing the computing.”

“We will continue to work with Qualcomm to further refine our algorithms and ensure they run efficiently and become more precise,” says Rajendran.

Steradian has released their IC for manufacturing and will start trials in the next three months.

On their market outlook, Sivadas says, “India is a strong market for us in due course as driver assistance picks up. This technology comes as a life saver due to its ability to map the road space in bad lighting and inclement weather – the two primary reasons for accidents.”