TV on the blink? Enterprises use Rehash as an after-sale service lead platform

How many times have you bought an electronics product and run around to find a service centre? Those who choose big brands need not worry, but what about brands that are yet to extend their service centres? Several times a great product fails because of the lack of a service centre. Now imagine if technology could solve this problem for a brand. Just key in a problem on the brand’s app, generate a ticket and wait for the brand to send over a service person.

This service request lead is the underlying technology built by Rehash Technologies.

Shruti Sinha, Co-founder of Bengaluru-based Rehash Technologies, says: “Till now, everyone called a service centre, but it was an expensive process for the brand to maintain as many of these services leads would not be closed.”

Recently they were pitching in San Francisco, at the Oracle OpenWorld event, where Shruti and her Co-founder and husband Satyanarayana S were talking to several companies at the Oracle Startup Cloud Accelerator program about the benefits of this cloud-based software.

The birth of Rehash

Shruti worked in customer support at a bank in Australia after completing her engineering course in Bengaluru in 2001. Her husband was a software engineer. After coming back to India in 2007, they quickly launched a company called Call2Fix, a BPO of sorts for apartment owners to call and get plumbers and carpenters. While the business generated $300,000 in revenues per year by 2014, she realised people-oriented processes were not scalable. Call2Fix shut shop in 2015. However, by then she had eight years of knowledge to understand what the customer wanted.

“I would get calls to fix TVs and electronic items,” she says.

“Most queries collected over the phone had gone unresolved,” she adds.

This was the birth of the idea. After investing about Rs 25 lakh, Shruti and her husband began to build Rehash, a software that captured queries connected to a brand’s CRM and called for immediate actions. What was Rehash disrupting? It was disrupting the BPO and connecting straight to the brand’s service manager’s office.

It took the company two years to build the company. Meanwhile, Rehash also raised $100,000 from ThreeAngels network and began to scale up tie-ups.

“Tying up with brands was not easy because no one knew me and they were not ready to listen to an idea,” Shruti says.

All this changed when she met a veteran of the TV manufacturing industry, KS Raman, the ex-president of the Consumer Electronics and Appliances industry.

“I chased him on LinkedIn to get a meeting and being a veteran in the industry, he understood our pitch and gave us the opportunity to be mentored. He eventually became part of the company,” she says.

With Raman on board in 2016, Rehash made five partnerships with OEMs like Carrier and IFB. Today, the firm has over six partnerships. Shruti also tied up with retailers and has convinced them to use their white label software as a service. The app promises a brand that it can increase customer loyalty by five times if the brand can close customer queries on servicing.

Reggie Bradford, SVP of the Oracle Startup Cloud Accelerator Program, says: “Disruptions can happen with the smallest of ideas and Oracle has been supporting 40 such startups, all of which have commercial engagements.”

Rehash is still in the pre-revenue stage as most of its commercial engagements are pilots. However, the payments will start coming in by the end of the year and the company expects to cross Rs 1 crore in revenue soon.

The business model is to charge an annual maintenance contract (AMC) plus a slab on the number of queries generated. Companies like Urban Clap and HouseJoy can also use their services to generate more leads.

According to Gartner, the CRM industry is worth around $36 billion worldwide and as brands use the digital sales channel they have to up the ante on after-sales service and allow customers to make the best use of their warranty.

The closest competitor to Rehash is 247Around, a Delhi-based services startup that helps brands service customers across multiple technician and electronics engineering channels, in multiple geographies, apart from connecting a brand’s service stores.

V Ganapathy, CEO of Axilor Ventures, says: “Any company that has identified an opportunity within an industry can scale faster. The service industry is one that requires technological intervention.”

The business of Rehash has been picked by Oracle to go global. But, Shruti and Satyanarayana must lead their sales to the next level and convince brands that technology is the solution to solve customer queries on repairs and also to increase revenues in the long run. They were part of the Oracle Startup Cloud Accelerator and they have all the support from Oracle to succeed too. 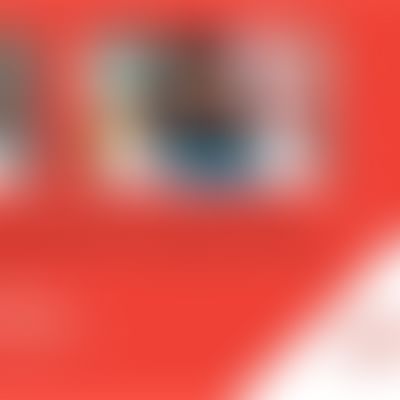