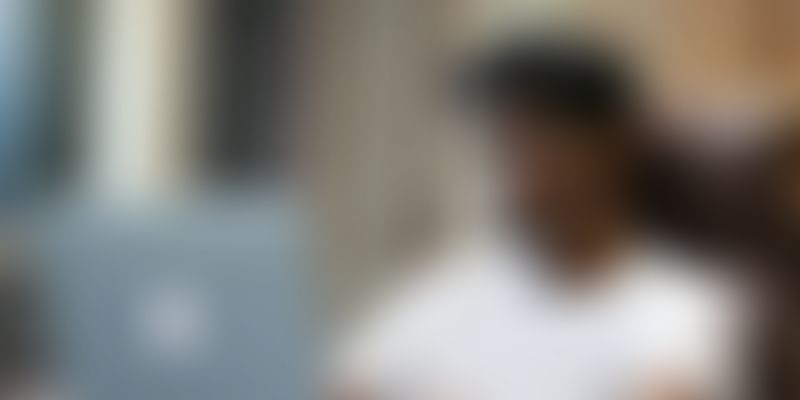 Acting beyond his years, Abhik Saha is a living proof to the saying — age is nothing but a number. A full-fledged entrepreneur at 15, his actions still remain grounded while his initiative helps feed the hungry.

Not treading the route of excuses or procrastination and not giving up in tough times, makes 15-year-old Abhik stand apart from his peers. Hailing from Chalsa, a nondescript small town in the Jalpaiguri district of West Bengal, he was an average student at Don Bosco English Medium School, Oodlabari, until 2011, when he got his hands on his first computer that changed his life completely.

Fighting the popular belief that one can achieve something great only if one belongs to the metropolis, Abhik began his journey of developing apps and creating his own search engine, all from his room in a small town.

An early love for technology

Son of a school teacher, Shefali Saha, and Alok Saha, a plywood trader, Abhik is a tech wizard who became interested in programming when he was just an 11-year-old kid. He ventured into the world of coding soon after his first class on the principles of web design.

Although he was immensely interested in the new subject, he was the only student to fail the computer science test in the entire class that year. Demoralised, he still refused to give up on the subject and decided to study hard. “I did excellently well in the next computer science exams, this was a major boost,” he exclaims.

Abhik took an instant liking to web designing with a lesser focus on programming. “My teacher appreciated the effort I put into designing web pages but insisted I work on learning programming as well. To me, C++ and other programming languages were plain boring. But what followed is still a surprise to me.”

Since his understanding of programming was very poor, Abhik had nearly given up on learning the subject. He shares that his only saving grace was his chance meeting with a software developer who explained to him the importance of programming and its possibilities and also let him try Visual Studio, a programming integrated development environment for building software.

“I began studying programming seriously and improved my coding skills, and solved logical problems. I then knew this was the direction I wanted to take in my life.”

Abhik went ahead to found Arnabhik Corp, a website building firm with a help from friends of the same locality in April of 2014. He was only 13 then. Though the company was never formally registered, it generated good revenue and projects from international clients gave Abhik the opportunity to create over 30 websites. “With the company turning out to be a success, I decided to move forward,” he says.

The next step forward

The money Abhik earned with his website building firm in 2014 helped him buy two computers for coding. He also bought his first server and a broadband connection. This marked the beginning of Abhik unlocking his skills.

He started out by building basic software utilities watching online tutorials, exploring and finding a solution to problems. He also built a security system and an antivirus that he named Seren to protect his school computers from viruses. His next milestone came in the form of a smartphone his father gifted him on his birthday in 2015. “With the smartphone, I understood that apps are the future and began learning app development for Android.”

2016 continued to be a successful year. On April 5, 2016, Abhik launched GreenCulture, an Agriculture App which notifies farmers of latest news about crops, lands and better farming techniques, providing scope for real-time chat with experts. Lastly, Reming God, a Reminder app that helps one remember plans made for the future went live on April 30, 2016.

Abhik began working on creating his own programming language called Lino after the launch of his apps in April 2016. “I did not see the need to rely on multiple languages to create technology, so I took up a project to invent a unified language. As I worked on understanding the frameworks that hold up the Internet, time and again my research hit a number of roadblocks.”

The problem wasn't the lack of good quality content while browsing websites but it was the amount of spam, fake sites, malware, irrelevant content and intrusive pop up ads that slowed down his research. He was most disappointed when keyword searches led to sites, with no relevant information, ranked on the first page by search engines.

Abhik realised that before he could change what the developers built for the Internet, he would have to change what users expect out of it. This triggered the launch of Origgon, a search engine whose SEO won’t show you the top sites chosen on grounds of advertisements but the top searches chosen by people all over the world.

“The idea of launching a search engine came to my mind after I successfully created Lino. I began working on the assignment but was in need of funds. Around mid-February 2017, I met an angel investor via Facebook who invested Rs 21 lakh and helped me turn this project into an actual business,” says Abhik.

“My objective was to build an index and database of websites one by one. I wanted to make a search engine that extracts results from other search engines and algorithmically sorts the best, deletes the spam and malicious sites. Our main feature is, we do not track you or your IP, and you are completely anonymous while using our servers,” he adds. With this, Abhik shifted to Mumbai in April 2017 after clearing his board exams and launched Origgon in August both as India’s first social engine and a registered company.

Contributing towards feeding the hungry

Origgon analyses little things such as likes, comments, shares to rank websites using real human signals. This unnoticed information brings more value, true and real content to the web, and in the process helps us discover a number of good sites that often get lost in the clutter and also get personal reviews, thereby helping us make easier decisions.

Moreover, the trust factor Origgon builds is most important. Abhik explains, “We help people trust the content they view as it has been either liked or shared by another viewer. Powered by Bing and social media, we are completely transparent. You can clearly see the likes, shares, and comments each result has, both globally and within your social media circles. You can further like and comment, creating a social media like environment on the search engine.”

The benefits of Origgon do not stop here. Using the engine will not only give you user-friendly results but you will also help Abhik’s cause to feed the hungry. The initiative started on the October 3, states that for every 5,000 searches it gets, the company will donate 10 kg of wheat flour to NGOs supporting mid-day meals. So for every 50 searches, you make through Origgon, a poor tummy gets full.

Today, Origgon’s team has just three members. They plan to raise funds to hire experts to build the next level of their search engine. Abhik signs off by saying, “My goal is to change the way sites are built and consumed. I want this to be an experience involving real reviews from real people like you and I. To achieve this, our aim is to upgrade Origgon by increasing the outreach of our business, expanding our servers and also improving our marketing and research and development. This would require a funding of about 7 million USD and we are looking for angel investors to help make an Indian search engine the best search engine in the world.”

With at least a million searches on Origgon for a start and by not limiting browsing to just the 10 blue links that appear on every screen, this passionate young entrepreneur wants to become the Bill Gates of India and give back to his nation through his startup.