Blockchain use cases are real, but companies are yet to understand it 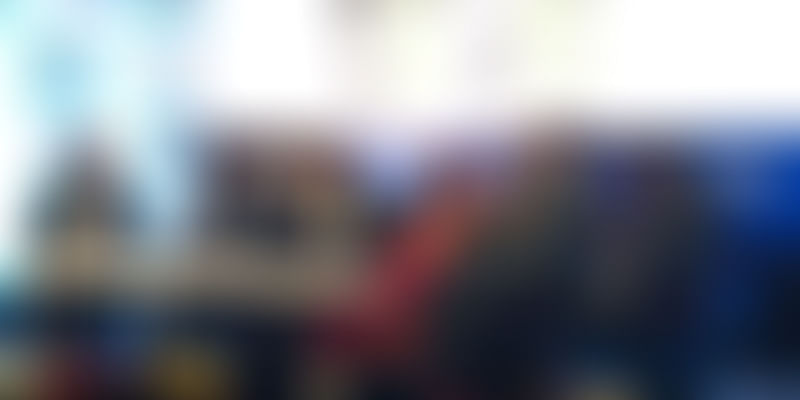 Settlement and payments are going to go peer to peer in a blockchain ecosystem. Blockchain is nothing but a distributed ledger where each party is in sync while executing a transaction and thereby the narrative that everything will be transparent in the nature of executing contracts.

According to PWC, $10 trillion of the global GDP will be on Blockchain by 2030 and that makes it 10 percent of the global GDP. Think about it, India is a $2 trillion economy and $20 billion is lost on tracking land titles each year.

At the panel, it was revealed that the State Bank of India is the biggest user of Blockchain in India. The bank’s core banking transacts $2 billion a day and has over 27 banks as part of a pilot to work on eight Blockchain applications. Over the next month, it will select two use cases to be applied on a commercial basis.

Sudhin Baraokar, Head of Innovation SBI, says, “I just hear a lot of stories around digital technologies disrupting banks. But, we at SBI got 27 banks together and work in an ecosystem already. Our stakeholders need outcomes and that's when Blockchain becomes mainstream. You need to be able to show them that Blockchain can handle a scale of transactions in new business lines such as crowd-based funding and P-2-P lending.

Today, blockchain technology can usher an era of smart contracts (where all parties agree on executing a contract on available information digitally and no one party can tamper with the information without others knowing) and KYC to make transactions transparent.

SBI spent Rs 800 crore to manage JanDan accounts last year and Blockchain can completely drop this wastage by verifying the accounts on a real-time basis by tracking people, government funds, and bank managers who are party to the transaction.

Krupesh Bhat, Founder of Legaldesk, says, “The challenge in India is integration and how do you use it when it comes to governance and legally binding. It serves as a permanent record to a transaction and the Indian legal system should open up to Blockchain. The whole society has to move towards transparency.” Today the govt of Andhra Pradesh, Karnataka, and Telangana are looking at putting land records on Blockchain.

However, there are bottlenecks. For example, although Aadhaar offers convenience to execute transactions with digital signatures, you still cannot sign rental agreements with it. So before we implement Blockchain, organisations and governments should be excited about the utility of the tech.

Rajesh Dhuddu, SVP Quatro says, “Today, there is uncertainty in establishing how the whole thing works because they have not been able to tell how the exchange of records happen.” He adds that Fortune 500 companies have still not moved to Blockchain because of the lack of understanding of the technology.

Arifa Khan, representative of the Etherium Foundation, says that Blockchain became mainstream because world leaders in Davos decided that it would add value to records and the way they were stored, distributed, and pulled out transparently. “The cloud is central to Blockchain technology. There is a lot of technical talk around Etherium and other protocols to improve blockchain to do lightning transactions. Can it manage 4000 transactions a second is what will define the success of Blockchain. There are many contenders to build Blockchain technology, but it is a reality.”

Today, there are several startups working on Blockchain tech and corporates need to collaborate with them to understand how smart contracts work.

These are the few applications that can benefit from Blockchain.

According to Gartner Inc., the business value-add of Blockchain will grow to slightly more than $176 billion by 2025, and then it will exceed $3.1 trillion by 2030. So, that’s why IT services are betting big on it. It is going to be part of their cloud and platform offering. All IT Services companies constitute less than 10 percent of their revenues from the cloud. With global corporations betting big on security, AI, Machine Learning and Analytics, all these services can be built on Blockchain-as-a-service. One needs to look at the history of Blockchain and how it has evolved to form a view on the future of Blockchain before jumping on it as the panacea for the world.