Blockchain, Bitcoin and Artificial Intelligence 1.0: All you need to know 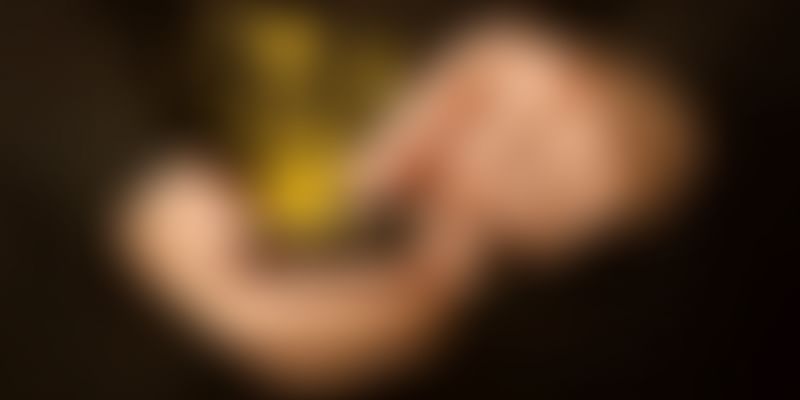 Blockchain, Bitcoin and Artificial Intelligence may be buzzwords, but it’s important for corporates, startups, and individuals to make sense of these technologies of the future.

A startup founder comes up and says, “I invested Rs 40,000 in Bitcoin; it has now doubled.”

Two days later, a friend says, “I want to invest my savings in Bitcoin.”

This is followed by an engineer, asking: “Will artificial intelligence take away my job?”

There is a lot of science fiction in parallel to realities that encompass Blockchain, Bitcoin and Artificial Intelligence.

But SBI’s Head of Innovation Sudhin Baraokar says it as it is. “These technologies are at a juncture where the internet was 20 years ago. The understanding is still minimal for businesses and corporates,” he says.

Now instead of going into theories, let us look at the history of these technologies and how they will impact you.

From Blockchain to Bitcoin

Bitcoin, a crypto-currency, was born 10 years ago when the founder, Satoshi Nakamoto, who has not revealed himself to the world as yet, wrote a technology protocol called Blockchain. This technology protocol works on distributed networks where it creates blocks out of information (ledger entries) passing through a transaction between multiple parties. This information cannot be tampered by any party because everyone can access the information at the same time. Information cannot be changed without the other knowing.

Current digital technology is based on client-server models where information that is updated or exchanged is controlled by one central server and database. In a business contract execution between two parties, the information is always passing through a bank, which is a trusted third party.

In a Blockchain, the system works differently. It works on distributed computing where every bit of information updated between multiple parties is captured by all parties, including the bank. There is not one central server controlling the flow of information updates; this does not complicate or duplicate work.

“There is no gatekeeper in this case since information flow is open and the third party is a facilitator who witnesses a transaction for you rather than executing it on the behalf of two parties and there is digital trust,” says Sudhin, of SBI. He adds that this digital trust is added by multiple parties coming together to make a system come true.

In simple terms, authorisation and authenticity of the transacting parties cannot be manipulated. At least in theory.

Your Story has reported what Blockchain can do for smart contracts and how it can help your business (read here).

That is Blockchain for you. But, what of Bitcoin?

Bitcoin, which is not a physical entity or organisation, is a deregulated currency that wants to create a new world order in the financial system. It enables a peer-to-peer transaction, where no bank exists in the exchange of goods and digital currency. The whole system is not regulated by central banks of the world, which for the last 200 years have decided the value to an item of exchange either pegged to gold or to the dollar based on trade deficits of nations. The PWC image tells you everything about this technology.

Let us consider an example involving the sale of bananas under the bitcoin system before explaining the tech.

Farmer Vineet Kumar wants to sell 1 ton of bananas to Joe Maggio in the Philippines and they both get into a contract digitally. But, the Blockchain network will set the price based on agri transactions happening across the world. Now, this is where the technology kicks in that a certain individual called Vineet has agreed to sell bananas to Joe at a certain value of Bitcoin.

Once a smart contract is executed by all parties - the logistics firm, the customs and the shipping company - the Bitcoin is released between all parties. How is the question?

This smart contract becomes a block in the system, which the technology verifies to be true within all parties. Since it is a distributed open loop ledger system, the computer that first verifies the transaction mines bitcoins and facilitates the exchange of goods between both parties.

Rajesh Dhuddu, SVP at Quatro, a company that advises on Blockchain technology, says, “This financial and payment system is not understood by many as yet and only smart contracts are understood so far.”

He adds that the Bitcoin scenario remains a financial system understood by a few. Those who have Bitcoin have ushered in an investment frenzy of late because the price of one Bitcoin today is Rs 5.36 lakh. But if you don't understand the system, it’s advisable not to speculate. Bet on companies that are building smart contracts through Blockchain; Bitcoin speculation is completely dependent on how nation-states will react to this borderless currency.

For the Bitcoin system to become mainstream, it requires central banking to disappear and money as a concept to completely be controlled by a digital system without factoring in data such as inflation and consumer price index. Will it end poverty? No!

“It will be used by advanced societies and the world will have both Bitcoin and currency,” says Arifa Khan, a representative of Etherium Foundation, a technology protocol for Blockchain. She says Bitcoin works because it does not need banks controlling the exchange of goods between people.

Nonetheless, the narratives of the financial system will still create a world of the haves and have-nots.

Let us explore why as we see artificial intelligence step into the scenarios discussed above. AI technically sits on top of Blockchain, can crunch massive amounts of data and make decisions at the same time.

The rise of Artificial Intelligence

Artificial intelligence is software that writes itself and learns from massive data patterns to make decisions. Today, all software is still being taught by humans and is in the realm of machine learning and deep learning. While governments and politicians use the word AI, they want to jump into the narrative because they can get more students to register in colleges and remain relevant in elections. Nonetheless, the lack of jobs will also be part of their political shenanigans.

In essence, 20 years from now there can be several possibilities. You don't need people in an era of AI to program systems. Job losses will be real unless corporates train individuals to train the system. This is where society must realign its entire talent to be productive to do something else because consumption is what drives the current financial and economic system.

Author Yuval Noah Harari, in his book Homodeus, says there will be a large useless class who will be dominated by superhumans with implants to power the brain and also live longer. This a possibility and not a prophecy. However, books apart, corporates are already investing in AI.

“If the client wants efficiency we have to move towards systems and technologies that make work happen in the most efficient way in terms of service and price. AI allows that,” says NS Parthasarathy, EVC at Mindtree. He adds that the future is about answering what clients demand.

So, if you are worried about Blockchain, Bitcoin and AI, don't be because they are all going to impact us at some point. It’s time to learn about these technologies of the future! But refer to the image from PWC and it can help you understand it better.