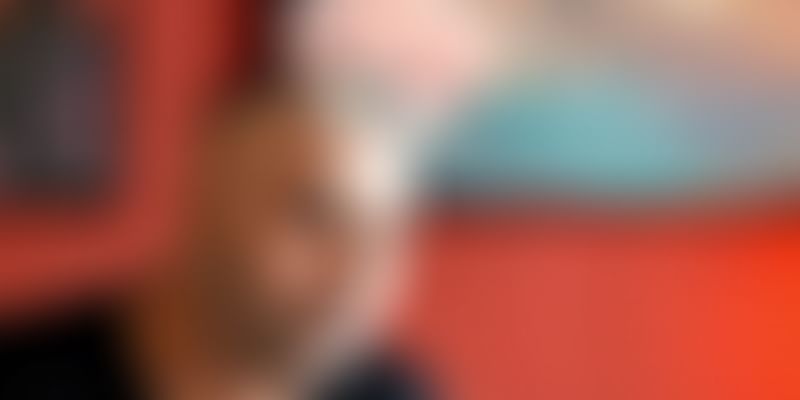 Rains in Mumbai can thwart travel and a ride from Kemps Corner to Kala Ghoda can get daunting. But after a long drive, a visit to the India Circus office turned out to be a colourful change from the grey and bleak monsoon sky. Bright hues of pink welcome you as you enter the store. The walls of the office space are deep blue and several paintings hang on them.

Vibrant, colourful, and Indian is what best describes India Circus — an online brand that offers quirky accessories, wall arts, home décor, fashion products, and utilities. Launched in 2012 by Krsnaa Mehta — renowned designer of The Bombay Store and Good Earth — India Circus appeared at a time when the market was yet to be flooded by similar brands that revolved around unusual design ideas.

But times have changed. There are now several brands that offer quirky designs — Chumbak, Happily Unmarried and a few others. So what sets India Circus apart?

“All our designs are not quirky. We have four categories of design — quirky and classic for which we make beautiful and poetic landscapes. We also have a rupee design. The more expensive the product, the more elegant the design. Our customers are from 20 to 65 years of age; whereas, for most other brands like Chumbak, the age range is between 20 and 30,” says Krsnaa.

Why not do something different?

For Krsnaa, whose family owns the textile brand Zeeba, retail business wasn’t new. After studying graphic design in the US, Krsnaa got back to India with a desire to do something different.

“My family’s work was just textile. I wanted to do much more. At Good Earth, I had a blast, working for three to four years doing all sorts of exciting stuff,” Krsnaa says.

When he figured that it was quirky designs he wanted to create, Krsnaa started The Elephant Company with The Bombay Store. He soon began working on design, collections, and brands.

The Bombay Store took off and Good Earth was doing well. And after this, Westside approached him to handle the design for their Home section.

With Good Earth and The Bombay Store, Krsnaa’s name became synonymous with home design. However, a nudge from his friends made him think of entrepreneurship. He says,

“At one point, my friends told me that it wasn’t enough — me doing this for other people. It was time to do something of my own.”

In 2011, Krsnaa decided to start India Circus with Devaki Khimji and Hadi Curtay. Hadi was the technology guy, but none of them knew anything about retail. For a whole one year, the team focussed on product development, design creation, among other things.

They met buyers and vendors. In 2012, they decided to go online. Physical stores would come later. There was no rush and it was exciting.

“This was a great decision. India Circus became a quite popular name, even without any brick and mortar stores,” adds Krsnaa.

It was in 2013 that Navroze Godrej, Head, Strategy and Innovation, Godrej & Boyce, decided to invest in India Circus. By December 2015, Godrej Group acquired a controlling stake in the company.

The business continued to be online and they started offline stores at airports. Navroze points out that they saw a synergy between what India Circus does and what they do at Godrej Interio.

Making sense of a tough business

However, building India Circus wasn’t easy. “There were many things to do. We luckily outsourced warehousing and thus logistics were taken care of,” recalls Krsnaa.

However, since it was an online business, product development was key. The challenge was to get a great quality product at Rs 2,000 price point. While they were dealing with vendors, the team ended up rejecting 60 to 70 percent of their goods.

“Once we sold 3,000 glass mugs but their design came off because the producer did not treat it a certain way. All those troubles have gone into the growth of our brand,” recalls Krsnaa.

Hadi’s technical know-how came to their rescue with technology-related matters. Krsnaa remarks that now they have mastered the art of spending money online and getting a positive return on investment (ROI).

“We are an online brand. We do not trade and sell anybody else's goods. Often people compare us to the big boys of online retail, even though we have a completely different business model. But we aren’t even playing that game. We do not sell fridges or anything else. We just sell products designed and produced by us. So, it is different in that sense,” says Krsnaa.

However, Krsnaa might have imagined his business to be slightly different when he started out. “I would probably have liked to have three stores by now,” he says. He adds that, at that time, if they had the capital, they could have hired a person from a strong retail product background to make India Circus a pan-India brand.

“We started off as a boutique and we kept growing. If we had someone with retail experience, we could have been at selling Shopper Stop in the first year itself,” remarks Krsnaa. However, he adds that India Circus is now at a comfortable place where they don’t have to work with the vendors who supply the cheapest products. Krsnaa explains,

“We are not IKEA or Big Bazaar — we do not have to produce at a certain price. It is alright if we have to work with a vendor who is slightly more expensive, because our price points are in the middle. It is okay if the price gets higher by Rs 20 or Rs 60, as we are not producing some 10,000 pieces. Since our designs keep changing, we produce only 100-200 pieces of a design.”

However, the toughest part of an online business is the erratic nature of online sales. Some days are great, some days are not. Krsnaa says that it all depends on the way Google and Facebook treat them and other retailers.

“The day your ads are more visible, your sales will be higher. I have never seen a steady online sales platform. Offline sales, on the other hand, are fairly stable,” he remarks.

Eighty percent of India Circus’ sales come in through the online channel. As a group company it is about 60-40 because the team gets a lot of corporate order and gift orders. From a consumer point of view, it is about 80-20.

The roadmap for future

With the management and support of Godrej Group, India Circus will be foraying into nine offline stores to widen its reach, besides expanding its online and B2B verticals. The team claims that they are poised to grow from Rs 6.60 crore turnover in FY 16-17 to Rs 44 crore in FY 21-22 at a CAGR of 65 percent. At present, the team has 80 people.

Plans are afoot to expand into Bengaluru’s Phoenix mall and later in Chennai and Pune. Delhi will come last, because the team believes the retail business to be tough.

“Khan Market is unapproachable because it is superbly expensive for no reason. We will need to make Rs 1 crore a month to survive at Khan Market. There are many other nooks and corners,” says Krsnaa.

The team at India Circus is also designing several hotel interiors, which accords with the customised side of its business. By the end of the financial year, it hopes to launch three stores, two of them in Bengaluru.