How Wildcard helps early-stage Japanese startups expand to the US 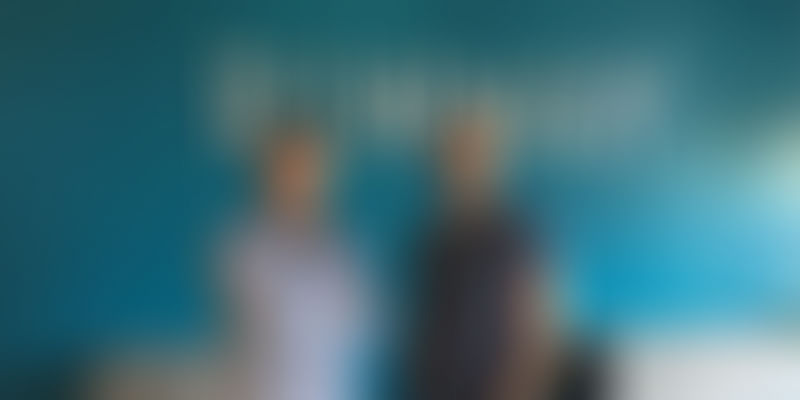 An incubator with an emphasis on non-investment mentoring/coaching, the firm aids the Japanese early-stage startup community.

The 2008 global economic crisis after the Lehman Brothers collapse affected the VC industry in Japan, and it was becoming increasingly clear that the industry was turning into a late-stage growth funding business with a less risk-averse mindset. In late spring of 2010, Nobu Kumagai left his job as a VC in a cross-border venture fund because of this reason. The fund was a partnership between Japanese VC firm JAIC and NTT Docomo, similar to the Kleiner Perkins/Apple joint fund iFund. They were investing in early-to-growth stage startups both in Japan and in the US that were in the core-tech space within the next generation mobile phone technology. Nobu was part of a Silicon Valley-based software developer startup the fund had invested in, and served as board director overseeing their businesses, particularly their business developments in the far East.

Given his previous experience and connections in Silicon Valley, Nobu got numerous inquiries on running something that helps startups and entrepreneurs in Japan to seriously tap the US market. In 2010, there were many incubators/accelerators that were helping Japanese startups expand to the US, but most of them were focussed on growth funding. Nobu thought he would build much better and healthier founder-supporter relationships by not investing in startups, and solely be compensated with fees. With this in mind, he set out to build an incubator with an emphasis on a non-investment mentoring/coaching platform that was founder/startup-friendly for the Japanese early-stage startup community.

Wildcard team primarily comprises of Nobu, Charles Belle, who is an entrepreneur, attorney and founder of Startup Policy Lab, and legal partner Eiji Okuyama. Wildcard’s core programme is a one-on-one startup mentoring/coaching that can last from two months up to six months. Each mentorship contains both Japan-side and US-side supporting phases. Wildcard’s primary services are providing the US access as well as working along with the founders on initial sales/marketing efforts.

As part of Wildcard’s one-on-one tailored programme, the team consults with each founder/startups, see what their needs are, what their businesses are trying to address in the US, and how their models can be better fit in the market. Unlike most peers, Wildcard focusses on startups in their very early phase - pre-seed stage/pre-MVP stage. That is when most of the entrepreneurs struggle to scale their business. “We have a roll-up-your-sleeves approach where we don’t just provide consulting solutions, but we work along with founders, including cold-calling, marketing, and business development efforts. As you know, most of the entrepreneurs may not necessarily be fluent in English, so even though we strongly encourage them to jump into the ocean and learn the language through conducting business, we will be doing some of the dirty work in the early phase,” says Nobu, on how their mentorship programme is more hands-on.

Other than the core programme, Wildcard conducts seminars and small conferences in Japan where they invite notable startup founders from Silicon Valley and create a more intimate atmosphere, rather than the big conferences that charge expensive fees. Other than their startup programmes, Wildcard also has a professional consulting practice where they help both Japanese companies to enter the US market and the US companies to restructure/enter the Japanese market.

Interestingly, Nobu says that he is getting more and more inquiries from Japan’s regional small and mid-sized companies. Though little known outside the country, Japan has a sizeable tech community outside Tokyo and also an abundant number of high quality small to mid-sized enterprises that have long family-run businesses that have been supporting more well-known firms like Toyota/Honda/Sony/Panasonic etc. These companies have bigger ambitions going outside the country rather than targeting the domestic major powerhouses, which are mostly very risk-averse and conservatively managed.

As the regional small players are now beginning to understand the possibilities overseas, given the right decision-making and partnership, they feel they can tap the market overseas rather than sticking with the guys in Tokyo, where innovation is not happening. Alongside helping very early stage startups, Wildcard is also working closely with these Japan regional small/mid-sized firms on tapping the US market – depending on circumstances they also encourage startups/regional companies to team up to strengthen their potential coming into Silicon Valley.

Wildcard organised the Wild Tour Kick Off 2014, where they took seven seed-stage startups/entrepreneurs from Japan, helped them to build strong and convincing business presentations (all in English), and make a presentation in front of several notable VCs and serial entrepreneurs in Silicon Valley, as if they were looking for serious funding. “Though we knew there was little chance any of the participants would get funded at that very moment, our goal was to give them opportunities to build a strong case, so that next time they tap the US, they know what to do,” adds Nobu. “We never do the so-called ‘Silicon Valley Tours’ that almost all the Japanese consultants and incubators tend to do – bring a group of 10-20 young entrepreneurs from Japan, set up a tour plan visiting already well-known brands like Facebook, Intel, some Japan-friendly accelerators, do a local pitch event as a ‘ceremony’, and fly back to Japan holding several ‘US trip report’ events - we strongly stay away from organising these type of events.”

By late 2018-2019, Nobu hopes to be working more with larger companies in Silicon Valley that are looking to tap into the Far East as they already have established a strong and rich network in Japan not only through Wildcard practice but also tracing back 15 years from his years in investment banking and VC.