2017: the year when blockchain went mainstream 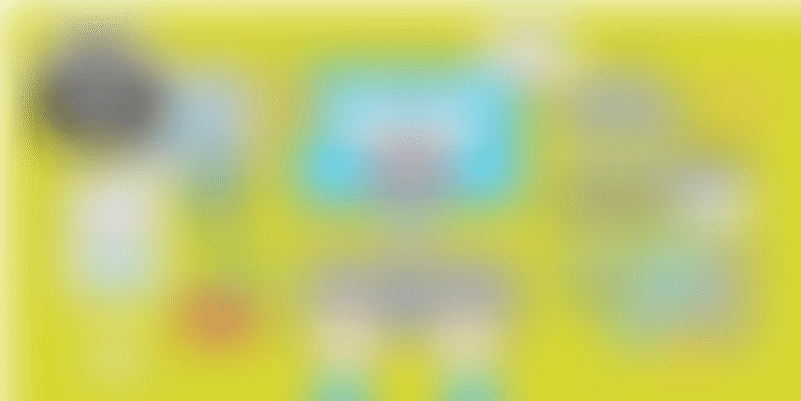 It’s almost been a decade since the anonymous person (or group of people) by the name of Satoshi Nakamoto floated the idea of a P2P electronic cash system dubbed Bitcoin.

While it was initially limited to geeks, software developers, libertarians, and cyberpunks, 2017 was the year when the virtual currency and its underlying technology started going mainstream. It was also the year when we started seeing how it would change the world around us, rather than just hearing about the benefits of a trust-less society enabled by Blockchain (read this comprehensive guide to understand the tech, but long story short, it’s a decentralised, public ledger of records ).

The general population started realising that the most important things in our lives are mostly just records in some database. Think about it – our names, our citizenship, our bank accounts, our vehicle and land ownerships, our marriages, our fundamental rights, our laws, our court cases – all of these are just a record in some database.

And to protect the integrity of these databases, we have an authority looking after it. But what makes us trust the authority? We don’t know. The assumption, “we need someone to look after our data,” has finally been questioned. The pursuit to find an answer to this question led to an even stronger belief in a decentralised world, and the seeds of this finally germinated in the year 2017.

Of course, the past 12 months were just crazy when one looks at the growth of the value of the cryptocurrencies – which surpassed all expectations. With so much happening within a span of just 365 days, it is important to look at the rear-view mirror into the wild world of virtual coins to put things into perspective.

As the year comes to an end, it makes sense to push out a yearly roundup of things that mattered in this space. Let’s begin.

As Bitcoins soared in popularity, so did the tech that powers it and makes it truly decentralised – Blockchain. Governments across the world as well as major corporations, have started looking at how to harness its potential. In India, Visakhapatnam has collaborated with Swedish start-up Chromaway to utilise Blockchain for keeping land records in order to avoid property fraud and corruption.

Legacy tech giants like IBM and Microsoft have already had projects on the distributed ledger technology, and they took them even further this year. International Blue Machines joined hands with Stellar (the company behind Stellar Lumens virtual currency) to enable cross-border payments that are faster, yet cheaper. Using the tech, the company is also enabling leading food brands such as Nestle and Unilever to monitor and uphold food safety standards. From food chain to supply chain, Blockchain is disrupting every chain.

Even Indian companies aren’t far behind. Bajaj Finserv deployed it to enable faster claim settlements for insurance, while Bajaj Electrical tied up with YES Bank to pay its suppliers real-time.

Even financial institutions and the Wall Street – which earlier played down Bitcoin and its ilk – have started understanding (and acknowledging) its significance. Towards the end of the year, we saw CBOE and CME offering Bitcoin Futures, which allowed anyone to place a bet on whether it’ll go up or down, without going through the complicated process of buying a Bitcoin.

This is a big win for Bitcoin because people who were wary of it being a speculative value, will get to play with it within the regulatory framework. Next year, even NASDAQ is expected to offer Futures on its exchange, and we’ll possibly be seeing the launch of Bitcoin ETFs (exchange traded funds).

Banks, on the other hand, have started using Blockchain for tamper-proof record-keeping. In India, SBI and 27 other banks joined hands to form BankChain to enable smart contracts and store KYC details. The US-based American Express and UK’s Santander has partnered with Ripple to enable real-time cross-border transactions.

All large institutions played in silos until now, and in the pursuit to stay relevant in the new world that is fast approaching us, they’ll have to adapt, which we saw happening in the year 2017.

A simple glance at coinmarketcap.com (a website that lists cryptocurrencies, their price, and market cap among other things) will tell you that there are close to 1,400 digital coins out there. However, what’s even more significant is the fact that while Bitcoin is the first and the most dominant cryptocurrency, its dominance is reducing.

The share of Bitcoin was more than 90 percent at the beginning of the year, and that has now almost halved at 47 percent. That’s notable in terms of the valuation too. While it grew almost 2,000 percent from $963 on January 1, 2017, to almost touching $20,000, there are coins which have witnessed even more explosive growth.

Ethereum for example, rose to almost $800 from single digit number ($8.26) at the beginning of the year. It’s also worth noting that now we’re seeing the second- and third-gen virtual currencies that aim to be more than just a store of value, and that brings us up to the next point.

Initial Coin Offerings – a term created to mimic IPOs, but should actually be referred to as Token Generation Event (TGE) – aren’t a new thing. But this year, they become a phenomenon as they disrupted the traditional VC companies by raising more than $3 billion according to Coindesk’s ICO Tracker.

The interesting part was that unlike any other form of raising money, ICOs allowed any company –without even a working product - to get money from consumers in exchange for their tokens. As can be expected, while several projects deservedly raised millions, many turned out to be a scam.

Thankfully, with regulation and awareness, next year, we can expect to have only genuine companies looking to raise money through ICOs. Of course, like any gold rush, a lot of stupid money has come in the crypto market, but we’ll see some sanity prevailing in the coming year.

ICOs also made it easier for companies that are already in the market to raise money. Popular messaging app Kik, for instance, launched its own token referred to as Kin. With such developments, we can expect to see some very feeble but decentralised ecosystems cropping up in the coming year.

Did you know that Estonia aims to be the world’s first digital nation with its own cryptocurrency? As part of its e-residency initiative, it will be introducing Estcoins, which will enable individuals to have their digital signatures as well as use them as loyalty points. Belarus on the other hand, not only gave them a legal status, but made cryptocurrencies tax free for the next five years. Japan has also legalised cryptocurrency trading exchanges.

Not every country, though, had a rosy approach towards Bitcoin and its peers. China first banned ICOs in June and later, it banned trading of fiat money to cryptocurrencies on Chinese exchanges. The SEC (Securities and Exchange Commission) in the US issued warnings about ICOs. Back in India, the government continued to be have a neutral stance towards virtual currencies. While it suggests to have a proper caution because of the volatile nature and says that it is users’ responsibility in case they lose their money, it remains to be seen whether they’ll be legalised or not.

Cryptocurrencies are supposed to be extremely secure – but not when you’re storing them on exchanges. While we used to rarely hear hacking instances until last year, this became a common phenomenon in 2017. Major trading exchanges and mining marketplaces like Bitfinix (Tether stolen worth $31 million), NiceHash and Youbit got hacked losing millions of dollars. Sadly, even wallets weren’t safe, as popular wallet-provider Parity got hacked – twice! It had a critical bug in its code, which led to the same. In total, as per various estimates, we saw close to $500 million stolen this year.

Ransomware makers also started using cryptocurrency to demand money. WannaCry quickly spread on Windows laptops widely this year in May. Hackers demanded BTC worth $300 to $600 to release the victims’ files.

To fork or not to fork

One of the biggest achievements of Bitcoin and the tech that underpins it is the consensus mechanism for authorising transactions. But what if the community doesn’t agree on something? That’s the basis of forks – a concept which means that communities diverge on a different path (or blocks, in this case), thus creating another virtual coin as a result, which promises to have a similar philosophy, along with better features.

With bitcoin’s soaring popularity, its transaction throughput of seven transactions per second is significantly low, and the transactions fees are also becoming high. To alleviate the issue, different stakeholders aim to reach an agreement with Segwit2X to tackle this problem. But after that getting cancelled, a group of people decided to fork Bitcoin to create Bitcoin cash, which has a bigger block size to handle more transactions.

Of course, this wasn’t the year when these forks started happening, but it certainly was the one when the forks actually seemed to have gained importance – considering Bitcoin’s network is clogged with transactions. We also saw many other forks of Bitcoin in the form of Bitcoin gold, recently-released Bitcoin diamond and even a fork that was created around December 25, aptly named Bitcoin God. This trend is expected to continue the next year as well.

So, what does the next year hold for us? Well, no one really knows. But one thing is clear, that cryptocurrencies are here to stay, and Blockchain will change the world around, sooner than later. It is for the first time in the history of humanity that we are able to trust a group of strangers more than an individual familiar face.

It seems that we’ve finally learned the lesson that if we all work together honestly, we don’t need an authority upon us telling us what to do and what not to do.