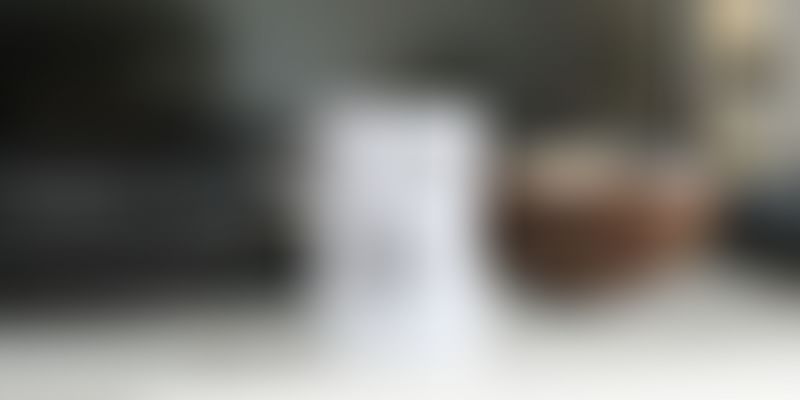 Crux LX is a power-efficient and modular-unified communication platform meeting the needs of consumers and businesses through a single device without requiring cables and instruments.

Where is it based: Singapore

The problem it solves: Communication

Even in the age of smartphones, Skype and FaceTime, offices remain cluttered with devices such as the landline phone, the printer, the answering machine, or the intercom. But what if the features of multiple devices were integrated into a common router? It would surely help organise the office space and ease routine work.

Two years back, when Rohit Gupta walked up to the cordless phone at his office to receive a call, he wondered if he could simply convert the analog telephone to a digital one.

“And if I could land the call on my smartphone, then why couldn’t I record that call? That way I could get rid of instruments, cordless phones, telephone cables, answering machines,” thought Rohit.

The idea gave birth to Crux Labs in October 2016, which aims to build IT products that simplify technology.

Their first product, Crux LX, is a communication platform that meets the needs of consumers and businesses through a single device without requiring cables and instruments, at a fraction of a cost that customers generally pay.

Crux LX is a wireless router that also helps connected users make and receive telephone calls using smartphones and other connected devices like desktops and laptops.

This, in turn, follows and supports standard protocols, thereby making it fit for work across all countries. Besides, it is designed to connect up to 250 users globally. The platform thus allows you to create your own audio conference bridge and interconnect multiple locations, while significantly reducing long distance calling charges.

One can use a data-enabled SIM from any country simultaneously for data and voice, or SIP trunk provider from any part of the world, including Skype for Business and Google Voice.

“Being power-efficient and mobile, Crux LX can also be used while travelling. We have tested the product on an Airbus A320 180-seater commercial plane. One device can connect everyone in the plane – without laying any cables or instruments. Crux LX uses 5-volt power over a micro USB port. A 5000maH battery bank can keep it powered for up to eight hours,” explains Rohit.

He adds that new users, applications and services can be easily added to the platform. In addition, Crux LX serves as an open platform that supports third-party applications that use software such as LAMP, node.js and MQTT stack, making it not only a perfect fit for unified communication needs but also a suitable base for application integration.

Rohit explains it as creating an autonomous WhatsApp like infrastructure with one device that can connect up to 250 users and allows close to 20 conversations at a given time. “But unlike WhatsApp, Crux LX does not require mobile numbers to be shared with users,” says Rohit.

Rohit launched the company in Singapore where he is based. However, when he started out, he realised that the telecom space was congested with high competition and several generations of technology that were being sold simultaneously.

Crux LX was designed to be flexible, thereby giving it multiple use-cases. However, Rohit knew that the product needed a right product-market fit and a segment of customers who were willing to pay for their offerings.

The team, therefore, looked at different options, including some off-the-shelf products that could be used as building blocks. In the process, they also talked to different people in the space. The team found that there were organisations in the market that had tried bringing out products on similar lines which were later withdrawn from the market.

“We signed non-disclosure agreements (NDA) with such companies to understand the reasons for withdrawal and market response. The inputs we got were insightful and validated our research around market segment, pricing, and technology building blocks,” says Rohit.

Industry experience and focus on SMBs

As per industry estimates, 98 percent of companies in any country are SMBs, and larger enterprises, in fact, account for less than two percent of total companies, says Rohit.

Rohit, who worked along different roles across IBM, HP and Wipro, knew that he had to focus on SMBs for his startup venture.

While all businesses face challenges, it is more difficult for SMBs as they do not have large pockets. Also given SMBs are so large in number, the competition is also fierce amongst them towards winning new clients.

This brings to the fore an underlying fact that technology adoption towards office automation is much lower in SMBs as compared to large enterprises.

There are several factors behind this, such as high cost of technology, complexity in management, high support costs and lack of internal skills, to name a few.

“Cloud-based solutions also do not work for SMBs as high per-user-per-month apex cost for a small number of employees can make the solution very expensive to consume. Hence, there is the need for a different approach,” says Rohit.

The struggle of a single founder

Being the single founder and no core team per say, he had to don multiple hats. It was in fact, Rohit who built the product from scratch. “We were driven by the idea of getting the product market-ready from an idea in less than a year,” Rohit remarks. Things got easier when he roped in industry experts as advisors and mentors. Also like any hardware product startup, Rohit found it difficult to find the right set of investors. Apart from there being just one founder, the investors didn’t like the open-source solutions. Rohit points out that it is a common belief that commercial value needs to have proprietary content or IP.

“Some we came across went a step further and said there is no innovation if it is based on open-source components,” he says.

He adds that finding support for creating products that aim at commercialising open-source solutions, amidst these mindsets, is challenging. The strategy he thought of was to leverage open source to create cost-effective solutions for SMBs, and stitch it all together in such a way that it allows the cost-sensitive customer to draw maximum returns from open source.

By the end of December last year, Rohit was able to demo the concept using a circuit board and a few smartphones. The company in incorporated in January, and soon enough, the team was able to rope in a board of advisors. By July this year, the team released a beta version of Crux LX and got in five customers in India and Singapore.

Crux was able to deploy a total of 12 devices across a 28-acre education campus, manufacturing unit, 50-bed hospital, law firm, fintech company, corporate offices, and a startup accelerator. With the five beta users, the team is able to clock in $5,000 in revenue.

“We want to see telecom companies as partners. However, they do not view us as friends because some of the features that we support may impact telecom revenues, such as audio-conferencing capability and lowered long distance call charges by interconnecting multiple Crux LX units,” says Rohit.

According to Global Market Insights, the unified communications market is pegged at $96 billion by 2023. The key players are Tata Communications and Cisco.

In the next one year, Crux Labs plans to attain a business-generating positive cash flow. Speaking of the future Rohit says,

“We are working on adding video calling, instant messaging, and file-sharing support. In the long run, we want to be able to serve applications remotely so that this platform can be effectively utilised by SMBs for more of such needs.”