How customer experience can be enhanced using chatbots 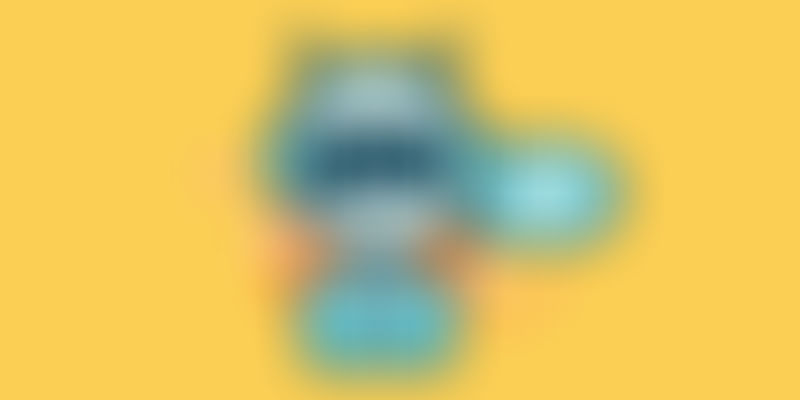 Chatbots are “the new apps” and have enormous potential, and are set to become competitive, customer experience differentiators for enterprises.

Every day, more and more consumers are becoming increasingly familiar with chatbots. It provides greater convenience than apps — making access to services and information simple, frictionless and more natural.

The nature of human-machine interaction (HMI) continues to evolve; it has transformed – from the graphical user interface and the mouse with computers, to capacitive touchscreens with smartphones, to natural ways of interacting with smart assistants– your voice, hands, eyes, and even your brain.

Chatbots are intelligent agents that respond to certain questions asked by a user. The system is provided with required knowledge and the entire process is fast and automated that you feel as if answers are given by a human in real time. (Turing Machine concept)

With over five billion messaging app users, there is a clear shift from screen to language, as users prefer this oversharing, connecting and collaborating over emails and calls. The main reason why Facebook is promoting chatbot is because Natural Language Processing (NLP) technology is mature enough to understand and interpret the user’s query into structured data –“intent” and acts accordingly.

Smart assistants like Alexa, Siri, Cortana and Google assistant take it further with voice, allowing user to interact without even having to reach for a device.

Chatbots are not yet smart, it uses hybrid approach

As messages provide new ways of customer-brand engagements, the platform players are injecting artificial intelligence (AI) to make it more intelligent while engaging with humans. However, there is a long way to go before users can have an open-ended conversation with chatbot that does not end in disappointment.

Hence there is a new trend of using dynamic user experience instead of relying fully on natural language interaction. In a hybrid approach, the user is guided through UI elements like interactive buttons, images and videos besides text messages. Instead of asking openly what the user wants, bots can proactively offer him some choices so he could get what he needs with minimal friction.

This helps in retaining user attention as information is provided progressively and a clear action is called out for each user interaction resulting in better user engagement.

Some may argue that this limits the user’s freedom and is of less value, but in reality, it is better to provide the user with options than to disappoint them with inappropriate responses.

Are chatbots ready for enterprise-wide deployment?

Chatbots are primarily being used to cut down costs and improve operational efficiencies in a variety of customer-facing industries such as retail, banking, telecom and utilities.

Millennials are playing a key role in the rise of chatbots, with almost 60 percent of them saying they have used chatbots at least once, according to a study by Retale. The results also reveal that among adopters, 39 percent qualified their experience as “very positive”.

Despite its popularity amongst consumers, it still represents a risk to enterprises. While an unfortunate outcome doesn’t seem as costly in the retail and telco industry, a breach of trust could prove disastrous in the banking sector.

Chatbots should never be deployed without establishing an escalation channel through which user issue can be routed to humans well trained to handle stressful situations.

Chatbots are well suited to frequent simple use cases where responses are often similar, freeing up time for humans to handle more complex use cases. Also, they work best for a specific task as against generalist customer conversation. A good case is self-service portals where most of the user queries you get are FAQs where they are better positioned to take these common, uncomplicated questions.

Chatbots are “the new apps” and have enormous potential, and are set to become competitive, customer experience differentiators for enterprises. As more and more enterprises adopt chatbots, we will definitely see conversations expand, and become deeper and mature over time. We will soon see techniques enabling chatbots to “plug” augmented reality into conversations.