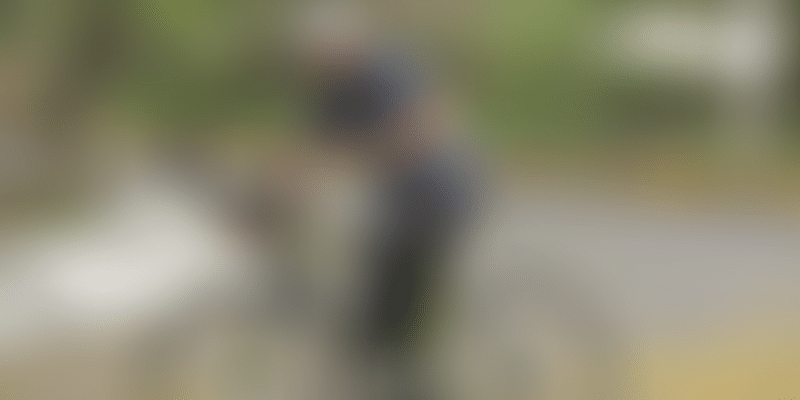 Wanting to continue the legacy of his family, Dr Sudhakar K.’s NGO works to provide access to quality education for the under privileged, and has set up health and wellness camps in Chikkaballapur district.

Dr Sudhakar K. left his two decade old corporate career to join social work and public life. At the peak of his career as the head of corporate affairs in Reliance Industries, he recalled his childhood dream and ambition — to serve the people and work for the welfare of his village. And this laid the foundation of his NGO, Sri Sai Krishna Charitable Trust.

Born in a small village, Peresandra, in Chikkaballapur district in Karnataka, with a population of over 1.91 lakh people, Dr Sudhakar grew up with the dream to make his village and district notable.

Community living and sharing of resources — be it food, blankets, or even land — was a regular feature in his household. Vast tracts of land belonging to his ancestors were utilised for the development and construction of post office, hospitals, regulated market, power stations, police stations, housing colony, and a school.

When our village was hit by plague, I remember how my family distributed its collective produce among 40-50 families. I learnt the lessons of patriotism, sacrifice from them and it instilled in me a passion to serve the society. Even my grandfather was a freedom fighter, he says.

Henceforth, working for the community and social welfare became his true calling.

In 1999, Dr Sudhakar started his NGO. Since then, he has been instrumental in setting up annual medical health camps, and sponsoring free cleft-lip surgery camps. Further, he provided transport facilities, stationery and computers to students in government schools of his district.

Education is the weapon that can empower and transform the country. It was amazing for the kids to see a computer for the first time, he recalls.

To promote ‘value-based quality education’, he started the Shanta Vidya Niketan School in the memory of his late mother.

By 2006, he quit his corporate job and started to work full time for public and social welfare. In 2013, following the footsteps of Keshav Reddy, his father, he contested the 2013 state assembly elections and became the MLA for Chikkaballapur constituency. He is now pushing legislation and onground work through various projects.

Recently in September 2017, conscious of consecutive droughts faced by Karnataka and on witnessing the plight of farmers, he was instrumental for the setting up of Rs 943-crore state government project which involves taking the treated water from the Hebbal and Nagawara tanks of Bengaluru to 44 minor irrigation tanks of Chikkaballapur.

Post 2000, all our live water sources have gone dry due to repeated failed monsoons. My focus was to get water for my constituency.

A severe shortage of rainfall has left 1,981 tanks, the lifeline of the district, without much water in the past 10 years.

Through this project, Dr Sudhakar hopes that Chikkaballapur will get approximately one TMC ft (thousand million cubic feet) of water. Moreover, the revival of Kandavara Kere (tank), the largest tank spread over 330 acres would result in bringing respite to the parched dry land where farming is dependent on seasonal rainfall.

Dr Sudhakar believes that a lot more work is yet to be done and Chikkaballapur’s potential remains largely unexplored.

There is a need to focus on creating intense industries that in turn create labour opportunities like textile, pharma, manufacturing, etc. We need uniform development across the state in terms of power, water, and surplus land. Rural development should also happen very scientifically, he says.