GES2017: Of Facebook VR and 5 innovators of GIST Catalyst competition 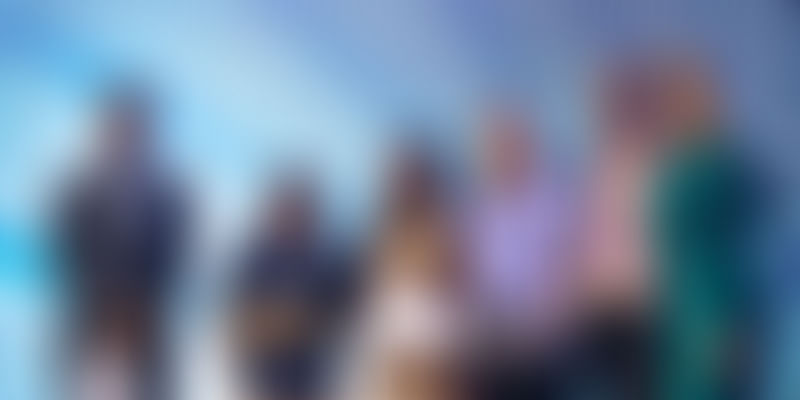 Standing inside the moving metro, I notice a gun on one of the seats. I hear a voice telling me to extend my hand and pick it up, so I do. In a few moments, we are at the next metro station, and the doors fly open. A group of heavily armed commandos stand right in front of me.

What follows next is mayhem, with bullets flying everywhere.

While in Hyderabad to attend GES 2017, I wasn't aboard the newly-launched Hyderabad metro, but, in fact, experiencing a virtual reality (VR) game on Facebook's Oculus Rift in Hall 3.

The ‘voice’ I had heard was actually a Facebook representative guiding me through the onboarding process of how to use the controls to pick up and interact with objects in the virtual world.

Things got complex as we went along - I learnt to teleport, and also grab incoming rockets hurled at me and then propel them back at what looked like aliens.

Back in the real world after defeating the final boss, I grabbed a cup of tea and set out to explore the rest of Hall 3. The hall had booths from many well-known companies and MNCs on the fringes, and the center was divided into four main seating areas, with placards that read -

Knowing where my loyalties lay, I went up and took a seat in the media and entertainment section to soak in the vibe of GES while I finished my tea.

It was then that I realised the four seating areas were actually based on the categories of the GIST Catalyst competition, which was underway at the other end of the hall. The GIST initiative, which stands for Global Innovation through Science and Technology, works to empower and strengthen science and technology entrepreneurs around the world through online and in-country programming and partnerships.

At GES 2017, GIST hosted a pitching competition where GIST Catalyst semifinalists competed for over $400,000 in startup resources. In a blog post, GIST noted that semifinalists in the GIST Catalyst competition were chosen based on a combined score that took into account their performance during the public vote portion of the competition, their pitch video, and feedback from expert judges who reviewed each of the 75 plus startups that competed.

The four finalists were...

The competition was split into four pitch sessions based on the four GES focus industries (as described above). Four finalists, a winner from each category, then competed again, giving a 90-second pitch to the judges followed by two minutes of questions. From this final pitch session, a Grand Champion for the GIST Catalyst pitch competition was chosen.

All four finalists will receive $10,000 in Amazon Web Services credits, a Dell laptop, a Circular Summit scholarship from Alice, and $20,000 in Google Cloud credits*. The finalists were -

Frontier Markets is a last mile distribution solution for energy products with a focus on solar technology. It empowers women by giving them the tools they need to teach their communities about the benefits of the solar products that they sell.

#GISTCatalyst pitch session on Energy and Infrastructure is done. Congratulations to Ajaita Shah and her startup Frontier Markets. She is advancing to the finals! We also want to give a shout out to Molly Morse and her startup Mango Materials, which was the runner up. #GES2017 pic.twitter.com/P629Yaly0Z

#GISTCatalyst pitch session FinTech and Digital Economy is done. Congratulations to Jainesh Sinha and his startup GyanDhan. He is advancing to the finals! We also want to give a shout out to Evelyn Chilomo and her startup Lupiya Circle, which was the runner up. #GES2017 pic.twitter.com/Gd0frDuSGx

ApisProtect addresses the growing health crisis of bee populations around the world through in-hive sensors, retrofitted into existing beehives to monitor honey bee colonies. Using Machine Learning techniques, data is gathered and shared through mobile data networks to farmers, providing updates on hives, and alerts with insights on how to improve the colony’s health.

#GISTCatalyst pitch session on Healthcare and Life Sciences is done. Congratulations to Fiona Murphy and her startup ApisProtect. She is advancing to the finals! We also want to give a shout out to Kristi Gorinas and her startup Defendables, which was the runner up. #GES2017 pic.twitter.com/CfgehcXNwG

Merxius Software’s RED is a virtual reality content creation software that helps product designers in sectors like engineering, construction and architecture view, and enhance, any 3D design in Virtual Reality. This aims to solve a visualisation problem, by giving designers easy to use tools for control and communication of any of their designs.

Ajaita Shah from India was named the 2017 GIST Catalyst pitch competition Grand Champion during the closing plenary of the 2017 Global Entrepreneurship Summit.

As the Grand Champion, Shah will receive $50,000 in Amazon Web Services credits; a Dell laptop; admission to the 2018 Circular Summit from Alice; an exclusive virtual mentoring session with an Amazon executive; $100,000 in Google Cloud credits, and $2,000 in cash from Cognizant, among other prizes.

In keeping with the overall theme of GES 2017, which was 'Women first, prosperity for all', Molly Morse, founder of Mango Materials, from the United States, received a special mention at the GIST competition and the Women First Award from AWS.

As the Women First recipient, she will receive $50,000 in Amazon Web Services credits, virtual mentoring session with an Amazon executive, and a Dell laptop.