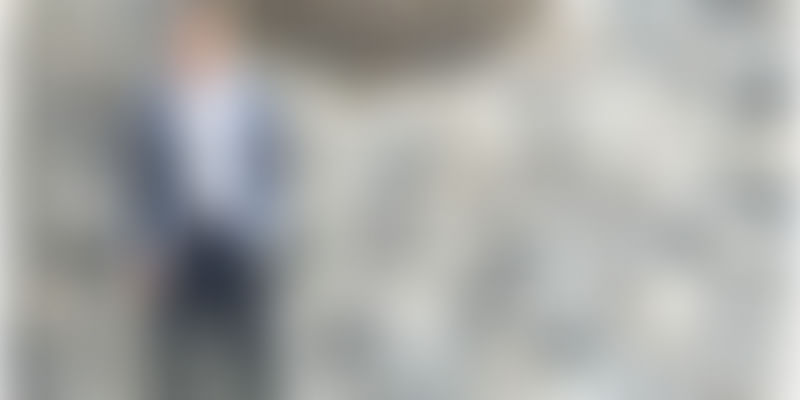 After losing his legs, Curtis McGrath became the first Australian to win gold in paracanoe at the Rio Paralympics. A soldier, athlete and motivational speaker, the world champion is also working extensively to support and raise awareness for injured Australian Defence Force personnel.

“You will see me in the Paralympics.” This is what the former war veteran Curtis McGrath told his fellow soldiers who carried him 500 metres to the base to put him on a rescue chopper. Within two years of the horrific incident where he lost both his legs, Curtis won the gold medal at the 2014 ICF Canoe Sprint World Championships in Moscow. In 2016, he not only delivered on his promise of entering the Paralympics but also won the first ever Paralympic title in the men’s KL3 canoe sprint for the country at the Rio Paralympics 2016.

During his recent visit to India I caught up with the world champion, who was on a mission to spread awareness among the disabled about the opportunities. A calm and humble man, Curtis unfolded his journey so far and how he converted his challenges into opportunities.

“When the incident took place, I knew that my legs were gone and I made sure that I would catalyse on the opportunity that I had, that was going to the Paralympics. Because of my love for sport, it helped me to rehabilitate and push through those challenging times,” Curtis says.

Keeping his head above water

At 18, he joined the Australian army as a combat engineer in 2006, where Curtis’ role was to ‘provide mobility while denying the enemy mobility’, and his range of duties included destroying bridges, clearing mines and booby traps, among others.

“We used to go out for patrol in Afghanistan and come back and watch the Olympics on TV,” Curtis recalls.

In 2012, Curtis was posted in Afghanistan, and just after two months into a tour of the Taliban-rife areas he stepped on a homemade landline, popularly known as IED (Improvised Explosive Device), losing both legs – right, just above the knee, and left, below the knee in the blast.

“I was a fit and healthy person and all of a sudden I was a disabled person that required a lot of help and support to get around and do things. Overcoming that and comprehending how I was going to adjust to this new phase took me a long time,” reveals Curtis.

Summoning incredible willpower and courage, Curtis instructed his mates how to apply the lifesaving tourniquets and administer the correct morphine doses.

Also read: Meet TS Chandrasekar, the doctor who won a national award for empowering the disabled

Since his school days Curtis has been active in sports, and before joining the army, he had been a keen water canoeist, rugby player and swimmer. After the tragedy, he took up canoeing and swimming as part of his rehabilitation.

“Using sport helped me get fit and healthy and regain my independence,” he adds.

It wasn’t a smooth-sailing journey, though: the International Paralympic Committee made the decision to replace the outrigger canoe with the sprint kayak in 2015 and Curtis had only a few months to quickly adapt to the kayak to be eligible for the Rio Paralympics 2016.

Talking about his winning gold at the Paralympics, Curtis says, “It was very special but when I crossed the line in Rio, I thought I would be happy and excited but all I had this huge wave of relief inside me because I had set that goal while I was on the stretcher,” he says.

The world para-canoe champion reveals that he trains 12 times a week during the build-up to a competition by kayaker and now Australian Paracanoe Coach Andrea King.

Diving right into inspiring others

To share and inspire people through his heroic journey, Curtis is involved with a number of charities, including Mates4Mates, an organisation that supports injured Australian Defence Force personnel.

“When you have a disability, you kind of lose a little bit of your independence and that is very hard to come to terms with. You have to understand that it is only for a short amount of time and then you get used to accepting what you can do rather than what you can’t do, and focus on the big picture,” he adds.

A high-school champion in middle- and long-distance running, Curtis recently learnt how to run again in his ‘running blades’, which is often painful and requires a huge amount of strength.

Also read: Step out of your comfort zone; staying in it is dangerous: actor Boman Irani

“I think people who have suffered from tragedy should not be afraid of the adversity because you get to learn a lot from failure, and to overcome that you have to set a goal. Setting those goals during that process helps you at progressing in a positive way, and setting a big goal like going to the Paralympics can help in looking forward and not backwards,” Curtis adds.