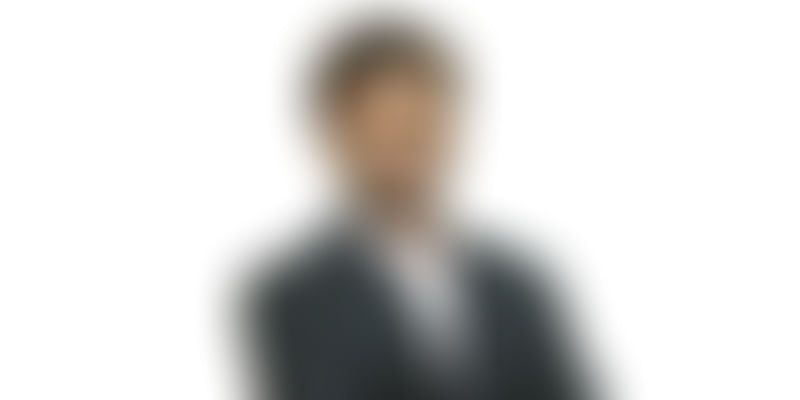 Delhi-based Chakr Innovation is on a mission to curb pollution, but in a recyclable way. With its award-winning patented technology Chakr Shield, it takes diesel soot from generators and converts it into inks and paints.

The problem it solves: Curbing pollution by converting diesel soot from generators into inks and paints

Funding raised: Raised over $1.5 million in form of equity funding and grants.

In the 21st century, wherein the world has been undergoing continuous evolution, cities are experiencing two important transformations. First, they are growing. Second, they are beginning to evolve into “smart cities”. In the last two years, the Indian government has started work on 90 smart cities to fulfill its ambitious plan of building 109 such cities.

However, with urbanisation comes the growing concern of deadly pollution. Emissions from factories and vehicles have made the air, thick, smoky and difficult to breathe in.

According to a recent report called ‘Airpocalypse’ published by Greenpeace India, every year nearly 1.2 million people lose their lives due to air pollution in the country. One of the major sources of this pollution is the unburnt fuel in the form of particulate matter (PM2.5 and PM10) which are released from diesel generators.

Chakr Innovation, an innovative technology company, is creating a revolution through sustained pollution control by reducing emissions from diesel generators. The company’s core product Chakr Shield, captures diesel soot from generators and converts it into inks and paints.

Chakr Shield’s proprietary hardware technology, running at 35 different sites, has been able to capture more than 300 kg of particulate matter in the past 1 year, which would have otherwise polluted 1,500 billion litres of air.

Chakr Shield works on an innovative solvent-based method. It collects around 90 percent of particulate matter emission, which is essentially black carbon. The emission then undergoes various proprietary processes that remove heavy metals and carcinogens (substances or agents that can lead to cancer). It is then converted into purified carbon-based pigment. In the final stage, the carbon is taken through another chemical process to make different types of inks and paints, further ensuring the disposal of the pollutants in the most environmentally benign way.

The device is composed of a heat exchanger, which reduces the temperature of the exhaust without consuming any energy. This cooled exhaust is passed through a chamber, where the particulate matter is made to coagulate and is ultimately captured. This captured carbon is washed down by an engineered solvent which holds the soot without chemically reacting with it. This soot containing solution is then processed as ink pigment.

The startup was founded in 2016 by Arpit Dhupar (25), Kushagra Srivastava (22) and Prateek Sachan (23), who are alumni of IIT-Delhi. The idea originated when Arpit Dhupar, who is now the CTO at Chakr, went to a roadside stall for sugarcane juice in Gurgaon.

“The sugarcane vendor was using a small diesel engine to run the juicer and power the crushers. The exhaust of the diesel engine faced a wall which had turned black due to the emissions from the diesel engine,” recalls Kushagra Srivastava, CEO and Co-founder, Chakr Innovation.

This observation led Arpit to think "what if we do this on purpose?" and thus began extensive hours of research and experimentation, which resulted in the development of Chakr Innovation.

Today the brand is backed by a team of 18 engineers who have found a way to repurpose the carbon particle emitted from the diesel generators for a sustainable and greener tomorrow.

According to a recent survey conducted by medical journal The Lancet, over a million Indians die every year due to air pollution and some of the worst polluted cities of the world are in India. Particulate matters emitted from diesel generators are the primary health hazards compared to other polluting components.

With very few startups operating in the clean tech/recycling space, the Chakr Innovation faces competition from the Bengaluru-based Graviky Labs. Graviky offers a device Kaalink, which captures pollution from vehicles and converts it into inks and paints.

Whereas Chakr Innovation’s proprietary hardware technology Chakr Shield, processes ink pigments from smoke captured from diesel generators, which in turn is used for painting, textile printing, and paper printing. In fact, Chakr Innovation claims to be the only company in India to have developed a device that converts diesel soot into inks and paints.

Chakr Innovation has secured several grants for technology development from various reputed organisations like American Society for Mechanical Engineers, Department of Science and Technology (Govt. of India), University of Chicago, General Atlantic's Echoing Green Fellowship, etc. It had also secured equity funding from some of the largest corporations and VCs in India, besides raising over $1.5 million in form of equity funding and grants till date.

After conducting extensive research and experiments for two years, the brand started commercialising the technology in 2016. So far, there are 35 sites running with Chakr Shield in Delhi NCR across industries like Telecom, FMCG, Real Estate, Educational Institutions, and many more.

“We are also in talks with several industrial houses, IT companies, hospitality complexes, and public-sector undertakings for our product. The ink we make from pollution is being used by a large computer manufacturer to print their packaging in India,” adds Kushagra.

Going ahead, Chakr Innovation aims to continue developing innovative technologies to combat the threat of air pollution and climate change.