ThoughtWorks Vapasi Programme: Designed to bring women back into Technology 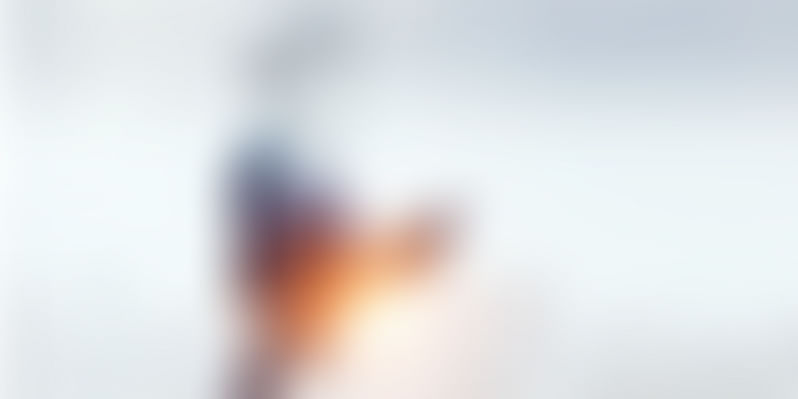 According to NASSCOM, the Indian IT industry is currently valued at a whopping $160 billion. This should mean that a lot of people, men and women alike, constitute the four million people on the rolls of IT companies. Unfortunately, that’s not the case. According to a recent survey report by Belong.co, only 26 percent of the sector’s working force are women, with the ratio of male-to-female engineers in India being 3:1. This means men and women are not employed in a like manner.

Let’s look at a few numbers that are specific to career breaks for women. According to a YourStory article, 48 percent of Indian working women under the age of 30 take a break. 60 percent in STEM (science technology engineering and maths) jobs take a break in the first 10 years of their career. An interesting but not very encouraging point from the article is the reference to the participation of women in the labour force. Other Asian countries like Sri Lanka do better than India in this regard.

Now, even if women brave their career gaps, are empowered by supporting family and colleagues and get back to their tech careers - they are paid 34 percent less than their male colleagues, according to this article in The Hindu. Not to mention, they are also vulnerable to bias, and face patriarchal cynicism, hurtful stereotyping and abuse. It’s not surprising to see that women would rather not return to such an imbalanced work environment. Also, in a trend indicative of the widening gender gap as one moves up the corporate ladder, a measly 7 percent of the country’s C-Suite jobs are fulfilled by women, according to the aforementioned report by Belong.co.

The IT field that is so skewed in terms of lack of gender diversity is unfortunately the largest employer of women in the country. Also, given the sector’s power to transform India’s economy, it’s imperative that we don’t lose out on the advantages of a diverse workforce.

While diversity is critical from a social and ethical perspective, a recent McKinsey report describes how the concept also makes good business sense. The report discusses diversity’s direct impact on companies’ financial returns when it talks about how their latest research finds that companies in the top quartile for gender or racial and ethnic diversity are more likely to have financial returns above their national industry medians. The McKinsey report continues to point out that more diverse companies are in a better position to win top talent and improve their customer orientation, employee satisfaction and decision making. All this leads to a virtuous cycle of increasing returns. This, in turn, suggests that other kinds of diversity — for example, in age, sexual orientation and experience (such as a global mindset and cultural fluency) are also likely to bring some level of competitive advantage for companies that can attract and retain such diverse talent.

With an eye on reversing the exclusion of nearly half the world’s population from the workforce, from the IT industry and specifically, from technology roles - companies like ThoughtWorks are making an effort to change the dynamics. This means that the country’s pool of passionate, intelligent, creative and ambitious technologists is not comprised largely of men alone, but of smart and deserving women too.

While designing inclusive efforts, ThoughtWorks has a two-pronged approach:

Beyond maternity leaves and flexi-hours: A new conversation on women in tech that needs to grow louder

Once on a break, what makes it especially harder for women to get back to their technical roles is not keeping up with the rapid pace of technology changes. This is where a programme like Vapasi ensures equality through knowledge-sharing.

The Vapasi programme is structured to give women technologists a platform to re-define their (post break) career paths, connect and identify with role models, exchange experiences, and support each other in becoming active members of the tech community.

“Since going on my career break, there isn’t a single day that I have not wanted to get back to work. It was my ex-manager who recommended the Vapasi programme to me, and I definitely believe that it’s a good initiative. It’s a great platform and opportunity to network for both, the women who want to be back at work and the companies that support these women.”

Designed to address the gender gap, this programme caters to the senior developer community - developers and quality analysts with a mid to senior level of experience in the field. Also, Vapasi has an obvious and heavy emphasis on tech skills – finding solutions to coding problems and sharpening programming skills through hands-on sessions in object-oriented programming.

The programme, that first took place in 2014, was relaunched as part of the #TalkTechToHer campaign for a second successful edition in 2017. This year’s installment saw the successful cross-functional collaboration of different teams and skills, across the organisation - technologists, and ThoughtWorkers from the marketing, recruitment, D&I and operations teams.

Within three weeks of registrations opening for this year’s edition of the programme, in ThoughtWorks’ Hyderabad office, over 139 women whose career paths took interesting turns, expressed an interest in getting back to hardcore technology. The program kick-started on 21 August 2017 and saw 22 shortlisted candidates successfully complete the 4 week boot camp.

“I find myself not particularly well versed with current technology, since my career break of 3 years. I took up a few certification courses to solve that problem, but the lack of hands-on experience with the new tech became a problem when I would sit for interviews. Which is also why I was really skeptical about getting selected for the Vapasi program. But, I did get selected! I was overwhelmed and excited because I truly believe the program is a great value add to my resume.”

Vapasi’s 2017 edition ended with a couple of interesting sessions. One was the retrospective discussion run by the ThoughtWorks Hyderabad’s Office Principal, and aimed at gathering important intel from the graduating participants. There was also a session on the current job market led by ThoughtWorks India’s lead for Diversity and Inclusivity, along with external speakers from the connecting portal, JobsForHer.

Meaningful conversations continued with the ThoughtWorks India’s Head of Marketing analysing how LinkedIn social profiles could be leveraged to a job-seeker’s advantage. This was accompanied by a crash course on framing smart resumes that recruiters will find hard to ignore by ThoughtWorks Hyderabad’s Recruitment team. The edition culminated in the distribution of ThoughtWorks Vapasi programme certificates to the participants.

"ThoughtWorks’ Vapasi programme enabled my exploration of recent technologies and also gave me the confidence to take my career sky high with a dream job, right here at ThoughtWorks, nonetheless."

On completion of the bootcamp-styled Vapasi program, candidates were given the choice of either applying for a technology organisation or for a three to six months-long internship with ThoughtWorks. Those who chose to complete the internship could also opt to go through a specially-designed recruitment process, for a permanent role with ThoughtWorks.

ThoughtWorks believes that consistent effort is what can create an inclusive work environment. Over the years, the company has recognised certain aspects of the work environment that go a long way in encouraging women to continue being a part of the IT community.

These include everything, from giving women unbiased opportunities to learn and grow, to crafting adequate support systems at work, to helping women integrate their work and personal life seamlessly, to not making assumptions about their availability or lack of it for meetings, assignments etc., and encouraging them to work on pet projects, and then some. When women feel a genuine sense of belonging and purpose at the workplace, they excel at what they do. This is exactly what ThoughtWorkers, leaders and colleagues alike, endeavour towards, with efforts like the Vapasi programme.