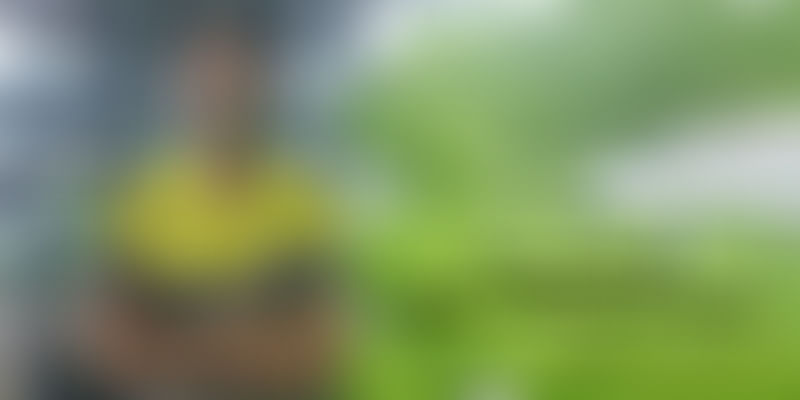 Letcetra Agritech is a hydroponics farm that occupies just 150 square metres of space but grows three tonnes of lettuce a month.

“I am an early adopter. Early adopters of any new technology are few and far between, but in business, there is no reward without risk. The ones who can see the vision when no one else can, and work on it like there is no tomorrow, will succeed. The rest will follow,” says Ajay Naik, the Founder of Letcetra Agritech Pvt. Ltd.

Founded in 2016 and built at the intersection of agriculture and technology, Letcetra Agritech grows organic vegetables using hydroponics and sells them across hotel chains, supermarkets and farmers markets. “We also help set up commercial hydroponic farms for large-scale growers,” says Ajay.

Ajay had a successful mobile apps company which he sold to a German firm. For his second innings in the startup game, he chose a field radically opposite to his background of software engineering – agriculture. Although since he is an engineer, it was a given that his farming enterprise would be a technological one as well.

“I was looking for agricultural technologies that help grow organic food and I came across hydroponics, in which one can grow healthy food without using soil in a controlled environment with very less land, water, and labour. After doing research for two months, I decided to start a hi-tech vertical hydroponics indoor farm to grow top-quality pesticide-free exotic vegetables,” says Ajay.

Apart from enabling the growth of produce that is 20-30 percent higher on quality than traditional agriculture allows, hydroponics also helps save water and resources during farming. Using hydroponics, one can grow crops in any environment- be it sterile unproductive lands or bustling urban centres. “It helps cutting down on expensive intermediaries and shipping costs and reducing our carbon footprint. It is user-friendly so that any grower with a will can apply it successfully,” he had stated in a previous interview.

Experts estimate that earth has only sixty years of topsoil left. If the current trend of destructive agricultural practices continues, we will not be able to grow food in six decades’ time. Our population is booming while our ability to feed that population is fast deteriorating. Hydroponics can be a viable alternative to this looming crisis. For now, Ajay is one of the few pioneers of this system in India.

ALSO READ: How these guerrilla gardeners are reclaiming urban spaces to grow food

Ajay says, “After seeing the lack of technology in farming, I wanted to understand the economics of the business. After assessing that I plunged headlong. In all this, we have always wanted to be farmers who use technology to grow pesticide-free, high quality, and affordable vegetables. Our success will always be measured by how much we grow versus how much we earn.”

Ajay’s indoor farm occupies an area of 150 square metres in which he grows three tonnes of lettuce a month. His company’s name Letcetra is a cheeky derivative of lettuce. “Lettuce etc.,” he says. In the future, he plans on adding more variety of crops, but for now, lettuce and salad greens are a good return on his investment. “Goa is a conducive place to start a farm, as the state sees visitors from all over the world and they all have a need to be served fresh and high-quality vegetables,” he says.

Though a hydroponics farm assures financial returns in the long run, setting one up is an expensive affair. For those

setting up a hydroponic farm in a poly house, the initial investment is approximately Rs 560 per square foot. The majority of this goes towards setting up pumping systems and electrical equipment. For those setting up their farm indoors, the expense is considerably higher at approximately Rs 3500 per square foot. This is because you’ll be swapping sunlight for LED lights and air conditioners and heaters for temperature control. Ajay found growing exotic vegetables a quick way to recoup his investments. Given the perennial demand for fresh and organic salad greens, he is confident his lettuces will continue to pave the path to profitability.

“As of now, I have two investors, whose angel investment was key to our development. On the operational cost front, we are profitable even though we are just a year old. As for the rest we expect to break-even in a year from now. We are expanding to a bigger farm now and also in the process of expanding to Bengaluru. We want to become the largest producers of pesticide-free vegetables in India. We are expanding, and targeting a production of five tons of pesticide-free exotic vegetables per day by the first quarter of 2019,” says Ajay.

There are two key challenges Ajay has faced while becoming a successful hydroponics farmer. One has been fighting the status quo. He says, “The hardest part of becoming an entrepreneur is keeping yourself motivated to keep fighting. When you are trying something, which no one has dared to try before, everyone around you will tell you that you are taking a foolish risk. Keeping yourself going is very important.”

The second has been finding people who connect with his vision. “Even with all the difficulties, I am happy with what I am doing as I am being able to live my dreams while making a positive difference in our society,” he adds.

Having overcome many rigorous obstacles since starting Letcetra Agritech, Ajay is gearing up to face an equally demanding but bright future. He says, “The executive chef of one of the most reputed seven-star hotel chains in India told us after tasting our lettuce that we have cracked the formula to grow the best lettuce in India. We have a very bright future. We are a country whose population is rapidly growing and we are here to feed this behemoth. We are working very hard on research and trying to make sure we can get the formula right at scale, which will be a great investment.”

India is an agrarian country but the exploitative agriculture industry is seen as the least lucrative of livelihoods. With millennials like Ajay marrying technology with the traditional, one hopes that such ventures appeal to the young upstarts looking to make a positive difference in the world through their work. Ajay’s advice for them: “I believe in what LinkedIn founder Reid Hoffman said – ‘Entrepreneurs are those who jump off the cliff and build a plane on their way down.’ If you are seeking to make a switch, just jump.”