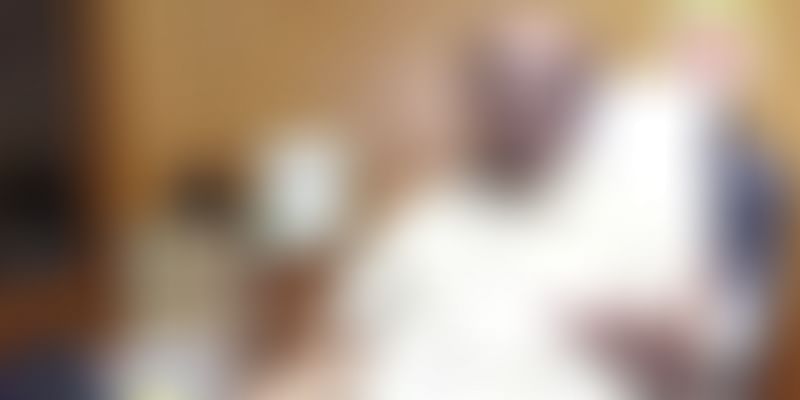 Ashok Khade's father was a cobbler. He worked under a tree in the bustling city of Mumbai. Braving all odds, Ashok went to college and then worked at a government-run shipyard in the city. After acquiring the required skills in offshore maintenance and construction, he started his own company, which today employs 4,500 people and has an annual turnover of Rs 500 crore.

Ashok was born in a village called Ped in Maharashtra's Sangli district. A family of six children, they had very little to support themselves, and were often forced to sleep without meals. Coming from the dalit community of Chamars, their traditional job was to skin dead animals. His mother had to work as an agricultural labourer in the farms of upper caste land owners. From social ostracisation to lack of opportunities, his family faced discrimination at each step.

Eventually, his father decided to shift to Mumbai and find work in the city. "My father worked as a cobbler in Mumbai. You can still find the tree he planted and plied his trade under near Chitra Talkies," Ashok told The Economic Times in an interview.

Ashok had realised the importance of education very early in life. He studied in different government schools, and, after finishing class 10th, shifted to Mumbai to join his father and elder brother. His brother, by then, was working as a welder in the Mazgaon Dockyard, a government-owned ship building company. Ashok joined his brother as an apprentice, while pursuing his college education.

After working in the Mazgaon Dock from 1975 to 1992, Ashok had built enough contacts and skills to start his own company. In 1983, he got a chance to visit Germany, an experience which sowed the seeds on enterpreneurship in him. Despite all the challenges, Ashok, along with his brothers Datta and Suresh, started DAS Offshore in 1995, named after the initials of the three brothers.

Thanks to the economic liberalisation of 1991, newer opportunities were opening up in the oil services industry. After handling some smaller subcontracts, their first big project came from their previous employer Mazagon Dock. All his supplies came on credit with people he had earlier worked with. They started building and refurbishing offshore oil rigs, and soon expanded their clientele. According to NDTV, their clients include the likes of ONGC, Essar, Hyundai, among others.

At present, DAS Offshore has more than 4,500 employees and an annual turnover of Rs 500 crore. Ashok, on his mother's wish, has also renovated a temple in their village which they were once prohibited from entering due to caste hierarchy. In the future, he also plans to start a hospital, a school, and an engineering college in his village.