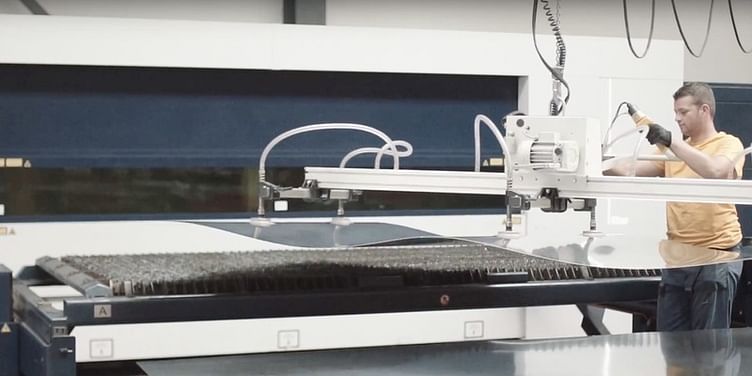 The team plans to set up a manufacturing unit for its first product with this fund raise. Scooterson is set to manufacture the world's first intelligent electric kick-scooters, which use a combination of cloud/smartphone technology and big data analysis to understand and enhance a rider’s experience while ensuring energy efficiency and safety.

Besides setting up a manufacturing facility and launching their first product, Scooterson will use the funding to attract more talent, particularly engineers for the R&D team in the Singapore office.

In terms of the product, the vehicle will have no acceleration lever and no gear shifter, as it will analyse the rider’s riding patterns and use machine learning to enhance rider experiencee. The intelligent scooter can also be shared with friends and family, using a mobile app.

Speaking of their investment ARSAT owner Andrei Ghineai said he really liked the product and wanted to help build and manufacture it. ARSAT Industry, with facilities near Arad, in Romania, has many aerospace industry clients like Airbus, Boeing, GE and Rolls Royce, and also serves huge names from other industries like Apple, Flextronics and ABB to name just a few.

A press statement by Scooterson stated that this partnership will help in their plan to launch a technologically advanced electric scooter by leveraging ARSAT's expertise in manufacturing precision metal parts for aerospace applications.

Scooterson claims the team already has pre-sales worth $2 million in 2017. The startup hopes 2018 will be a bigger year with the launch of their first product in the first semester and the launch of their scooter-sharing operations in Singapore by the end of 2018. They also plan to launch a product version for emerging markets, especially in India.

India is slowly witnessing a positive trend in the electric vehicle market. According to a report by Society of Manufacturers of Electric Vehicles, electronic vehicle sales in India grew 37.5 percent to 22,000 units in the year ended March 2016.

With sales of over 17.6 million scooters between 2016 and 2017 in India, it is no surprise that there are a growing number of electric two-wheeler manufacturing startups in India.

Gujarat-based Yo Bykes pioneered the electric scooter in India. Coimbatore-based EV startup Ampere Electric has developed electric cycles, electric two-wheelers and e-scooters. The company also claims to be the first to make their own chargers (36V and 48V) for e-vehicles.

Ather Energy claims that, unlike other players, its S340 offers a connected ride experience with features such as onboard navigation, personalised profiles, a top speed of 72 kmph, and sub-one-hour charging. Recently, TVS also acquired 14.8 percent stake in Ultraviolette, the Bengaluru-based electric vehicle company.