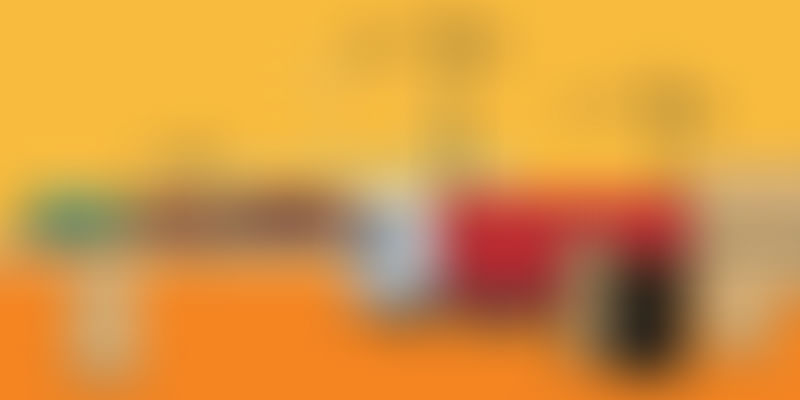 With the GST, and a newly-accorded infrastructure status, what will this February 1 Budget mean for logistics?

The February 1 Union Budget will have all eyes trained on it; and not just for the usual reasons. This will be the first Budget after the implementation of the Goods and Services Tax, and the last for the current BJP-led NDA government before the general elections in 2019.

The FY19 budget will also hold higher relevance for the logistics sector as it was accorded infrastructure status in November last year.

While Niti Aayog Vice Chairman Rajiv Kumar said the upcoming Budget would not be populist, industry experts believe otherwise, and many are sceptical of the sops that might be announced.

Budgetary allocations aside, the one announcement in the last Budget that roused a good deal of excitement in the startup space was that logistics startups, like HipShip, and young logistics companies like Delhivery, Blackbuck, Rivigo, and Shadowfax, were allowed to use railways for end-to-end solutions.

The logistics sector includes road transport - comprising small businesses, truck fleets, and large transport companies - the warehousing sector, and third-party logistics companies, both big and small. With the growth of technology and digital commerce, logistics has a stronger role than ever before, and naturally, the focus on it is greater.

The Union Budget for 2017-18 earmarked Rs 2.4 lakh crore for the transport industry, of which Rs 1 lakh crore was for the Railways, and Rs 64,000 crore for national highways.

“Imagine a startup has to ship one ton of oranges from a farm to the closest railway station at Rs 3 per km, and be loaded onto special perishable containers. When the train reaches its destination, the same startup picks up the items, and ships them off to warehouses. From there, the produce is sent out to kirana stores and retailers. All these services today are based on technology, and will have the smartphone at the centre of the ordering mechanism.”

So, what are startups expecting from Finance Minister Arun Jaitley?

The recognition of logistics with industry status was a major milestone for the sector. We expect to see a lot of sector-specific policies, and better representation of our issues. More importantly, a seat at the table in the ministry. It is still early days, but the path has been laid for the sector's development.

Increase allocation for infrastructure and agriculture

The key expectations are to increase allocation for infrastructure and in agriculture. If this happens, the logistics sector will benefit going forward as domestic consumption is rising.

Reforms, rules, and taxes for the e-commerce industry

With the emphasis on the data penetration boom, e-commerce is a major opportunity for the entire logistics industry. The upcoming budget will see reforms, rules and taxes being framed for the entire e-commerce industry, which, if done properly, can boost the entire sector, as has happened across the world.A populist FY19 budget?

The 2017-18 budget was balanced, industry participants say, and did not cater to populist demands. However, if the fear of a populist budget this time comes true, one can expect an increase in indirect taxes, huge waivers of agricultural and SMEs loans, and higher government spending on agriculture, and textile industries.

“If the budget is populist, then banks may tighten up credit for other sectors, and it could slow the economy,” says Jayaram.

The growth of Logistics

Cost of logistics in India is higher as compared with the US and China, and an Assocham report suggests India can save close to $50 billion if logistics costs drop to 9 percent of GDP from 13 percent now. This, in turn, would also bring down prices of products.

A report in the Mint newspaper, which analysed data from the Centre for Monitoring Indian Economy’s industrial base, says that between 2010 and 2015, all logistics subsectors saw a decline in profitability. The average operating efficiency during the period was seven percent for the road transport sector, and 20 percent for the storage sector.

In 2017-18, the government, initiated several public-private infrastructure projects with major players which has led to faster execution, creation of a stable ecosystem, and a boost to the job market, and the economy.

“The government has been bullish on reforming the logistics and infrastructure sector, which was evident from the 10 percent increase in transport infrastructure budget allocation in 2017-18. In addition, funds were allocated for the Sagarmala project, to build multimodal logistics parks, and to develop coastal roadways,” explains Nishith.

He says these measures gave a boost to the shipping industry, and would lead to around 20 percent year-on-year growth.

The logistics sector has seen a paradigm shift post implementation of the GST as various indirect taxes made way for the unified tax. In fact, the indirect tax regime changed the way companies strategised their supply chain operations as they did not need to worry about local taxes like Octroi. Citing an example, Nishith says Nagpur saw land prices skyrocket as warehousing opportunities opened up following the scrapping of local taxes.

Also, with the GST, there was consolidation of warehouses across clients, resulting in fewer full truck load stock transfers, and increased direct billing from a central warehouse to the customer. “This has resulted in a direct growth in lower truck load business opportunities for Emiza,” says Ajay.

“In the GST regime, it is imperative for every stakeholder in the ecosystem to upload tax. If one does not, the party that has sold the goods forces the receiving party to do so immediately, or else faces the burden of not getting input tax credit,” says Nikhil Rungta, Managing Director of Intuit India.

He says the indirect tax regime has made every member in the chain more accountable to pay tax.

Nishith believes the efficiency of the supply chain can be improved by as much as 30 percent due to the goods and services tax going forward. Locus, for instance, has helped several major corporations save 10-25 percent by applying innovative, technological solutions to the supply chain.

Companies, however, negotiate margins with their sales channels, including e-commerce channels, as margins fall under the GST.

“The first quarter showed us that many brands lost money because a lot of the goods were being sold under pre-GST rates. We renegotiated contracts again with e-commerce companies.” He adds that with GST, he is still bullish because Indian domestic consumption is on the rise, and capturing tax at each source is essential for growth of the economy.

The FY19 budget still needs to address some issues around GST. Also, there is a lot of confusion about transportation companies operating as General Transport Agencies (GTA) or as a courier service, and therefore the applicability of GST on them.

“Companies that operate as a GTA do not get the benefit of offsetting GST expenses incurred by them, thereby increasing their costs. To me, if the government came up with a single tax GST tax structure for GTAs like 5 percent, and allowed us to collect that from our clients and deposit it on their behalf, it would allow us to offset the GST charged to us. If the upcoming budget can address some of these concerns, it could be a game changer for the sector,” says Ajay.