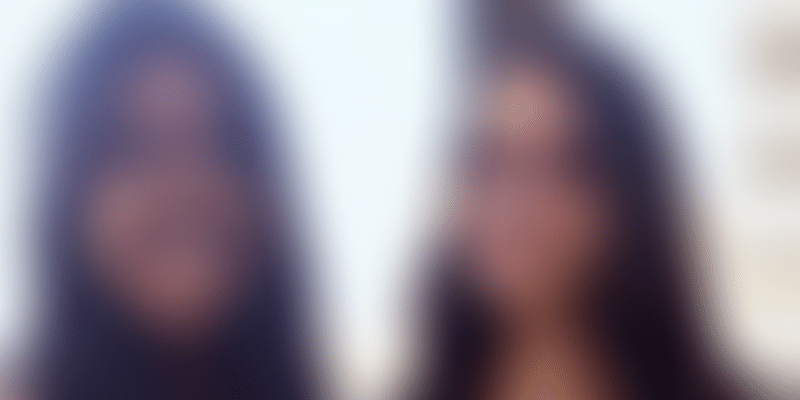 The problem it solves: Coding for school children and employability for women who have dropped out of a tech job

Back in the day, children were taught only the basics of computers in schools. Computer science was an additional subject and did not form a major part of the grading in the curriculum.

Sensing an opportunity and to fill this gap in learning computers in India, Sneha Krishnan (24) and Mansi Kashikar (28) started MindChamps in 2016.

It tries to address two problems; Sneha says, “Computer science curriculum in Indian schools has still not caught up compared to the global market. Also, the lack of latest coding curriculum and the teaching pedagogy for CS coding is causing children to not understand the concepts during school and advanced levels.”

Coding education is being pursued aggressively across the world in formal schooling as well as in the form of after-school programmes. MindChamp with its business proposition aims to build on it.

The second problem it is addressing is employment. “Women comprise 51 percent of all IT/ITBPM entry-level jobs. Over the last few years, this has come down to 34 percent. These women (who have dropped out) if given the flexibility of timing are willing to work.”

Hence, MindChamp solves the problem by enabling women in technology (educator-partners) to create micro-franchises to teach children from grades 1-8 how to code.

Sneha was working in the space of employability in higher education where there a massive need for a skilled workforce.

She says, “The lack of technical expertise stems from the misunderstanding of basics in schools. Coding also helps develop logic and a systematic approach to problem-solving, both very valuable life skills.”

Initially, Sneha experimented with a fun, activity-based curriculum with a few schools kids and realised that they loved it.

During the same time, she came across women in her social circles who she thought would be great resources for organisations but had personal constraints to do a conventional job.

The solution of the two problems seemed obvious at the time and she decided to dive into it.

She met Manasi on social media. “I put out the first post for discovering women interested in home-based teaching opportunities on a popular Facebook group for women (Powai Women Networking). Manasi had worked in the IT sector and could instantly relate to the problems from both sides - coding education and work-life balance in technology jobs,” Sneha says.

The duo got along and started MindChamps in December 2016.

Both the founding members have an undergrad degree in Information Technology, and during the course of their education felt that the that the pedagogy currently pursued in schools and colleges for coding is not conducive to development of logic.

"It instead, largely, focuses on short-term outcomes (eg. debugging a programme and making it run). Our approach to it is different and that's what fuels us every day," says Sneha.

Once a student signs up for a course (there are currently three courses), they are made to take an online pre-assessment. Post this, the students engage with the educator-partner over the period of the course, which lasts from eight to 10 sessions, depending on the topic.

A typical course aims to aid learning and implementation.

At the end of the course, the students are also made to take a post-assessment to gauge the impact on their logical reasoning capabilities.

Manasi is an Information Technology Engineer and has previously worked with Infosys across India and the UK for five years.

While Sneha, after her undergraduation in Information Technology from St. Xavier's College in Mumbai, worked with an education company incubated at IIT Bombay.

She has previously also designed learning modules for a US-based education company and has taught and worked with education non-profits.

MindChamps built its initial five-member team through references from friends and past colleagues. It also has a strategic partnership with Jungroo Learning for assessments.

It conducted paid pilots between December 2016 and May 2017.

The three products thus developed are eight to 10 day courses of 1.5-2 hours each.

Sneha says, “The number of touchpoint with the users (students) is extremely high. The learning outcomes also had to be carefully mapped. Once our MVP was ready (December 2016), we started selling to the customers with a focus on product iteration. This also involved teaching-the-teacher, which hasn't been extensively researched upon with respect to coding education. That was our other primary focus.”

Franchise cost from the educator: Mindchamp’s micro-franchises are tailored for women in technology who have dropped out of the workforce. To become a franchise, and gain access to the curriculum(s) and training, one has to pay a one-time fee to Mindchamp.

Talking about its differentiator, Sneha says, “ I believe our uniqueness lies in the fact that our team and the educators have personally experienced the problems and align with the cause. The individual, personalised attention to each student is something we believe in, and make sure is carried out effectively.”

Adding she says, “The micro-franchise model has an added benefit - you can find a coding class in your own locality and society - a relief for parents from dropping and picking up the kids from another class.”

Bootstrapped so far, MindChamp has broken even and become profitable since the paid pilots itself. It is currently reinvesting profits to scale up the operations.

Talking about the competitive landscape, Sneha says, “Every after-school hobby class is technically our competitor! We view competition in terms of what chunk of time of the child we are competing for. But as far as coding classes are concerned, there are few and far in between.”

As most professing coding institutes courses do not offer courses suited for children's learning styles. MindChamp has a niche and may carve its own path in the future.

India holds an important place in the global education industry. The country has more than 1.5 million schools with over 260 million students enrolled and about 751 universities and 35,539 colleges.

Mind Champ’s current focus is to have presence and brand recognition in the IT cities in India viz., Mumbai, Pune, Bengaluru, Hyderabad, Chennai, Gurugram.

It is also looking to enter Tier II cities as they have a substantial number of women who have the required educational qualifications but are not a part of the workforce owing to domestic reasons. Mindchamp wants to establish its presence in Tier II cities next.

“As opposed to India, STEM education has caught on in Southeast Asian countries, especially Singapore and Malaysia. If and when international expansion takes place, the next practical step would be to introduce Mindchamp's afterschool programmes in these countries,” Sneha says singing off.