In a first at R-Day parade, Women BSF bikers to display daredevilry 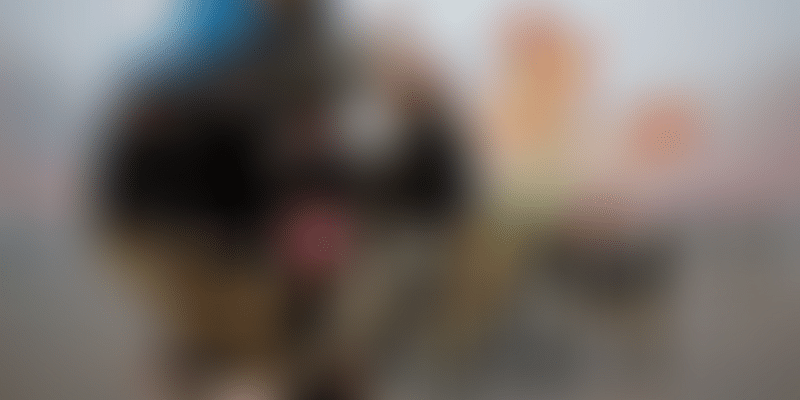 Men performing biking stunts at Republic Day functions is history. The BSF has now trained 113 women bikers who will be riding on 26 350 CC Royal Enfield motorcycles to perform acrobatics and daredevil stunts at this Republic Day parade.

The bikers, in the age group 20 to 31 and led by Sub-Inspector Stanzin Noryang, 28, from Jammu and Kashmir's Ladakh region, would be a first all-women contingent from any force to perform biking stunts at the annual event that displays a mix of India's military might and cultural prowess.

Interestingly, Noryang didn't know how to ride a bike when she volunteered to be included in the Border Security Force's "women daredevil team". That was in October 2016. But today she is confident she can not only ride but perform daredevil stunts with 10 other riders on single motorcycle. She told IANS,

I never thought of riding a bike because of fear. Now, I am confident of doing any stunt on a Royal Enfield Bullet — a very heavy two-wheeler. I am proud of my seniors who trained and chose me to lead the team and perform stunts at the Republic Day event.

The team was rehearsing on Rajpath, days before the January 26 event which will be attended by President Ram Nath Kovind, Prime Minister Narendra Modi and 10 leaders of Asean countries, who will be the guests of honour for this Republic Day parade.

In fact, most of the women in the "Seema Bhawani" contingent, named after a Hindu deity, didn't know bike riding but still volunteered to learn it. The idea was the brainchild of BSF Director General K.K. Sharma who wanted to replace men daredevils with women bikers, Deputy Inspector General Pushpendra Rathore said. Rathore is in charge of the team that has been camping in Delhi since December.

Deputy Commandant Ramesh Chandra is the chief coach and Sub-Inspector K.M. Kalyana is the coach of the team trained by a special team of BSF instructors at the Central School of Motor Transport at Tekanpur in Gwalior.

Chandra noted that a unique part of the team was that its members come from almost "every state across the country".

The largest 20 are from Punjab, followed by 15 from West Bengal. Ten are from Madhya Pradesh, nine from Maharashtra, eight from Uttar Pradesh, seven each from Assam and Bihar, six from Odisha, five each from Rajasthan, Manipur and Gujarat, three each from Jammu and Kashmir and Chhattisgarh, two each from Karnataka, Uttarakhand, Delhi and Kerala, one each from Meghalaya and Himachal Pradesh. Chandra said,

Their selection was done on a mission mode project, keeping in view our country's 'unity in diversity'. As many as 15 of the 113 daredevil women team members are married and some of them are mothers of one or two children. But their courage to volunteer for their selection in the team was admirable. They knew it was a very difficult mission.

Explaining why it "was really tough" to train the women, Chandra said: "Only three or four of them knew bike riding — but our attempts, their enthusiasm and will power really worked in our joint endeavour to create history."

Coach Kalyana, who has nearly three decades of experience in training bike riders, said they took some days to "overcome the bike riding fear" but "became experts soon with their intensive training in stunt-riding".

The women followed a rigorous training regime every day. They would start their bikes at 8 am and keep riding and learning stunts till 1 pm. They would reassemble again at 3.30 pm and continue till 5.30 pm every day under the guidance of "special instructors", Kalyana said. As per the tradition, the BSF and the Army's bike-borne daredevils, alternatively every year, end the parade riding their roaring motorcycles.

This time it was the BSF's turn and they have sent in their women contingents to showcase "Pyramid", "Fish Riding", "Shaktiman", "Bull Fighting", "Seema Prahari" and other stunts.