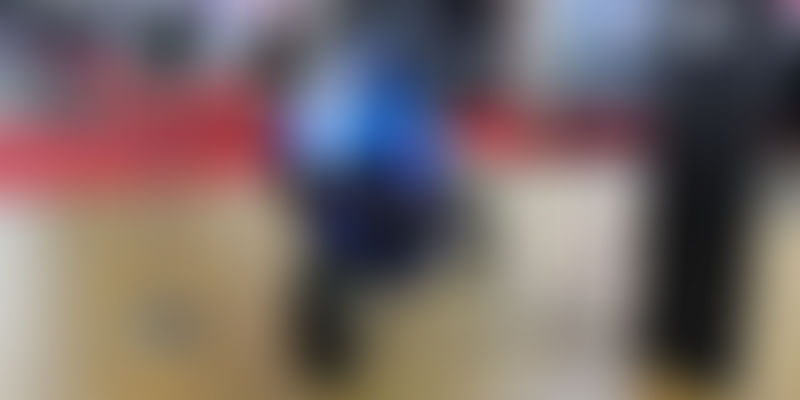 Emflux has built India’s first electric high-performance bike that can go neck and neck in performance with 700cc plus motorcycles.

Emflux is a startup based out of Bengaluru that is building electric superbikes, as well as patented technology that can be used by other automobile manufacturers. The Emflux team consists of 25 young engineers, designers, and others from various fields, most of them fresh out of college, and it was founded by Varun Mittal, Ankit Khatry, and Vinay Raj Somashekar.

Varun Mittal is an IIT Delhi alumnus with a passion for electronics, robotics, and, of course, fast motorcycles. After winning Robocon India 2007, he went on to be part of two $100 million+ B2C startups, Jumia and Jugnoo as vertical head, and the founder core member, respectively. However, he met with a severe motorcycle accident that broke his femur shaft in half and, ironically, that’s when he decided to pursue his dream of building performance motorcycles.

With an angel investment from Meher Roy, his friend of 15 years, he set off on this path. He banded together a small team of electronics and mechanical engineers and started conceptualising and building the various circuits that would go into the motorcycle. He teamed up with Ankit who was his teammate at Jugnoo and Vinay, a former designer at TVS Motors to build Emflux.

With instant torque available on tap, the electric motorcycle can accelerate to 100 km/h in under 3.5 seconds and has a top speed of 170 km/h, and with a sensible commuting range of 200 km. The time to charge 0-80 percent will be in less than 36 minutes from a DC fast charge station.

The Emflux ONE was designed to have the proportions and aggression of a superbike coupled with the calm and quiet of an electric vehicle. Barring the brakes, tyres and the suspension, every single component on the motorcycle has been designed and engineered in-house. The electric drivetrain components available in the market were nowhere near as powerful or inter-compatible as the ones that would be needed to run this motorcycle, so the engineers at Emflux decided to develop all the components in-house. It was important that all the electronic components work together as one cohesive unit.

The drivetrain includes the battery pack, the BMS, an on-board charger, the motor controller, and the motor which is run by a powerful master controller capable of running powerful neural networks. Everything is controlled digitally to improve performance and convenience via over-the-air updates. The team claims that these are some of the most power-dense circuits in the industry. For example, the motor controller, which weighs only two kilos including the casing and heat sink, can still deliver 60 kW of power. The charging stations, christened WARP Charger, will be installed on highways and other strategic points once the law allowing resale of electricity is changed.

Recently, the company raised an undisclosed amount of funding from angel investors like Narendra Sujan, Director of Sujan Group; Samar Singla, Co-founder of Click-labs and Jugnoo and Fabian Brian Crain​, Co-founder of Chorus One and Epicenter. Existing investor Meher Roy also participated in the round.

Emflux aims to help other companies develop their EV solutions by leveraging the patentable technologies they developed for Emflux ONE. They can develop the electric drivetrain including the battery, BMS, charger, motor controller and the motor for two as well as fourwheelers. Emflux will generate revenue by selling premium performance bikes and also by licensing their technology to OEM companies as well as developing customised solutions for others.

Emflux plans to produce just 199 units of the Emflux ONE for the Indian market and another 300 for the global market. The standard version of the Emflux ONE is priced at Rs 6 lakh on road and with the three performance upgrades of Ohlins suspension, forged alloy wheels and ultralight carbon fiber panels, the price will be Rs. 11 lakh on road. Delivery of Emflux ONE will start from 1Q19. They have plans for Model 2, which will have similar specifications as Model 1, but will be a naked sports motorcycle with two variants with different ranges.