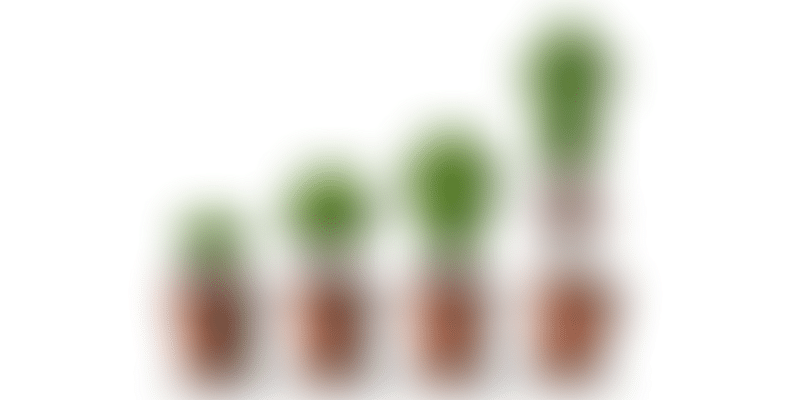 The study used GALI’s Global Accelerator Survey to add clarity to the profile of accelerators and incubators in India – their structure, objectives, goals, funding, and the financial and non-financial support that they offer.

The Global Accelerator Learning Initiative (GALI) is a collaboration between Social Enterprise Goizueta at Emory University, the Aspen Network of Development Entrepreneurs (ANDE), and a consortium of public and private funders, including the US Global Development Lab at the US Agency for International Development, Omidyar Network, The Lemelson Foundation, and the Argidius Foundation.

The GALI report in India was authored by Devyani Singh (Senior Programme Coordinator at ANDE), and supported by Abigayle Davidson (Research Analyst, ANDE) and Genevieve Edens (Director of Research and Impact, ANDE). Autodesk Sustainability and Foundation backed the India-specific landscape research of GALI.

Since 2011, hundreds of accelerators have launched around the world far beyond Silicon Valley in places such as Nairobi, Mexico City, and Mumbai. Investors, development agencies, and governments are excited by their potential to drive growth, spur innovation, solve social problems, and increase employment opportunities in emerging markets. Despite this interest, rigorous research on the effectiveness of acceleration methods has not kept pace. Until recently, we have known little about their effectiveness or how differences across programmes and models influence entrepreneur performance. GALI seeks to answer two questions: 1) What is the state of the accelerator landscape? and, 2) Are accelerators effective at driving business growth and investment?

The research was conducted by the ANDE India Chapter team as a part of the Global Accelerator Learning Initiative (GALI), backed by Autodesk Sustainability and Foundation. “ANDE identified 259 incubators and accelerators in India through our networks. Then we used GALI’s Global Accelerator Survey to survey 60 of these organisations to address the first GALI question on the state of the accelerator and incubator landscape in India in 2017,” says Devyani.

The list of 60 participating accelerators and incubators from India can be found here (filterable by state and sector): https://www.galidata.org/india/directory/ .

The first accelerators from India to participate in GALI were ANDE members Villgro Innovations Foundation, Sangam VC, Ennovent, and Village Capital (global and India-specific programmes). The directory of all (533) accelerator programmes identified through GALI globally can be found here: https://www.galidata.org/accelerators/directory/ .

Insights from GALI report in India:

● Universities play an important role in supporting entrepreneurs. In fact, university accelerators and incubators made up the largest portion of the respondents, at nearly one-third.

● A majority of the respondents have been around for less than four years. This spike in number appears to be more dramatic in India than the global trend, where there has been a steady increase in the number of accelerators since 2011 (the global results can be found at www.galidata.org/accelerators).

● Two-thirds of the respondents (41 of 60) are headquartered in one of the eight Tier-1 cities with the majority in Bengaluru, New Delhi, and Mumbai. Less than a quarter run programmes in Tier-2 and Tier-3 cities, indicating a visible, yet nascent traction outside Tier-1 cities. The Tier-2 and Tier-3 cities reported in the survey were Deoria, Faridabad, Gandhinagar, Gurgaon, Jaipur, Mysore, Nagpur, Noida, Patna, Pune, Ranchi, Roorkee, Sonipat, Tiruchirappalli, Trivandrum, Udaipur, Varanasi, and Verna.

● One-third of the respondents indicated biotechnology as a vertical of focus, which includes biopharma, stem cells, bioinformatics, med-tech, agri-biotech, and industrial biotech/biofuel. Of the 20 respondents with a focus on biotechnology, 14 received financial support from the government.

When asked to rate the goals of their accelerator/incubator programmes, over 60 percent of the respondents rated “helping ventures gain market traction” as a top priority, while “driving economic growth and job creation” was prioritized by less than 35 percent.

● With a median cohort size of nine ventures and an 11 percent acceptance rate, cohorts were small, programmes were selective, and early-stage ventures were most likely to receive support.

● One-third of the accelerators and incubators surveyed provide direct funding to ventures, and equity is the most popular investment instrument.

● Most respondents (82 percent) run programmes that last less than 12 months. The most common programme duration was between three and six months.

● Philanthropic grants and government support play an important role in the accelerator and incubator ecosystem. Nearly all the respondents’ revenue came from philanthropy, government, or corporate support. The majority of the government-supported respondents received funds from the Department of Science and Technology.

● Less than a quarter of the respondents were investor-backed, very few generated revenues from equity returns, and none relied on success fees charged to investors. Given that future financial returns will not serve as the measure of success in such cases, accelerators and incubators with philanthropic, government, and corporate funding have a stronger burden of proof to show that they are making an impact.