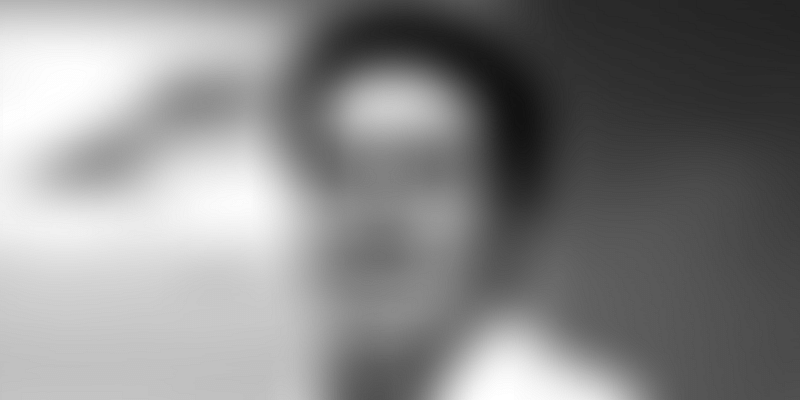 Taking the learnings, Palash Bagchi started Retainly Technologies, a loyalty platform based on Blockchain which gives cashbacks in cryptocurrency for online shopping.

It, however, wasn’t his first tryst with building a SaaS product. In his previous role as the CEO of STPL Global, Palash had turned an 18-year-old company with the energy and drive of a startup, bringing innovation and creating new products.

Within STPL Global, Palash and his team had made a SaaS product but struggled to capture lead conversion. Existing marketing automation products were either too expensive, or did not fit the business scenario.

This is what laid the foundation for Retainly Technologies.

“When I started Retainly, the customer retention software available in the market only provided statistical analysis. Based on these analytical tools, companies would develop their market strategies. Further, there were no tools that would automatically incentivise customers for loyalty.”

Retainly, Palash says, goes a step ahead and does not just provide insights, but also helps businesses reward repeat customers – this could be a SaaS product rewarding its customers for signing up and logging in every day, or a content publisher rewarding customers for reading a post.

“While rewarding was not a challenge, the onus was on how to allow a customer redeem rewards.”

And here’s the twist!

Following a survey encompassing over 3,000 participants, Retainly saw nothing beat cash when it comes to rewards. The team then hit upon the idea of giving customers loyalty points through cryptocurrency, which they could redeem in cash.

Retainly came up with its own cryptocurrency, RETN, which clients could offer to their customers. Retainly has an entire loyalty system on the Blockchain-based decentralised application (DApp), built on the Ethereum platform.

RETN DApp has a set of APIs that allow clients’ developers to create a cashback redemption system in their web or mobile application. Companies that already have a loyalty or a reward programme running can offer consumers the option to redeem their points straight to a RETN Wallet in the form of RETN token.

For businesses that do not have a loyalty programme, Retainly's loyalty Automation module, called Collie, can be set up.

Every consumer can connect a RETN Wallet with a supporting merchant. Irrespective of where a customer spends or interacts, he or she will get loyalty points redeemed into the RETN Wallet. The wallet also provides options to convert RETN into Fiat or any other cryptocurrency. RETN can also be sent to another wallet.

With the integration with offline cryptocurrency PoS players, RETN points can also be collected from physical stores, or used to withdraw cash.

And that’s not all. To maximise its revenue streams, and ensure steady use of RETN token, Retainly has started its online deal and cashback website, RETN.co.

Operating in two countries, RETN.co has close to 300 Indian stores, and 100 Russian stores on its platform. Being a deal website, customers not only get access to discounts, but also get cashback through RETN. Some of the major merchants on the platform include Flipkart, Jabong, Shopclues and Firstcry, among others.

RETN.co boasts of 50,000 customers within a week of launch. At present, it is seeing close to 9,000 sign ups every day. However, so far, only 50 transactions have taken place on the website.

How do they monetise

“At present, the current revenue model is on subscription. In the future, it is highly probable that the RETN transaction fee will contribute 95 percent of the revenue, and the entire subscription can be waived off.”

Retainly, at present, has a tiered pricing for various plans. Basic plans include features such as sending blasts, newsletters, providing behavioural analytics, as well as triggering automatic notification in case a customer hasn’t visited a business site for long.

Through its tool Chatterbox, employees can respond to customer queries directly through their Slack accounts, rather than having to log in to a separate tool. The higher-end plans include customer retention loyalty programmes, which allow businesses to create their own programmes. Businesses can give the option of giving cashbacks either through RETN, or any other preferred mode.

However, to give cashback through RETN, a company will first have to purchase the token.

The basic plan is free until 2,000 signups, after which businesses have to pay around 70 paise per sign up. The average ticket size, according to the company, is $500 for a monthly plan, and $4200 for an annual plan.

Retainly is also planning an ICO through RETN in March. The company has offered some presale of the cryptocurrency in the past. As of last month, there were a total of 2 million RETN tokens already in circulation, held by more than 2,900 investors. The company is looking to raise close to $10 million through the ICO.

Starting out, however, funds had been tight and Palash had to sell his apartment to raise initial cash to set up a basic office, and to pay salaries. Once the product was ready, revenues started coming in, and most expenses were taken care of from internal accruals.

“Starting up cannot be half-hearted. Either you put in everything you have and come out of the comfort zone, or you will soon succumb to the financial pressures.”

Earlier this month, during the Union Budget (2018-19), Finance Minister Arun Jaitley had stated that,

“…The Government does not consider cryptocurrencies legal tender or coin and will take all measures to eliminate use of these crypto-assets in financing illegitimate activities or as part of the payment system. The Government will explore use of Blockchain technology proactively for ushering in digital economy.”

So, won’t that impact the usage of RETN in the future?

To this, Palash states that what the government is essentially saying is that it is the customer’s peril if they use cryptocurrency, and they cannot approach the Penal system in case of a fraud, because the government doesn’t recognise it. He clarifies that in case of Retainly, it is giving only cashback through crypto to its customers, thus not making it a payment method.

“The Indian government is not saying that it is illegal. However, the government calling it out in its speech only makes the former more popular. Despite different sentiments, trading volumes are growing every day and people are still investing in cryptocurrencies.”