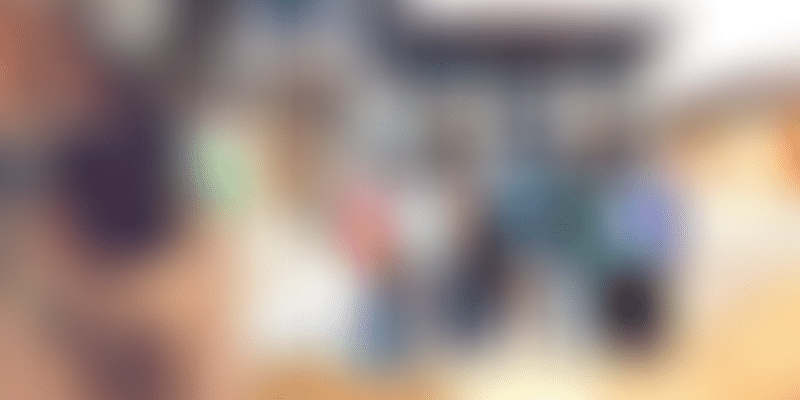 Siddharth Menon, a travelling architect and geographer, works with the aim to provide olontextual and contemporary design solutions in the rural hinterland.

Siddharth Menon, who graduated from IES College of Architecture in Mumbai, veered in the direction of building mud houses after experiencing the material practices of the buzzing city of Mumbai.

Experiencing the dehumanising aspects of the city and witnessing its many pitfalls, Siddharth decided that it was time to see how people live in rural parts of the country. Siddharth set out to understand what the conditions are under which they take the step of leaving everything behind to migrate to the city.

“Although I came from a fairly privileged background, I had to travel the city as a student. See dehumanising aspect of the city and what it does to marginalised people every day, whether in terms of living on pavements or hanging by overcrowded buses and train. The complete lack of empathy towards these conditions by people of my class and caste made this experience very repulsive for me,” says 29-year-old Siddharth.

This quest brought him to Auroville where his journey towards being a traveling architect began, where Siddharth built his first earth house.

Earth house typically involves building a structure with the use of natural terrain to help form the walls of the structure. Earth-based houses, which are mostly built with mud, have the least ecological footprint. These structures are built using indigenous building techniques of the region.

Siddharth was training as an architect at the Auroville Earth Institute, and was working in a housing called Realisation. Here the structures were built with compressed stabilised earth blocks (CSEB) using the indigenously developed AURAM press.

“The density of architecture firms in a place is very unique in Auroville and they feed off each other's energy. I worked as trainee architect with Satprem Mainin at the Auroville Earth Institute and that was my first introduction to earth as a building material,” says Siddharth.

He later went on to work with Didi Contractor from Dharamsala, who is known for her mud houses in Himachal and has been training young artisans to inculcate ecological values and revive local skills the last 30 years.

Siddharth strongly believes that houses should be built in tune with the environment, unlike what is happening today where concrete structures are the norm in most areas.

We live in world where Tesla and Elon Musk are heralded as messiahs of the earth, without realising that sustainability is a simple concept of understanding that the human-nature divide that started with enlightenment thought in Europe, has led to the destruction of the world as we know it.

Siddharth, in his critical perspective of the modern society, opines that in the 17-18th century Europe rationality and scientific thought were given importance. And it was during this era that the first distinctions between object and subject, nature and culture were formed. That is the beginning of scientific enquiry that looks at physical science and social science as two distinctly separate fields. Today, in academia, this binary distinction is being challenged by a range of scholarship, primarily being pushed by the environmental catastrophes we are experiencing today.

Similarly, “In building or architecture, one must understand that less than 10 percent of the world’s buildings are built by trained architects like me. The remaining 90 percent are built by ordinary people in the rural and semi-urban areas of our cities. It is these people that we need to understand how they build, how one can plan for growth. If everyone aims to build and live like first-world countries, it will need many more earths.”

Siddharth opines that in a country like India, which has a huge labour potential, it is rather foolish to stick to techno fixes. He feels that the need of the hour is to adopt methods of building that can help create more jobs for local people.

Siddharth has been primarily been working in the rural areas of Himachal Pradesh, Telangana, Uttar Pradesh, Sunderbans in West Bengal, Odisha and Karnataka. He has been working with local building materials like mud, bamboo, stone, wood, working with traditional craftspeople, and using labour intensive building techniques.

“People and social issues are my main concern. I try to see how I can use my skills as an architect to understand problems people have. Traditionally architecture has had a broader humanities and social science focus. Today, it’s less so in India, with the number of private colleges churning out draftsmen by the numbers to cater to the neo-liberal building lobby. We are trained to design for all circumstances. Not much value is given to thought, introspection, as so why you are doing what you are doing. That is the need of the hour,” says Siddharth.

Siddharth is currently enrolled in a masters programme in Human Geography at the University of Colorado, Boulder.

“A geography degree allows the breadth needed to ask important social, political questions, something that architecture seems to have less of. I will carry on to get a PhD in this so that I can spend time away from pressing concerns of practice, and answer some of these deeper questions on change in building practices in rural India. I hope to generate new grounded theory from my field experiences that would help us plan for our new cities better,” he says.