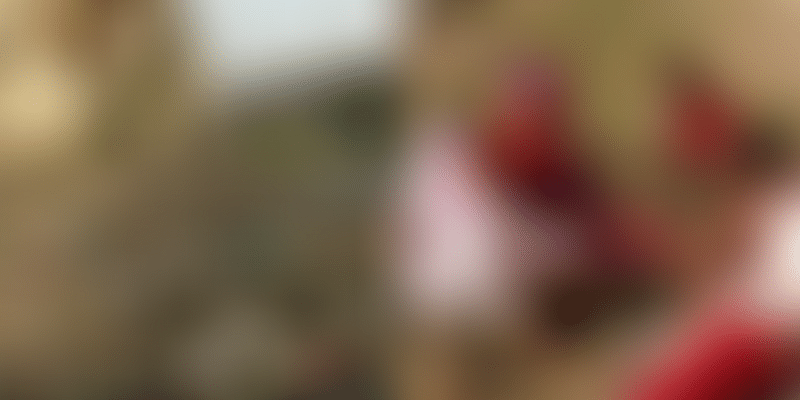 Ten-year-old Chandni who lives in the predominantly Muslim-dominated settlement of Hazrat Nizamuddin, talks excitedly about the makeover her once-filthy neighbourhood, disparagingly called "Kachrapur" (Garbageville) by outsiders, has got.

Along the southern edge of the slum quarters, flowed an open drain, called Barapullah Nallah, which was originally a tributary of the Yamuna that ran parallel to an around 8 km overpass that connected central Delhi with east Delhi. The place was a stinking mess, due to open defecation, dumped garbage and stray pigs.

The very same place has now been transformed into a park, all because of the hard work and vision of the local children, and residents of this densely-populated neighbourhood. Through an initiative by the Aga Khan Trust for Culture (AKTC), there has been a visible but silent transformation of the area not only in physical terms, but also in its economic and cultural aspects.

"Nobody likes to be in kachrapur or malbapur (towns of garbage and debris). Safaipur (clean-town) is the destination of our train," 11-year-old Abbas told IANS, referring to "safai express", one of the popular games that children here play.

The sanitation drive in the form of a game was introduced by volunteers of AKTC's Nizamuddin Basti Urban Renewal Initiative. While the initiative started in 2007, it had to be put on hold due to the construction of the Barapullah Flyover, and was resumed only in 2012.

"All this was so dirty earlier -- full of garbage and mosquitoes. The waste from houses used to be directly dumped here," said Abbas. "Now it is clean. We come here to play hide-and-seek, ice-water, gilli-danda, cricket and other games," he said, looking proudly at the green patch of land.

The facade of the houses along the drain was like an amorphous accumulation of unfinished blocks earlier, with most of the exterior left unfinished. These were renovated, and given a bright multi-colour makeover in blue, yellow and green under the project.

The paint is the most visible part of the project. Behind the facade of the paint, there are many untold stories," Jyotsna Lall, Director Programmes at AKTC, told IANS.

"All the 144 households of the slum were linked to the main trunk sewer which was damaged and had to be replaced with the help of the Delhi Jal Board. There were no garbage bins in the houses, and all the waste used to be dumped near the drain," said Jyotsna.

Now, the neighbourhood boasts of door-to-door waste collection, and the drain has been cleaned and desilted, she said. Children took charge of convincing the households to contribute towards this process by promising not to dump garbage in the drain, and to give the household waste to the waste collector.

"We took a pledge to not litter and also requested our parents and others to not dump any waste," said Chandni. "Many people agreed, many did not. But we keep trying to make them understand the value of cleanliness."

A baseline survey was conducted in 2008 in the area, which revealed the poor condition of people living in this densely-populated heritage zone. "The results of the survey were startling. It revealed that these people were seriously unserved, with 25 percent of the residents living without in-house toilets," said Lall. This led the AKTC to renovate the available facilities. The now renovated toilets are also used by the pilgrims to the Sufi shrine. The toilet is managed by a community group -- Rehmat Nigrani Samooh -- with the supervision of the project team.

Although the renewed and vibrant appearance and the shift to hygiene is the most visible aspect of its evolution, the transformation of this historic district has cultural and economic dimensions as well.

Under its "Livelihoods" programme, AKTC is skilling the residents of Nizamuddin, empowering its women, and has also opened a resource centre which links the community to various government entitlements.