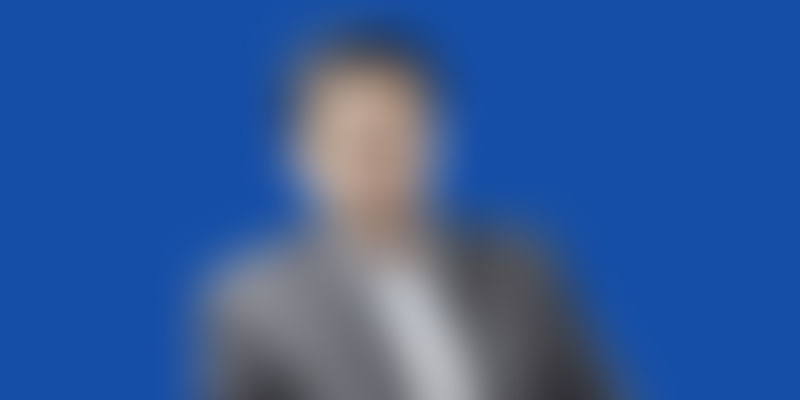 Delhi-based Zyego is an emotional wellness management service for individuals and organisations.

Where it is based: New Delhi

The problem it solves: Mental health issues and awareness

Whether one talks about it or not, nearly 150 million Indians are in need of active medical intervention, according to a study submitted by National Institute of Mental Health and Neurosciences (Nimhans) in 2016.

A countrywide study had revealed a shocking prevalence of mental illness in India. At least 13.7 percent of India's population has been suffering from a variety of mental illnesses; and 10.6 percent require immediate intervention.

To tackle this issue and to take preventive measures, Zyego was started by Arindam Sen (48) in 2016 — as an emotional wellness management service for individuals and organisations.

Arindam says, “We are a preventive system which helps root out small emotional and psychological issues at inception and prevents them from becoming serious disorders in future.”

To provide easy access to its counsellors, the startup has a mobile app which works like a messenger — users can connect via call or chat from anywhere in India.

“We undertake online psychometric tests which help in assessing personality traits of an individual, and combined with counselling, this can provide valuable insights into the development of an individual. Workshops further spread awareness about the mental health issues in colleges and corporates, and they are an integral part of the overall service package,” Arindam explains.

Using Zyego’s mobile app, users can contact a trained counsellor anywhere in India and in complete anonymity to discuss issues that cause stress, anxiety, or any other emotional condition.

The startup combines domain expertise with technology to provide quality access to help across the country. It mitigates the stigma associated with mental health by providing easy access to therapists without any travel or appointments.

Arindam’s experience with his own family and his interaction with professionals in the field of mental health for more than two decades motivated him to start this venture.

“I wanted to create a simple and reliable support system for individuals to access help when they needed the same. I modelled the app on the functionality of WhatsApp with its talk and chat functions,” he says.

It took about a year to work out the whole business plan and roll it out as a product and he started the company in 2016.

Talking about the challenges, Arindam says, “Converting the concept into a viable product, constantly re-adjusting the product, getting the right people, building a business around it with cash flows, sustaining it for two years with own funds and keeping it funded, are some of the constant challenges we encounter. Also, since mental health is a difficult area in itself, it takes time for product adoption and a sustainable business model to be built in a short time.”

By constantly tweaking the business model, fine-tuning it to cater to customer requirements and changing market dynamics, are some of the ways in which Zyego has managed to sustain.

Arindam is the sole founder and the startup has a total of six employees, which includes operations and phycologists. It also has an advisory team comprising eminent doctors in the field of neurology, psychiatry and psychotherapy to guide them in the process.

Arindam, who has a master’s degree in Economics and Finance from Delhi University, has worked for more than 20 years in corporate finance.

Counselling is done via the mobile app Zyego, which is available on both Android and iOS platforms. Users may download the app, go through a registration process, and can be connected to a trained counsellor.

There is a chat and a call function. “Users have to buy minutes which they can then allocate for counselling sessions. All sessions are recorded and reviewed later to ascertain the quality of therapy dispensed. All information is saved in a proprietary case history software, so that the same can be accessed by any therapist in future,” explains Arindam.

Since its inception, Zyego has over 700 downloads of the app and over 100 active users. “We had initially launched it as a free service for people to experience this new format of counselling and have received good feedback regarding the same.”

At present, the company is focussed on colleges in the NCR area, with about 3 lakh students and it is now in the process of engaging with them on a formal basis to scale-up the operations.

The therapy sessions are free for the first 30 minutes and users need to pay by the minute after that. The fee charged per minute is Rs 10.

For therapy sessions in schools and colleges, Zyego charges anywhere between Rs 50,000-80,000 depending on the number of people attending the session. It aims to conduct sessions in about 40 schools in the next quarter.

Counselling sessions, workshops, and assessments are all chargeable at individual rates or at a discounted group rate.

According to a survey conducted by CPA in 2012, approximately 77 percent of the patient population that received psychotherapy, benefited from it or remained generalised anxiety disorder free after treatment. The many benefits of therapies for a variety of disorders will drive market growth.

Mental healthcare in India is still in its nascent stages and has started to see an influx of startups lately. Several organisations such as YourDost, Over a Cup of Tea, The White Swan Foundation, Live Love Laugh Foundation, BetterLyf, and HealthEminds are among the many striving to break the stigma associated with mental illnesses.

Talking about Zyego’s differentiator, Arindam says, “We are the WhatsApp for emotional wellness and aim to provide quick and reliable support in an emotionally stressful situation. We provide a complete emotional wellness management system to organisations where they can track the psychological health of their members on a collective basis.”

Currently bootstrapped, the funding comes in from the founder and his close social network. For the future, Zyego wants to expand its services to a large network of universities across the country.

“We feel university students are in urgent need of psychological support during this crucial time of their life,” says Arindam signing off.