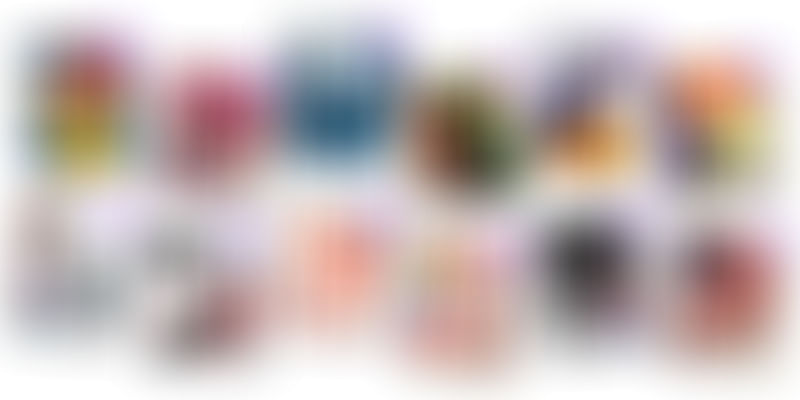 Google Doodle celebrates International Women's Day with 12 stories from across the globe.

In the note by Lydia Nichols and Alyssa Winans, the Doodlers & IWD 2018 Project Leads share,

For today’s global, interactive Doodle, we reached out to 12 female artists of all backgrounds to share their personal stories in a series of visual narratives. Specifically, each story represents a moment, person, or event that has impacted their lives as women.While each artist tells a unique story, the themes are universal, reminding us of how much we often have in common. We hope that the combined power of words and images help bring these stories to life in a way that invokes feelings of understanding, empathy, and spirit of the day.

The list of artists whose stories have been showcased are:

Kaveri Gopalakrishnan - This one is from Namma Bengaluru. Kaveri is an illustrator and an independent comics creator. Her story, "Up in the Roof" is about a young girl who enjoys reading and reads on her rooftop. She grows feathers with every page she reads, until she takes flight.

Anna Haifisch - Anna is an illustrator and her story is titled -“Nov 1989”. The story speaks about the Berlin wall (Germany) and how when it came down on November 9, 1989, Anna had a voice and the opportunity to make her own choices against the backdrop of a historic moment.

Francesca Sanna - Francesca is an illustrator and a children's book author who grew up in Italy and is currently based in Switzerland. Her story "The Box" speaks about being stuck in a box and how important it is to reach out to others and communicate with them while showing your vulnerabilities.

Chihiro Takeuchi - Born and residing in Japan, Chihiro is an illustrator, author, and a paper cutting artist. Her story "Ages and Stages" is about different generations of women and how, regardless of age and time, one can chase their dreams and follow their passion.

Estelí Meza - Esteli is a Spanish illustrator and her story "My Aunt Blossoms" is a story about life and loss and revolves around an aunt who had cancer.

Saffa Khan - Saffa is of Pakistani origin but based in Manchester UK. "Homeland" is a colourful story of an immigrant who remembers her childhood and her life back in Pakistan - from celebrating Eid and flying kites to completing her education at a small school under the tutelage of a great teacher.

Tunalaya Dunn - Bangkok-based Tunlaya Dunnvatanachit is an illustrator, a graphic designer, and comic artist. "Inwards" by her is about looking inwards and finding the power and strength from within.

Isuri Merenchi Hewage - Isuri is an illustrator based in Colombo, Sri Lanka. “Aarthi the Amazing” is about a fearless woman who does not give up despite challenges and inequality.

Karabo Poppy Moletsane - Based in Johannesburg, South Africa, Karabo is an illustrator, graphic designer and a street artist. “Ntsoaki’s Victory” is about overcoming gender stereotypes and speaking up.

Philippa Rice - Animator and illustrator, Philippa lives in Nottingham, England. Her story "Trust" shows the vulnerabilities and fears new mothers face and how interaction with other mothers in the same boat helps women.

Tillie Walden - Tillie is a cartoonist and illustrator from Austin, Texas. She has published three graphic novels, all critically acclaimed, but the book that's based on her life is titled Spinning. Her Google Doodle story is titled "Minutes" and is about how a woman comes into her own and how she feels empowered by it.

Laerte Coutinho - Laerte is a screenwriter, cartoonist, and a comic strip artist. Netflix has a documentary based on her called Laerte-Se which shows how, at the age of 60, she came out as a transgender woman. Her Google Doodle, "Love" goes beyond prejudices and biases.

These 12 stories tell us how the struggles of women are real- whether it's an immigrant, or a transgender woman or a new mother. The stories bring out the challenges women face outside and the ones within. To capture the power of stories of women Google has invited women to share their stories too using the #HerStoryOurStory.

This International Women's Day share your story, for every story matters, and #HerStoryMatters.