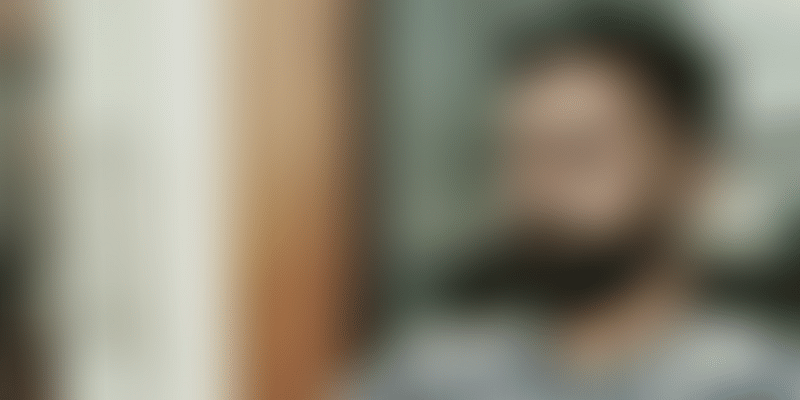 He bid goodbye to his job as a successful VFX artist to make mythology cool again for a generation that has forgotten about it. This is his #PassionToPaycheck story.

Growing up in Dubai of the 1980s, Vivek Ram spent most evenings watching cartoons on cable television because none of his Indian friends, with whom he could play, lived nearby. On weekends, he would watch Disney classics and feature-length cartoons that his dad would rent from a video library. When not watching television or drawing his favourite cartoons, he would spend hours reading Amar Chitra Katha comics.

Little wonder then that Vivek went on to become a well-known Computer Graphics, Animation and VFX artist in India. He has worked on 12 Hollywood hits including The Golden Compass, The Incredible Hulk, Night at the Museum, Happy Feet, The Mummy 3, Land of the Lost, and Fast and the Furious 3, besides a number of small animation projects. Vivek says, “Mythology, comics, art and animation have been some of my biggest influences. I love being able to read and tell visually-rich stories. I'm a huge fan of the renaissance masters in classical art, and my work is very derivative of that era. In the animation space, Disney and Japanese anime have inspired my style of art.”

A self-taught artist with over two decades’ experience of working in the Indian animation industry, something that always bothered him was that there was not a single theatrical animated film owned and delivered by the Indian industry to be proud of. Vivek says, “We are the outsourcing hub for animation. Some of the biggest releases have the contribution of Indian digital artists. Yet, we don’t have world-class original Indian content. This, for me, is a collective failure.”

“I may sound crude, but the reality is that the so-called original Indian cartoon content that gets prime time on the smaller screen is largely sub-standard. It’s targeted mostly at children. There is nothing for mature audiences,” opines Vivek. And, he wanted to change that. It took eight long years for this dream of his to finally take shape.

Vivek founded Vaanarsena Studios, to bring two of his biggest influences together – mythology and animation. While he registered Vaanarsena in 2009, it was not until December 2016 that he was able to actually realise that dream.

“Vaanarsena is a passion-driven enterprise. For now, the plan is to work and showcase interesting mythology-based content. I want to tell Indian mythology in a more fun and casual way so that the content connects and resonates with a generation that otherwise thinks mythology is uncool or associates it with political leanings. We have a whole generation of Indians who have forgotten Indian mythology. The west too hasn’t had a chance to explore the beauty of Indian mythology.” Vivek also wants to bring back the power of 2D animation and showcase its possibilities, hence most of his independent work will be through this medium.

He has kicked off this journey with a 90-second video titled Vaanarsena, a modern interpretation of the eponymous group of monkeys from Ramayana that helped Rama fight Ravan. This film was entirely made by the Senapati, as Vivek likes to call himself. “With a little bit of money that I spent for creating the background music score, it took just about two weeks of effort to produce the film. The positive response has been a huge boost. The video has been released on YouTube has been instrumental in bringing collaborators on board to help with the next film.”

There’s a decade’s worth of work that has actually gone into making the 90 second clip. , “I have been researching Ramayana for more than a decade. I have read 13 different versions of the epic. I want my content to be good and well-researched,” says Vivek, who has just released his next short video based on Durga.

The biggest challenge for this artist who has just embarked on his entrepreneurial journey is that the monetary aspect of the business comes second.He understands that seen from the perspective of an investor or a venture capitalist, this is not the best approach. “My idea is a contrast to theirs. For me, passion comes first, followed by money. Because if you put your passion to work, it reaps dividends.”

That’s why he has decided to bootstrap and work on interesting projects before e looking at funding to grow big.

That said, in order to stay afloat, he is open to taking on projects and assignments. “While I will continue working on making these mythology-oriented films, I am also open to taking up projects where I have a say in ideation, creation and directing. For me, it won’t just be about the execution of a client’s idea. My primary focus, be it my independent work or client-led projects, will be about telling good stories.”

From dropping out of engineering college to work a freelancer and doing any job that he could get his hands on, to working with some of the best-known names on the animation and VFX scene like Rhythm and Hues (RnH) and DreamWorks Animation, Vivek’s plethora of experiences have helped him on the entrepreneurial journey. “I got to see how artists pushed themselves to upturn their level of creative and artistic output. I got to work across departments which helped me understand how a feature film is made and the quality maintained. I saw each of these experiences as a learning opportunity, because I knew that I had a dream to live up to and a passion to pursue.”

Today, as an entrepreneur, the prospect of creating interesting artwork drives him. “There's no comfort in having a regular fixed task for the day and an assured salary. Daily or hourly challenges excite me. My days are now spent figuring out what the next films should be like, how I am going to keep funding my dream, how I need to market my products, in addition to doing the actual work. And sometimes, I do afford myself the luxury of doing nothing. In all, it’s an exciting place to be in.”