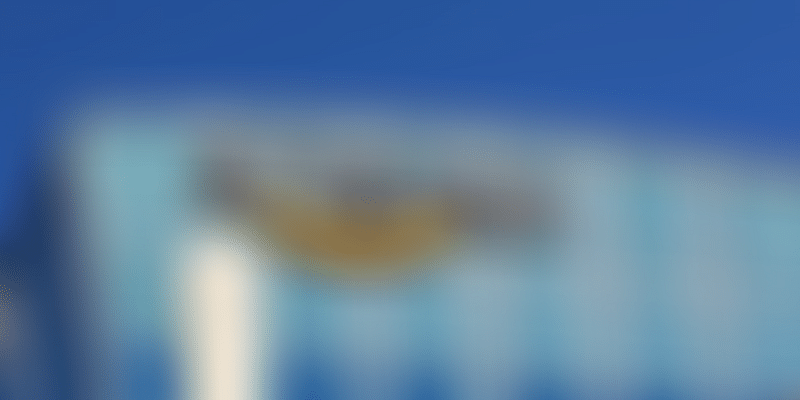 The Amazon Global Selling programme was launched in India in 2015. Since then, there has been a 200 percent growth in the e-tailer’s global exports business.

When Eric Broussard joined Amazon 20 years ago, the Seattle-based company was just an online book store with just one fulfillment centre (FC). Till 2004, he was part of building new categories like kitchen (which later became home and garden), toys, jewellery, personal care etc. By 2004, he was VP of International Seller Services overseas, building international marketplaces across Europe and Japan, a post he continues to hold today. Once he was back in Seattle in 2012, he got back into the global scheme of things.

An MBA graduate from Stanford University, Eric has all the striking qualities of an Amazon veteran. When I chat with him in Amazon India head office in Bengaluru, I couldn’t help but ask: when he looks back at the two decades of Amazon, what stands out? Eric doesn’t need to think much – it is the focus on large selection, he says. (At this point, I was expecting him to reiterate the three pillars of Amazon, selection, price, and convenience, which every spokesperson from Amazon mentions.) But Eric is quick to add that what has evolved are the tactics.

“A major milestone is the launch of marketplace. Amazon started as a retailer, but went on to have third-party sellers, which has really transformed the business,” he explains. While in India Amazon follows a marketplace model (due to FDI restrictions), in all other countries/markets they follow a hybrid of marketplace and retail. According to Eric, the sales are 50-50 between the two.

More importantly, Amazon did not restrict itself to domestic retail. As it grew, international retail between third-party sellers and foreign customers through Amazon’s marketplaces began to make waves. In 2015, Amazon launched its famed Amazon Global Selling programme in India. Since then, there has been a 200 percent growth in their global exports business in 2017; Amazon's international marketplace saw a 500 percent increase in Indian products offered. Also, global selling Indian sellers have grown 224 percent since 2017.

Global selling for the Indian seller

Currently, more than 32,000 sellers from India are part of Amazon’s Global Selling programme. They sell to 11 countries including US, Japan, and most recently Australia. Notably, it is not just the Indian/South Asian diaspora in these countries that buys Indian products. Categories like home décor and handicrafts, tapestries, bedsheets and duvet covers, dinnerware and copper mugs, art supplies and writing instruments, ethnic wear and women’s dresses, kitchen linen and leather messenger bags are quite popular among natives in these countries.

In the Australia market, where 60 Indian sellers piloted last month, categories such as books, home, apparel, HPC, office products, and shoes from India are popular, with more than 300,000 products listed already.

Gopal Pillai, GM and Director Seller Services, Amazon India, says this is unexpected growth. “Customer reviews have helped the sellers to adapt to foreign customers’ tastes and demands by modifying their products accordingly. The ‘Amazon Choice’ label gives recommendations too,” he says. According to him, many sellers in Tier IV cities, now exporting to these countries, have seen themselves becoming brands.

Amazon sellers from over 130 countries cater to customers in 185 countries through the Global Selling Programme. Amazon claims that cross-border sales by small and medium-sized business on Amazon surged more than 50 percent in 2017 and exports worldwide are increasing by nearly 30 percent.

There is clarity in where products are coming from – retail or marketplace. For instance, if a seller is shipping a product to an Amazon customer in Japan, s/he has two options: either send it directly to the customer, which might take at least a week for delivery, or send it to the Amazon FC in Japan through the FBA programme – depending on customer behavior and popular categories – and get it delivered in two days after the order is placed.

Goods sold via Amazon’s FC will show ‘Shipped and Sold by Amazon’ Retail, while ‘Sold by Seller and Shipped by Amazon’ goes for FBA (Fulfilled by Amazon) items. If the seller does not choose FBA, it will show ‘Ship and Sold by seller.’ Customer service is done in local languages. In case of returns, the product just goes back to the respective country’s FC.

Products exported by Indian sellers to the US FC are delivered to Prime customers within two days of placing the order. Even same-day delivery is possible in some cases.

In August 2017, Amazon’s Indian rival Flipkart launched ‘Flipkart Global’ to provide its 100,000-plus sellers with an opportunity to export their products to buyers across 190+ countries, by leveraging the ecommerce export capability of eBay India, which it had acquired earlier.

But Amazon India is looking beyond e-tail, which is estimated to be around $2 billion by 2020, according to a study by IIFT-FICCI. A few days ago, Amazon India launched an online marketplace for exporters in the country to trade with the world. Named Amazon Business, this B2B selling platform is an extension of the Amazon Global Selling Programme. Now Indian exporters/B2B sellers can register on any of the Amazon marketplaces individually and export to the US, UK, Germany, Japan, and France.

Of course, online retail continues to be the priority. Domestic retail sellers on Amazon India’s platform can use the same account for B2B business too.

International demand for Indian products is the highest from Amazon’s marketplaces in the US, Canada, Mexico, UK, Spain, Germany, Italy, France, and Japan.

The highest number of Indian international exporters is from Delhi, Rajasthan, Maharashtra, Gujarat, and Uttar Pradesh - in that order. Among the Tier I cities, Delhi, Mumbai, Bengaluru, Hyderabad and Kolkata have the maximum number of international sellers.

So what is next for Amazon Global sellers?

Eric says, “We continue to invest in this programme; we have a new dedicated team in India. The next step is spreading more awareness through one-on-one interaction, events, and webinars to provide as much as information about the processes – logistics, tools, dashboard etc.”

Before he signs off, Eric repeats Amazon’s famous motto: It’s still Day 1. I was curious, so asked what happens on Day 2 for the 24-year-old company? Eric points to a wall poster, which quotes Founder-CEO Jeff Bezos:

That explains why Amazon continues to be one of the highest valued companies in the world.