Nandita Iyer’s journey from being trained as a medical doctor to a self-taught celebrity chef, blogger and published writer 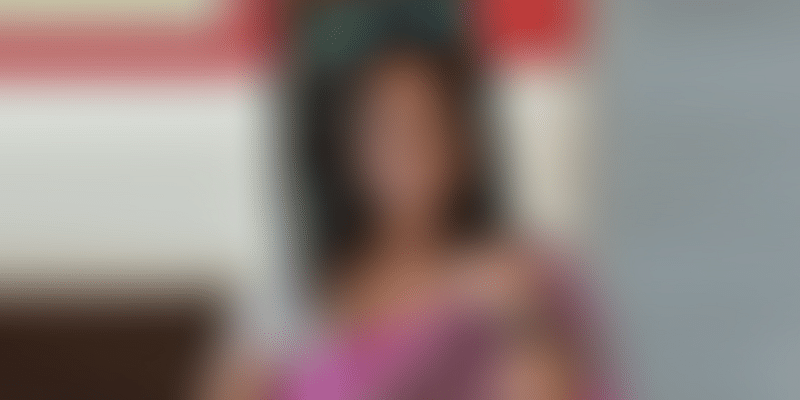 Nandita Iyer, a doctor by education, shares how something she started on an impulse has grown to become her life’s calling to help people discover healthy living by cooking and eating healthy. This is her #PassiontoPaycheck story.

As a kid, the kitchen was off limits for Dr Nandita Iyer. During festivals, when her grandmother and aunts were in charge of preparing delicacies, the stove would be kept on the floor because the cooking would go on for extended periods of time. “Due to safety concerns, I was barred from entering the kitchen. Being curious, I would peep in to see what they were cooking. That’s the only childhood memory I have that remotely has anything to do with my interest in cooking,” says Nandita, who is today a celebrated chef, food blogger, and a cookbook author.

Her other childhood memories include immersing herself in a pile of books, attending music classes, playing fun games with friends or indulging in creative exercises such as drawing, painting or writing poetry. “Cooking was the last thing on my mind then. Back then, it seemed like a chore,” she says.

Nandita went on to pursue a career in medicine with a specialisation in nutrition. Her first job involved working in an Intensive Care Unit at a hospital. When the hospital unexpectedly shut down, she took up a job at a health insurance company. “It was a great learning curve. I got to learn about a field which was completely new to me. But there was no outlet for my creative abilities. Hence, the feeling of fulfilment at work was missing in a big way.”

Though she still had a deep connection with healthcare, she actively began seeking opportunities in advertising. “I didn’t want to lose touch with what I had studied. And, I was lucky as I got a job that I wanted. I got to work at Ogilvy Healthcare. I didn’t have any advertising background, so I had to learn everything from scratch.”

Soon she had to move overseas for some years. After she returned to India, she became a freelance writer who contributed regularly on topics related to health and nutrition to a number of health magazines such as Complete Wellbeing, Men’s Health India, BBC Food. She even wrote regular columns on the subject in leading dailies. “I had never studied journalism, but writing came easily to me. And with editors guiding me along the way, I was able to hone yet another skill.”

Looking back on her journey, Nandita says, “Everything I have done, every little detour I took, it turned out to be a great learning opportunity. Be it my stint in finance, advertising or writing, it has helped me become what I am today. Each skill continues to immensely help me in my journey as a blogger, and as an author.”

The passion that took root in an impulsive activity

After she got married, Nandita moved to the US for a while where she was hooked to Food Network. She started Saffron Trail when she got back to India after a year or so, a food blog, to maintain a log of her kitchen adventures. “Back then, blogging wasn’t trendy as it is today. In fact, at times I had to explain to people what a blog was. I began food blogging because I was an impulsive cook who would experiment with recipes and ingredients. I thought a record of my cooking experiments would act a ready reference if I wanted to repeat a successful dish again.”

Soon she discovered a community of food bloggers. “When I read their beautifully scripted narratives, the enticing food pictures, it inspired me to put in more effort, more thought, and more time into the content I was creating. My blogging journey started to evolve from there on.”

March 2018 marks 12 years of Saffron Trail. “When I began blogging, I didn’t know I had a passion for cooking and writing about it. But my blog is alive and thriving, and I realise it is highly unlikely that it would have existed today if I didn’t have a passion for it.”

From vanity blogging to going pro

For the longest time, the blog was little more than a hobby, and not so much a career that brought a paycheck home. For nearly nine years, Nandita continued to blog about “whatever was cooked at home”. There was no calendar or schedule I followed when it came to content management.”

The shift to a more professional approach took place four years ago when brands started realising the blogger community’s potential. “Because blogging was beginning to get professional, I realised I needed to switch from blogging about what I cook, to cooking for my blog. I also began to understand the role of SEO, readers’ interests, the importance of a publishing calendar or schedule and other such intricacies.”

Nandita believes that the transition from being a hobby blogger to a professional blogger was another milestone in her career, even though she never had any intention to monetise the blog initially.

She realised it was challenging to get revenue from online ads unless you had at least half a million page views. The other solution was to build a niche audience and work with brands which this audience would relate to. “This way, the relationship with the audience is more organic, and you are not force-feeding irrelevant content. This style appealed to a lot of bloggers, including me. And that’s how my journey as a professional blogger, who brings home revenue, began.”

She supplemented her blogging by taking up freelance writing assignments and conducting culinary workshops on healthy salads, breads, and simple foods, which she says “were well received.” She also held sessions on various blogging-related topics.

Today, Saffron Trail is well-known among food enthusiasts. On her blog, Nandita shares recipes as well as her thoughts on nutrition, healthy eating and mindfulness to “simplify healthy eating” and thereby help readers “eat and live healthier.”

In June 2015, Hachette contacted Nandita for writing a cookbook. Two years and six months later, on December 13, 2017, her first book, The Everyday Healthy Vegetarian, was up on Amazon for pre-order. The book hit the No. 1 spot on the Amazon.in bestseller list in the Food & Drink category within 4 hours of announcing. “The response was beyond encouraging, especially for a cookbook from a non-celebrity, and even the publishers attested that it was quite unheard of.”

The 224-page book was officially released on January 5, 2018. While it’s too soon to share sales numbers, Nandita says the book has appealed to folks across generations, as is evident by social media posts.

The cookbook contains 105 recipes, crafted exclusively for the book, after multiple trials. They made their way into the book only if they fit the healthy bill, had ingredients that are considered “basic” in Indian kitchens today and passed the “will I make this again and eat it?” test.

Blending her interests to discover the joys of healthy living

Reflecting on her journey from being a doctor to becoming a published author, she says, “I always wanted to stay in touch with my creative side. Now I have many avenues – from crafting recipes, to plating, to food photography and expressing myself through the written word. More importantly, I am able to impact people positively by helping them cook and eat healthy.”

An early riser, who likes to complete most work related to her blog and other writing assignments in the wee hours of the morning when distractions are minimal, Nandita says there’s a sense of fulfilment in being able to follow her passion. “Today, my work involves things I enjoy doing as well as my ability to positively impact people. That, to me, is my biggest advantage of pursuing a passion and earning from it.”

When she’s not busy with her writing work, conducting workshops and shouldering family responsibilities, Nandita does yoga, goes for tennis lessons, and spends time in her kitchen garden growing and harvesting vegetables and fruits. She is also a trained singer and a hobby dancer.

While continuing to focus on the blog, Nandita is also keen to move on to her second book, and also restart her workshops which had taken a backseat when she was working on her first cookbook. “I want to take my readers on a journey to discover healthy eating, show them how everyday cooking is not expensive, boring or time consuming, and inspire them to opt for a healthier way of life,” she signs off.