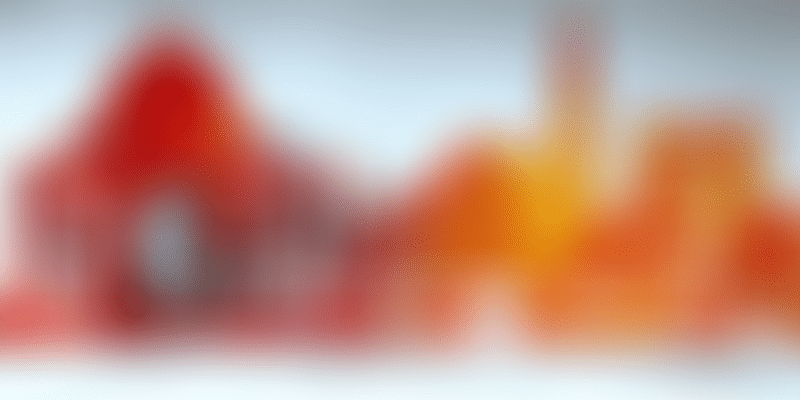 Bicycle-sharing startup Mobike was acquired by China’s Meituan Dianping, and Ofo started as a campus bike-sharing platform. In India, these companies are looking at bike sharing differently.

This isn’t Dexter Sim’s first visit to India. The Singaporean has visited the country multiple times, but this is his first time here as the Regional Expansion Manager, APAC, (Asia Pacific region) of Chinese bike-sharing unicorn Ofo.

“Initially, everyone thought bike-sharing to be motorcycle sharing, but when I said cycle sharing, everyone was sceptical. It has been years since many have given up on riding a bike. But on launch, they realised the story was different,” says Dexter.

Ofo and Mobike's brightly coloured bikes are hard to miss. Working like any ride-hailing app, one can order a cycle on the app, but the difference is, users can leave it anywhere when done. There are no ‘docks’ where the bikes are parked, and hence the name dockless bikes.

Speaking on the company's launch in India, Dai Wei, CEO and Founder of Ofo says that through its open and innovative bike-sharing platform, Ofo has brought a sustainable, convenient and affordable mode of travel to users in 21 countries.

“India is one of the key regional markets for Ofo globally. We are thrilled about starting our services and committed to expanding our services in the Indian market, help solve issues related to traffic congestion and air pollution,” he says.

While the numbers are still small in India, globally, the number of shared bike users was estimated at 209 million in 2017, and the market was worth 10.28 billion yuan. An iMedia Research report shows this number will touch 298 million users, and be worth 17.82 billion yuan, by the end of this year. By next year, the number of users will be 376 million, with a market size of 23.68 billion yuan.

Dexter knew India was a different market. In the 250 cities it operates in, Ofo has bikes that are made in China. Typically, the company ties up with Original Equipment Manufacturers, and cycles are built to specifications.

However, for the local market, the bikes could be ‘Made in India’ soon. Dexter, in fact, emphasised this point in a conversation with YourStory. Apart from the fact that roads in India are different, the team added that the bikes manufactured for Indian commuters are different.

“While bike-sharing cannot exist anywhere alone without government and regulatory support, it is more important in India,” explains Dexter.

The team began research for the Indian market in late 2017 and started with meeting government officials and municipal corporations. Dexter and his team realised that while the market for last-mile connectivity was strong, they needed to connect with the governments to make regulations for bike-sharing acceptable.

Ofo claims to have clocked over 1.1 million rides in just 10 weeks of operations in India. Globally, it has 32 million rides per day, of which 30 million are in China. It has 10 million bikes globally.

When the team studied the market in India, it realised it had the same problems that China had in the early 2000s - increasing vehicular traffic in metros, and the ensuing pollution.

Companies like Ofo and Mobike find India a lucrative market looking at the traffic, road safety and pollution. According to government data, close to over half-a-million people were injured in road accidents, and over 150,000 people were killed in India in 2016.

Even though the team started talks in Coimbatore, the first city they launched was in Pune in January this year.

The team says Coimbatore and Pune have each earmarked close to Rs 320 crore for bike sharing.

Why Pune and Coimbatore?

Mobike will also launch its operations in Pune. The company started hiring executives, and this month, roped in Vibhor Jain as CEO of India operations and Sujith Nair as CBO.

But why Pune? The city has a Pune Cycle Plan, which encourages bike sharing, which makes it easier to break into the market.

According to Pune Municipal Corporation’s (PMC) Environment Status Report 2016-17, with 700 private vehicles being added to the city’s roads every day, the vehicle population is now equal to its human population.

This rapid rise in vehicular traffic has led to air pollution, health problems, accidents, and higher time spent in traffic congestion. The focus of the Pune Cycle Plan is on the development of a sustainable urban transportation system and smart city solution to reduce traffic congestion.

While Ofo launched in Magarpatta township in Pune, Mobike is set to launch in Kothrud. Kunal Kumar, Joint Secretary, MoUD, and former Municipal Commissioner of PMC says that along with partnerships for public bicycle sharing with partners like Ofo, the civic body is creating an infrastructure where cycling is safe, attractive, comfortable and is the preferred mode of travel.

“Smart bicycle sharing compared to other public transport projects is affordable, people friendly, and easy to use. When utilised as a feeder system, it can provide first and last-mile connectivity to public transport systems such as BRTS and Metro,” says Kunal.

Mobike has over 9 million bicycles currently operating in over 200 cities across 16 countries. With India, Mobike enters its 17th country of operations in just over two years of inception.

Yet, unlike their global strategy, both Chinese giants are taking on India one step at a time. It is more of an education building model and breaking through the complex regulations in the country.

“So far, there is no law in India regarding bike sharing. Governments will cooperate once they understand they do not need to invest anything and existing infrastructure is enough. This is more possible in South India than the North, with Tier I cities boarding it first. The Chinese bike-sharing companies will need to work with the government as its support is essential for this.”

“In India, we are working to identify pockets where bike-sharing can be used on a regular basis. On the basis of usage patterns and data, we can expand further and deeper. Currently, we are focusing on government-based MoUs (Memorandum of Understanding), and campus launches, where there is already a market, and where people are looking to short distance commute on a regular basis.”

A challenging yet growing market

Jaspal, however, adds that dockless system is a challenge everywhere, not just in India. It depends on how proactive the government is. He says Singapore already has a policy that allocates spaces across the city for dockless bikes. If the bikes are not parked properly, you can blacklist the customer.

The concept of dockless bikes is not Ofo and Mobike's game alone. India too has its set of players in Zoomcar’s PEDL, Ola’s Pedal, Yulu, Letscycle, Mobycy, etc.

Apart from this, in September 2016, Chartered Speed, an Ahmedabad-based transport company, is believed to have entered into a partnership with Nextbike, a Germany-based bike-sharing startup, and is set to launch a digital bicycle-sharing platform across 100 cities.

According to media reports, the bicycle market in India is worth $1.2 billion, and production currently stands at 15 million units. Till date, bicycles remain the most important mode of transport in rural India.

Sanjay Nath, Managing Partner, Blume Ventures, believes India is a unique market where there is no "one size fits all" solution when it comes to transportation.

“Is there space for multiple players in this market? I would say two or three shortlisted ones will make it, like Ola (with TaxiForSure), and Uber. It also depends on who will be funded – deep pockets are needed to sustain till consumer behaviour and regulations are sorted out,” says Jaspal.