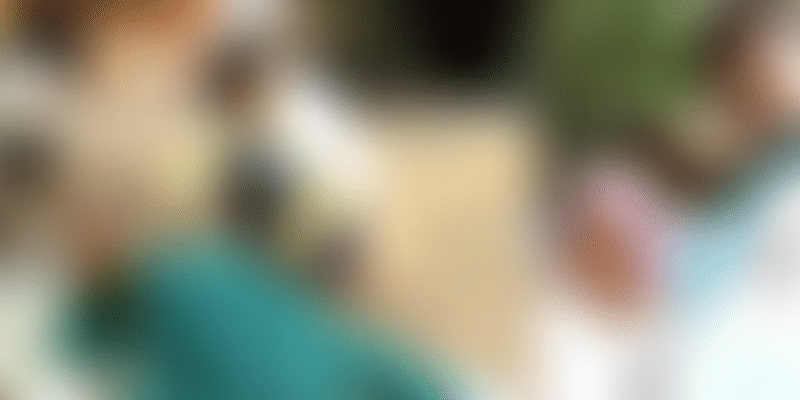 Every day, Dr Abhijit Sonawane does the rounds of Pune streets, offering beggars medical aid; his new initiative Beggars to Entrepreneurs helps these overlooked people earn a living with dignity.

Spotting beggars outside temples, shrines, and traffic signals is not new in India. While most of us limit our involvement to tossing them some change and passing by, here's the inspiring story of a doctor from Pune who is raising the bar.

Dr Abhijit Sonawane is often found walking around these streets, looking for people who need his help. With a stethoscope in hand and clad in a white coat, he has taken the generosity of his profession to the next level. For Dr Abhijit, who graduated in 1999, his first stint serving the public was when he went door-to-door, checking patients in a village. He worked up to a record of checking 60-70 patients every day; most days he made nothing more than Rs 30.

Speaking to ANI, he said,

“These elderly people are generally those who have been abandoned by their families and have no option but to beg. I do their checkups, and also give them free medicines, which I carry with me. I do this from 10 am to 3 pm, Monday to Saturday.”

Dr Abhijeet recalls that not earning any money soon led to him starving; he had no money in his pockets. This is when an elderly couple who came to collect alms outside a temple started to help him. Every day, they would keep aside some food for him; they also helped him with whatever money they had. In a conversation with The Better India, he said:

“For me, the old couple were my parents. They supported me financially and emotionally. How could I ever repay this generosity? I was indebted to them for life.”

After this difficult phase in his life, Abhijeet ended up in a job at an international medical organisation. However, he has now quit that job and returned to serving the public.

Apart from helping with medical needs and support, Dr Abhijeet recently he started an initiative called “Beggars to Entrepreneurs”, where he motivates people to start a small-time business, and helps with capital and mental support. Till now, he has helped 37 senior citizens give up begging and begin their own small businesses. May his tribe grow!