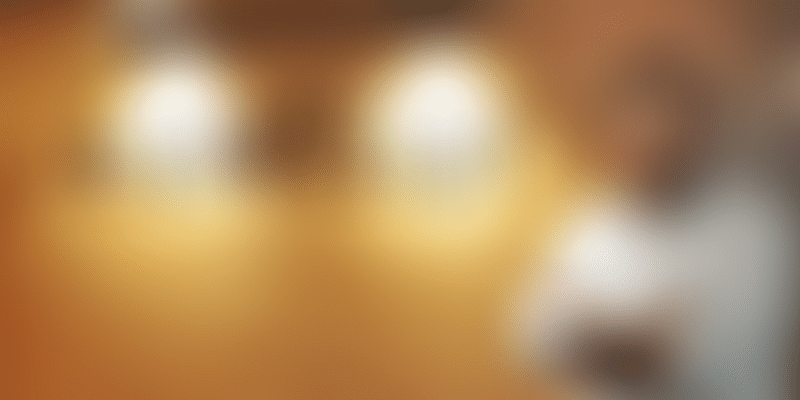 Bootstrapped edWisor looks to address skill shortage in the areas of data science and web development, and uses gamification to align freshers with industry requirements.

Entrepreneurs are driven by the desire to solve a big problem, and India's education sector provides many such challenges. In the quest to solve the skill gap between the aspirations of freshly-minted engineers, and the demands of the information technology (IT) industry, edWisor came into existence.

This three-year-old startup bridges the gap between industry requirements and the skills of fresh graduates, and uses gamification to keep things interesting. Ramandeep Singh Arora, who had worked with companies like the Boston Consulting Group, was seeking the big problem to solve. “I looked at problems in different areas, and education came to be one of the top in terms of quantum and size,” he says.

Ramandeep says 90 percent of technically-qualified students were not ready for jobs in the IT industry, primarily for two reasons - The curriculum was outdated, and there were no strong industry linkages.

He felt that in order to solve this problem, he had to get professionals from the industry to design content and curriculum for a course that would bring fresh graduates up to speed with industry requirements. In July 2015, edWisor was launched as an online skill workshop with a pilot at NIT Allahabad.

The company enrolled around 500 students for a small fee, but this proved to be a steep learning curve for the young startup. Only 50 students attended the courses following the registration, and Ramandeep wondered what could be the problem. Looking deeper, he realised students were only interested in a certificate, seen as a gateway to their dream job.

“The typical mindset among students was that more the number of certificates, equal skills,” says Arora.

He stopped enrolling students and went to the industry, which included both HR and technical managers, with a question. “What they were looking at during hiring, especially freshers, and the most common answer was they were looking at the skills.” As far as the question of certificates was concerned, it was largely seen as a hygiene check.

The pivot was in April 2016, when edWisor relaunched with the important question – ‘What are the skills we need to teach’.

“If the skills we teach are not needed in the market, then the whole purpose is lost,” Ramandeep says. EdWisor zeroed-in on those areas where there was massive skill shortage - Data science and Web development.

Unlike other players, edWisor did not touch a broad base, but did a deep dive into these two segments. “Why should I play in areas which are not solving the problem of skill shortage,” says Ramandeep. Once the strategy was in place, the next big challenge was to keep students engaged in their online courses.

“It has to be delivered in a way that they are engaged and motivated to complete it,” Ramandeep says. edWisor has done this through gamification, where a student has to cross several levels.

During the entire process of completing the course, students are evaluated by professionals who assess projects almost like a live environment of a company. As the entire training is done online, edWisor has students from across India.

The big challenge for edWisor was to get companies to come and hire its students. To surmount this challenge, Ramandeep says the team prepared each student's job readiness report, which captures data in terms of their skills and strengths. This data is provided to the companies, especially the hiring partners. In return, the companies get the opportunity to vet edWisor’s curriculum.

EdWisor does not provide any certificates, but prepares a global readiness report of the students, which helps them to line up the interviews. “Our interview to job offer ratio is 3:1, with 90 percent of the students already hired, or are waiting for the offer letter,” he says.

As edWisor operates under the B2C model, it charges students in the range of Rs 15,000 to Rs 20,000, while the data for companies is for free.

Ramandeep did not disclose the number of students who have completed its course, but says the business has grown 10x annually. The startup claimed it brought a positive impact to over 5,000 students and 200 companies.

The Indian online education market, which was estimated to be around $247 million in 2016, is expected to grow by almost eight times to touch $1.96 billion by 2021, according to a report by Google and KPMG. The number of paid users is expected to touch 9.6 million.

The students who take up edWisor’s courses are largely a mix of working professionals, freshers and also non-engineering students. Ramandeep says some startups are also willing to hire college dropouts if the individual has relevant programming skills.

The edWisor founder says the future roadmap of the company will depend on the trajectory of the technology. It may look at venturing into areas such as augmented reality, depending on the market requirement.

As far as the expansion plans go, the startup is looking to foray into international markets such as the Middle East and South East Asia. “We are evaluating Singapore and Dubai, and will go live in one of these countries by end of this year,” he says.

According to Ramandeep, several companies can be counted as its competition and fall under the three categories of online course providers, offline players and assessment companies. These include Byju’s, Coursera, Simplilearn, Upgrad, and Toppr, etc.

edWisor has received several investment offers, but Ramandeep says he is keen on a strategic partner who will not only bring in the money, but also the expertise. The company, which started with two people - Ramandeep and his first hire Aditya Kumar, who is now also the co-founder, has now grown to 120 people. It plans to double its staff soon. EdWisor also plans to have an R&D team in Bengaluru.

“Our responsibility does not end just with the course and a job opportunity to students, but they get a lifetime access to our content,” he says.