Freshworks crosses $100 million in ARR; shows the way to other SaaS startups 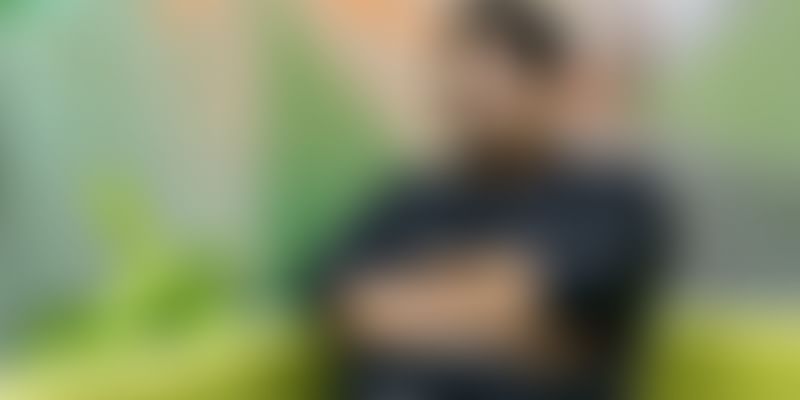 Freshworks, one of the few Indian SaaS companies to reach this revenue run rate after Zoho, has introduced Freshworks 360, a fully integrated cloud bundle.

Freshworks’ has a huge revenue base of more than 150,000 businesses and organisations worldwide, including large enterprises such as Honda, Bridgestone, Hugo Boss, University of Pennsylvania, Toshiba, Cisco, Veeva, OfficeMax, M&C Saatchi, and thousands of global SMB customers.

Agile customer engagement software and staying away from pricing based on legacy licensing models have contributed largely to Freshworks’ success.

“For too long, small business and enterprises have been left out in the cold when it when it comes to customer engagement software,” says Girish Mathrubootham, Co-founder and CEO of Freshworks.

“Sales, marketing, and customer support professionals have been forced to use bloated, siloed CRM and support systems, while HR and IT have been handed bulky products with unnecessary features and exorbitant price tags. We are on a mission to put easy-to-use business software in the hands of the people who need it,” he adds.

Sources in the industry say the company has seen fast growth and its ARR last year was around $75 million. Over 36 percent of Freshworks’ revenues come from larger customers; the remaining is from SMBs. The US and Europe, including the UK, provide around 40 percent each of the company’s business, Girish said. India remains the third largest market for Freshworks and majority of their revenues come from USA and UK.

Freshworks has constantly introduced products to stay ahead as a leading SaaS company. It has also expanded its portfolio of products to include Freshchat, Freshcaller, Freshmarketer, and Freshteam, a set designed to work together to help marketers, human resources, and support professionals to engage with customers and work together more effectively. It also announced that it would be launching Freshworks 360, a fully integrated cloud bundle that brings together sales, marketing, and support applications to provide users with a full, easy-to-use customer engagement experience.

Products contained within Freshworks 360 include Freshdesk, Freshsales, Freshmarketer, Freshcaller (call centre software) and Freshchat (customer messaging software). These will provide an easy way for users to access the entire history of customer conversations, data, and marketing touchpoints such as chats and social media mentions.

Current users of any Freshworks application can now access free trials of all the platform’s offerings from their existing Freshworks login using the Freshworks Switcher.

Where are the others?

SaaS is a big opportunity, but why is there only one Vembu and one Mathrubootham?

Although Zoho Corp and Freshworks follow two different funding models, the former is funded from cash accruals over two decades and the other from investor funds. But, at heart, both companies are the same. Sridhar Vembu, the Founder of Zoho, focuses on quick innovation and is a pioneer in democratising IT for smaller enterprises and businesses. That’s why, in a little more than a decade, sources peg the ARR of Zoho Corp at more than $500 million.

Much like Vembu, the DNA of Girish and his company Freshworks is to disrupt enterprise IT. In fact Girish worked with Zoho for several years before taking a plunge into entrepreneurship in 2010. The world was moving to cloud-based applications and Girish rode the wave.

Freshworks has so far raised $139 million from global investors such as Tiger Global, Accel, and Sequoia.

According to data available with YourStory, there are 227 SaaS startups that have raised money (pre-Series A and Series A plus) in India. Of these, the companies with a good revenue stream are Helpshift, Mindtickle, Chargebee, BrowserStack, and RateGain. However, all of them are chasing an ARR of $30 million or lesser. This puts Girish in the leader’s pack and Freshworks represents a few Indian companies in the SaaS space poised to get billion-dollar valuations. Firms like Aryaka and Manthan are also in the race towards being valued highly by investors.

SaaS remains the largest segment of the cloud market, with revenue expected to grow 22.2 percent to reach $73.6 billion in 2018. Gartner expects SaaS to reach 45 percent of total application software spending by 2021.

Against this global backdrop, India continues to create SaaS startups such as Freshworks for the world.