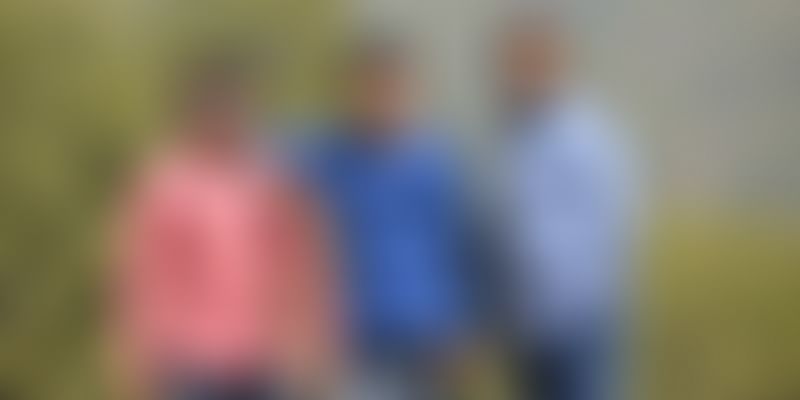 Husain Saify’s Bhopal-based software services startup HackerKernel is one of the few enterprises from a Tier II city to make a mark internationally.

In 2015, Hussain Saify was working in his father’s shoe store and learning how to code as he manned the cash till. Cut to three years later. Hussain, now 21 years old, and having completed a Bachelor of Computer Application degree, runs HackerKernel, one of Bhopal’s leading startups. His software services startup, which was set up with less than Rs 5,000, now boasts revenues of more than Rs 1 crore.

In less than three years, Hussain has built a company that employs 25 engineers who serve more than 200 companies. His clients include Eduzina, Zingfy, and Madcue.

Hussain was an early starter. By the age of 12, he began to learn C++ and HTML on his own. He started out as a freelance web developer in 2015 with a single aim: paying his own internet bills. And when he got an offer to build an ecommerce website for a local brand, he didn’t say no.

“My first customer was a local fast-food brand,” Hussain says. He says the outlet served very good burgers, but the owner was unaware of the internet’s potential. Hussain suggested creating a website and adding a narrative to help many more people discover the eatery.

His first paycheque - Rs 5,000 - was the capital Hussain invested in HackerKernel. Working in his dad’s store, he began learning technologies like Javascript and Android development; he also started writing programming blogs and making YouTube tutorials on “programming”. This led him to launch HackerKernel in late 2015.

“I became popular with these videos. People started reaching out to me with project enquiries. I started to take up these projects and began to earn Rs 15,000-20,000 per month,” he recalls. When the number of projects went up, he asked his friend, Rithik Soni, to begin programming along with him. Soon, startups from Bhopal and Indore began to connect with HackerKernel. They started developing mobile applications; a third co-founder, Yash Dabi, joined in 2016. Both Husain’s co-founders take salaries as the company is generating money. Every IT project involves upfront payment.

Hacker Kernel provides mobile and web application development services to startups and enterprises all over the world. With clients in Dubai, the US, and Japan, it is one of the few companies from a Tier II city to be doing well.

“We are working on native application technologies like Flutter and React Native, which are the future,” Hussain says.

According to E&Y, there are more than 50 million SMEs and over 20,000 startups in India. Ever since the Startup India programme was announced two years ago more than 8,000 startups have cropped up.

Hacker Kernel works on a time and material model. If a company wants an app developed, it charges for the complexity and the time spent by a set team on finishing the project. The company works on strict SLAs and guarantees delivery.

An ordinary website with ecommerce features costs anything between Rs 5,000 and Rs 20,000, depending upon the catalogue size and the content. Charges for UI/UX are added as this involves programming for interaction and makes it easier for the consumer to access the service or product.

For example, HackerKernel built an online clinic management app called PhysioDesk Pro, which is made available to physiotherapists in global markets. The app, exclusive to PhysioDesk, a health and fitness company, allows physiotherapists to manage patients and online prescriptions.

These days, every small business wants websites and apps. Companies like HackerKernel execute these projects on behalf of these SMBs on a turnkey basis. Venk Krishnan, founder of Nu Ventures says: “These small businesses are the true employers in India.”

HackerKernel today may be making Rs 1 crore in revenues, but the soaring demand for web and app development could see it spreading its wings.