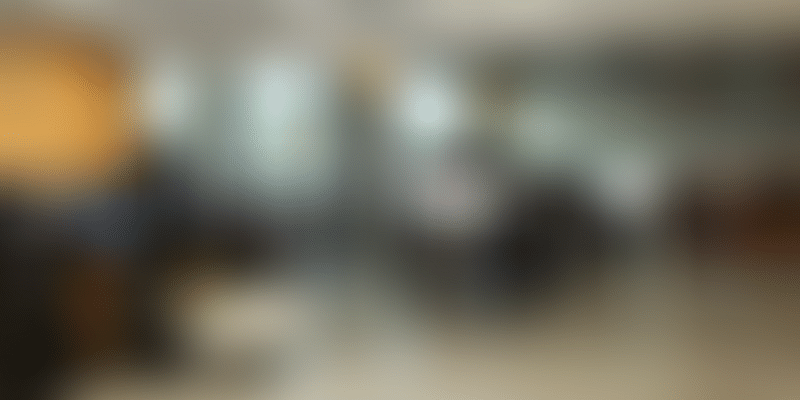 The SAP Startup Social brought key stakeholders to a common platform to keep the startup ecosystem buzzing with new ideas fuelled by technology.

The energy was visible as technology startups, entrepreneurs, investors, tech honchos, and curious employees came together on a common platform at the SAP Startup Social event held in Bengaluru on Thursday. Flipkart Co-founder Binny Bansal and Peter Vesterbacka, the man behind the viral video game Angry Birds, offered their insights on their entrepreneurial journey.

Also present at the event were Rajiv Srivatsa, Co-Founder, Urban Ladder; Jitendra Gupta, MD, PayU India, and Co-founder, Citrus Pay; and P C Mustafa, Founder, iD Foods. At a fireside chat during the event, Binny shared his experiences as a startup founder, and becoming a successful entrepreneur. “I think in the early stage it is very important to iterate quickly and fail fast,” he said.

Binny offered other mantras for success, including bringing about a culture of being cost conscious early in the entrepreneurial journey and hiring the right kind of people.

SAP also announced the graduation of 16 startups from the second cohort of its accelerator programme, SAP Startup Studio. Six of these are developing co-innovation products with SAP, while a few others are building on the SAP Leonardo platform, which combines emerging technologies like Artificial Intelligence, Machine Learning, advanced analytics and Blockchain to solve specific business problems.

SAP Startup Studio is a two-year-old startup accelerator programme that provides a one-year end-to-end engagement platform for startups to accelerate their growth journey.

This year, the cohort also saw increased interest from the venture capital community.

Skillate, an early stage startup, which entered the programme with just three founders, went on to raise funds and increase its team to 14 members over the year. Another successful startup is Entropik Tech, which closed a pre-Series A round of $1.1 million to scale its AI-based platform, launch more IP-based products, and expand its footprint.

The event saw Peter Vesterbacka speaking about his journey of building Angry Birds in Finland and how it became a fast-growing consumer brand and one of the biggest gaming companies in the world with four billion downloads.

Vesterbacka is also passionate about education. “Education is actually the second biggest market on the planet. It is second only to food and is a $6.3 trillion market, which is a lot of money. As education in Finland is the best, then why don’t we apply Finnish thinking to it and reduce it to half? The idea is to achieve better results by doing less, which makes it efficient,” he said.

The SAP Startup Social event this year saw over 600 ecosystem participants, 50 investors, and 32 CIOs in attendance. Launched in 2016, SAP Startup Social, the largest corporate startup accelerator-driven summit in India, is an annual commune for various collaborators within the startup ecosystem in India.

Siddharth Bhatia, VP, Invest India, said, “Ours is a $2.5 trillion economy. It took 60 years to get the first trillion while the second trillion came in the next eight years. This gives a sense of the pace at which we are growing.”

He also highlighted the many initiatives the government has introduced to boost the startup ecosystem, be it Tinkering Labs, Atal Innovation Labs or the Startup India learning programmes. Access to funds, IPR support, incubation programmes, and Startup Yatra are the government’s key focus areas.

The event buzzed with activity as stimulating sessions were held across various topics - entrepreneurship, design, and technology. These featured government officials from Telangana and Karnataka.

The attendees addressed how startups are scaling up through effective synergies with enterprises and working on design-led innovations for the world. Additionally, global innovation specialist ‘Get in the Ring’ invited startups to their Enterprise Challenge to pitch their idea to a host of judges and business leaders, giving them the opportunity to practice their pitch, gain valuable feedback from mentors, and connect with peers.

Entrepreneurs also narrated their experiences and highlighted the advantages of the SAP’s accelerator programme.

Monis Khan, Co-Founder and CEO, Datoin, said, “SAP Startup Studio gave us an excellent platform during the growth stage. We have gained significantly by being a part of the SAP’s startup accelerator programme.”

Ranjankumar, Founder & CEO, Entropik Tech said, “Partnering with SAP provided us with a platform to accelerate our growth. In the one year of incubation we had access to SAP’s technology mentors, sharpened our go-to market strategy, and benefited through the multiple connects and learnings from the startup ecosystem that SAP Startup Studio facilitated.”

The event was not just about serious discussions as numerous humorous anecdotes were shared by various participants. Binny spoke about growing up in Chandigarh, hostel days at IIT-Delhi, and how he landed a job at Amazon in Bengaluru, which resulted in a partnership with Sachin Bansal.

“The funny story is when I joined Amazon Sachin had actually referred me and got a referral bonus. However, he had to pay it back as I left in eight months. He is still bitter about that.” Binny remarked.